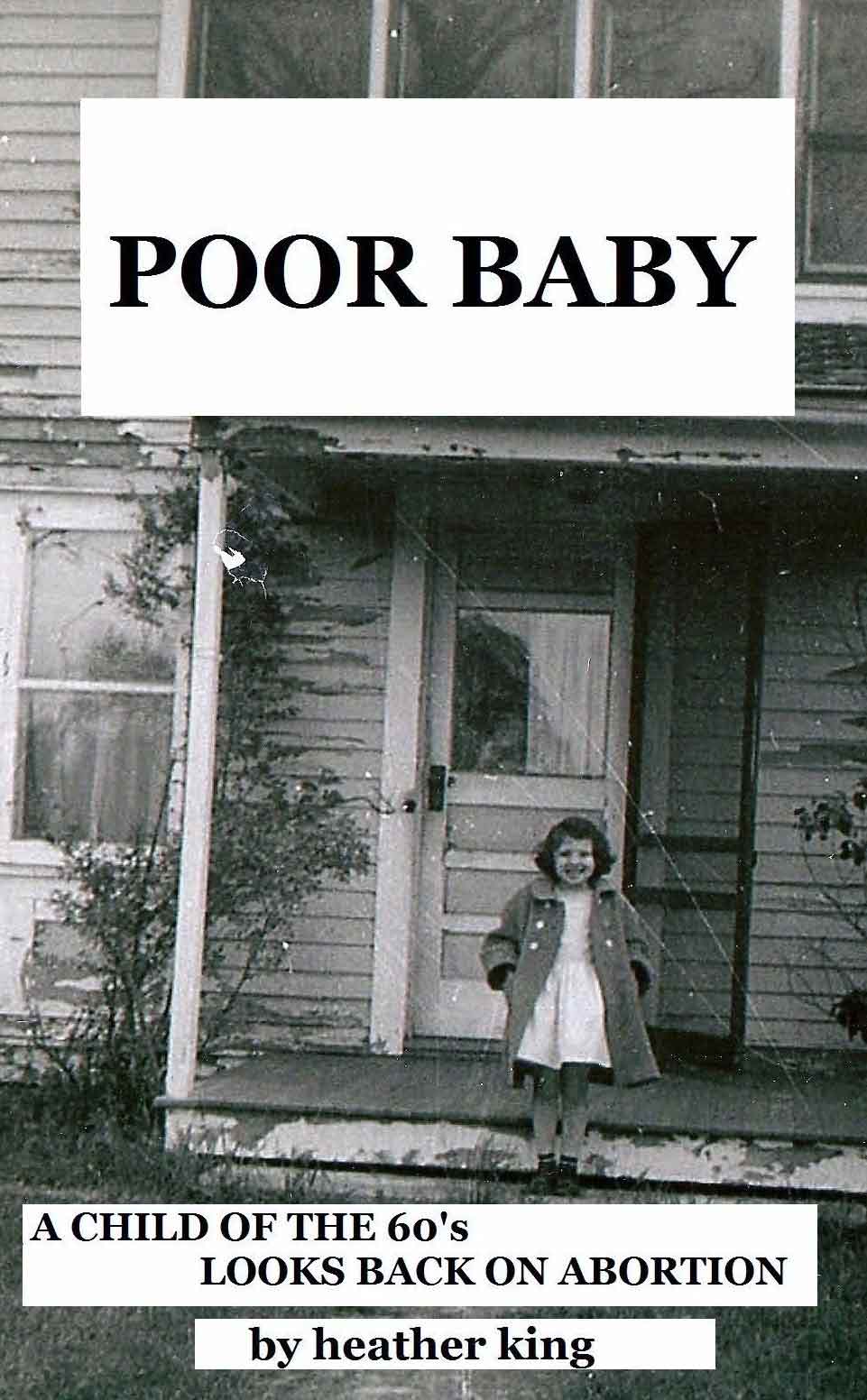 A CHILD OF THE 60s  LOOKS BACK AT ABORTION

POOR BABY is the tragicomic story of a harsh and dreadful thing. May it shed some light on our collective yearning for love.

I came of age during the ’60’s and ’70’s. I’m a former waitress, an ex-lawyer, a sober barfly, a Catholic convert, and a self-supporting writer. I’ve been financially independent all my life. But I’ve never much been able to reduce the mystical to the political. I’ve never been much moved to call myself a feminist. The feminists had said that sleeping around would be empowering. The feminists had maintained that “choosing” would make me free. The feminists had asserted that there’d be no repercussions. The feminists had been wrong.

That I’m for life–and against abortion, war, the prison industry, capital punishment, and destroying all that is most precious in ourselves and those around us–is a given. That I’m for life–all of life–is why I suffered, in silence, in guilt, in sorrow, for over twenty years.

Even women, who will talk about anything, don’t talk about abortion. But I do, in this 54-page essay that I hope might open the door to a new way of thinking about and talking about this difficult subject. Because abortion is not a political issue; abortion is a mystical issue. Abortion is a matter of emotional and spiritual poverty, of what we inherit from our parents and what we pass on to our children, of what we absorb from a culture that is saturated with violence. As Dostoevsky’s observed: “Love in reality is a harsh and dreadful thing compared to love in dreams.”

From Day 2 of the “Healing Retreat”:

“When are we going to get to process, or pray, or write madly in our journals?”  I’d already started to wonder by Saturday morning, but I knew enough to “Take what you like and leave the rest.” Sacramental life had taught me to overlook any amount of external hokiness and to see the love at the center. Their pure intentions, coupled with mine, would stand us all in good stead.

Saturday morning we had more living Scripture, but Saturday afternoon, we were finally invited to break into small groups and share. I am a big, big fan of the shared story. There is some huge transformative power in telling your story, in your own words, not for the purpose of getting critiqued or commented upon or challenged, but simply in order to say: I am here. I signify. Also, people tend to be amazingly articulate, sincere, insightful, moving, and with luck, funny, when they tell their own stories—especially if events are involved of which they are not all that proud.

I nabbed a chocolate chip cookie that would have served as dessert for four and settled in. An elderly gal limped in late muttering in an East European accent, “God almighty! Have they changed the schedule again? They change without telling us, no, no, go ahead without me. My life has been hell, HELL!” with a small forbearing smile. This was Karel, 84, who had survived the Nazi occupation of Czechoslovakia, been deported along with her abusive husband to Bolivia, suffered two abortions while awaiting asylum to the U.S. and basically starving to death, and mourned the losses every day for the intervening forty-odd years. Mai, a Vietnamese woman who worked as a bank teller, had aborted after a fling with a gang banger. Narida, an airline executive, had been born in Mumbai, lived all over the world, and undergone five abortions, the last of which, coupled with the dastardly behavior of the guy in question, had prompted a major examination of conscience.

I’d told my own story, or bits and pieces of it, before: in my essays and books, in Confession, to Christine. But to tell it to other women and men who had also suffered abortion was an experience of a different order: a different kind of vulnerability, a different kind of acceptance, a different kind of seeing that, like them, I was a fallible human being who had made a very wrong choice and who had also suffered for it; had perhaps suffered long enough. I didn’t tell anything new. I didn’t feel any dramatic turning-of-the-corner release. But I did realize as I spoke that abortion is in a way a kind of suicide. You’re killing a part of yourself. You’re saying I’m not worthy to perpetuate my place on earth, my spirit and soul.