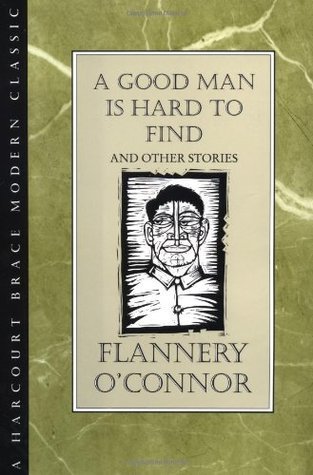 “I write the way I do because (not though) I am Catholic. This is a fact and nothing covers it like a bald statement. However, I am a Catholic peculiarly possessed of the modern consciousness, that thing Jung describes as unhistorical, solitary, and guilty. To possess this within the Church is to bear a burden, and a necessary burden for the conscious Catholic. It’s to feel the contemporary situation at the ultimate level.

I think that the Church is the only thing that is going to make this horrible world we are coming to endurable; the only thing that makes the Church endurable is that somehow she is the body of Christ and that on this we are fed. It seems to be a fact that you have to suffer as much from the Church as for it but if you believe in the divinity of Christ, you have to cherish the world at the same time that you struggle to endure it. This may explain the lack of bitterness in the stories.”

–Flannery O’Connor, re her short story collection A Good Man is Hard to Find

Emphasis on “It seems to be a fact that you have to suffer as much from the Church as for it.”

As any Catholic knows, part of the Cross is enduring homilies that grate like chalk going the wrong way up a blackboard. We’ve all been to Masses where the priest’s major mode is “harangue.” During the week especially, the parishioners are people mostly in their 60s, 70s or even older who have obviously spruced themselves up and hauled their aching bodies to church, longing for a word of accompaniment, comfort, consolation.

Instead, we get reproached on behalf of the many people who SHOULD be there, but aren’t. ‘You know why there aren’t more people at Mass, my dear brothers and sisters?” Father asked one recent morning. “I’ll tell you why. Because we’re not MARKETING CORRECTLY!” I glanced at the crucifix above the alter, where Christ hung dying, his body contorted in agony. How do you propose to “sell” that?

I tried not to squirm and sigh and roll my eyes, but not entirely successfully. “Thank God!” I muttered when he finished, and I did mean God the Father who I had a hard time believing wasn’t squirming, too.

But later that day I suddenly thought: “Could you not sit with me an hour?”–Christ’s anguished, agitated question to his disciples in the Garden at Gethsemane.

So little is asked of us, really; and like the disciples, I had (mentally) fled, unable to bear even six minutes of mild discomfort.

I thought of the Christians in North Korea who are being imprisoned, tortured, beaten, starved. I thought of Servant of God Fr. Walter Ciszek (whose memorial, once he’s canonized, will be tomorrow): saying Mass under pentaly of death in the woods of his prison camp in Siberia, for men who had fasted since midnight the night before in order to receive the Eucharist. I thought of Blessed Fr. Stanley Rother, “the shepherd who would not leave his flock,” the Oklahoma priest who insisted on staying with the Guatemalan peasants he served in spite of death threats, and who was assassinated there, in his room one night, by paramilitary thugs.

Those are the people who remind me that we don’t market the Cross; we carry it.

14 Replies to “THE MODERN CONSCIOUSNESS”