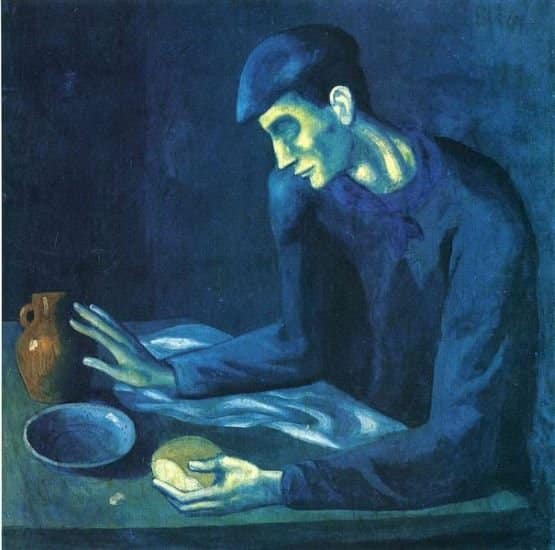 I’ve had a couple of interesting experiences with/in prayer lately.

Or actually one experience: two variations.

Both times I was struggling and had become somewhat obsessed with a seemingly intractable conflict. One involved a personal relationship. The other had to do with one of my oldest unfruitful ideas: that if I were really a “good person,” I would give all my money away to the poor.

This is a notion that has flared and somewhat receded many many times over the course of my life. I needn’t go into the boring details.

I earmark a certain amount of money each month to give away. But lately I’ve been thinking a lot about tithing 10% (which would be more than my current alms count). (Side story: I brought the idea to Confession last week and the priest suggested that I tithe 10 percent of my income to—in so many words, him. “Good one, Father,” I chuckled. Then I realized he was dead serious.  “Then the priest will pray for you!” he insisted. I suppressed the urge to ask, “Don’t we do that for each other for free?” and focused on the rest of what he said, a lot of which was quite valuable).

A normal person would just do it and shut up, but such simplicity is beyond me.

The point is that in both instances I prayed, I mean really prayed as in surrendered all notion that I could figure it out, change myself, force myself into a solution, et cetera.

And in both instances an “answer” came, in the form of an action that was straight out of left field. That didn’t address the situation head-on so to speak but came at it obliquely.

I won’t go into the first situation except to say that I opened myself up, took responsibility for my past actions, made myself vulnerable, left it at that, and feel at peace around it in a way I haven’t in years, or really ever.

Wringing my hands over a genuine or subconsciously contrived conflict is not the same as admitting defeat and powerlessness. Which involves coming to believe that a Power greater than myself can restore me to sanity, making a decision turn my will and my life over, embarking on an interior housecleaning and taking the actions to change the things I can.

As for the tithing, what floated up in prayer was, more or less: “Why not get back to your desk and the discipline of daily writing? Sure, tithe 10% if that helps set your mind at ease. But money is far from the highest, best thing you have to give. One major thing you have to give is your writing. It’s not much but it’s what you have.”

Instantly, I knew this was just right. I’d imperceptibly lapsed into one of my periodic Why bother? phases, coupled with the more recent Can I retire now? phase.

Not so fast, the answer came.

As my spiritual director pointed out later, a truer question might be not, Should I tithe? but Is that struggle taking you away from your true gift?