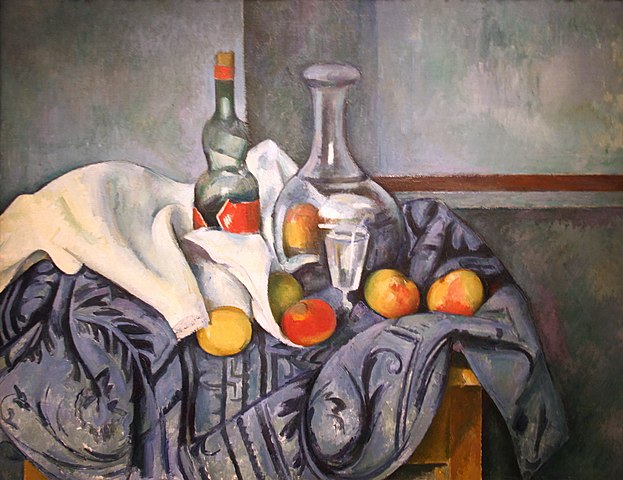 This week’s adventure, or one of them, began last Saturday. I was working in my office when I swore I could hear a weird noise in the kitchen, like when one of the appliances for no reason clears it throat or sneezes.

After going out to investigate, I traced it to the toaster which sits in a corner of the kitchen counter. I tend to be either hypervigilant or hyper-vague and in this instance I decided to go with the vague. Hunh, I thought. Maybe a rogue jolt of electricity has traveled through the cord and has decided to manifest in a faint tap-tap-tap.

Of course I did not actually look into or otherwise investigate the toaster. I “forgot” about it till the next day when I heard an even louder sound and realized there was an animal of some kind IN THE FREAKING TOASTER.

We all know what that means.

So I gave that whole area, which includes the sink, the cupboard with all of my dry food, and the coffeemaker a very wide berth, hoping the noise would “just stop.” But that night before going to bed I glanced furtively over and a small HEAD emerged from one of the toaster apertures.

I thought I would have a heart attack and emitted a long, loud shriek just like in the movies. The head disappeared and I went to bed with a blanket stuffed around my bedroom door in case the thing crept up on me in the night and tried to eat me.

It was all very unsettling and Monday morning I placed the right call, though the person couldn’t come till today. Meanwhile my friends made funny jokes like “Hah, why not press the lever and turn turn the toaster on!” I said “Well for one reason because I will not come within ten feet of the toaster so I couldn’t reach.”

Mike the Terminator Man arrived around 11 today and could not have been nicer or more informative.

“Can you look in the toaster?!” I cried first thing. “I’m afraid to go near it!” He ascertained that my friend was nowhere in sight, alive or dead (I don’t know which would have been worse), looked around, reported that the mouse seemed to be gone, seemed to have been alone, and had not in any way set up shop. He said it’s a very common occurrence for a single such animal to slip through a door, find some food or crumbs or whatever, go into hiding when a person appears, figure out the scene isn’t congenial, and leave.

I asked Mike if he had undergone some kind of psychological training–obviously he deals with way worse situations than mine–and he said “No, baptism by fire,” and now nothing fazes him.

He said he has dealt with grown hulking military men who were literally crouching on the dining table crying, begging him to get rid of whatever. Wusses! Why, I only turned all the lights in the house on each night, washed my dishes in the bathroom sink for three days, moved whatever food I needed to the dining room, jumped back a mile when opening a drawer or door, and was kind of unable fully to function till Mike showed up.

He set some traps and put out some kind of food and is coming back Friday at 7, he feels quite sure to give me the all-clear green light confirming that I had one rogue creature. He also suggested buying some oil of peppermint,mixing it with water, and spraying all around the doors and anyplace else that occurs to me as “they” are very sensitive to smell and especially dislike peppermint.

Mike also pointed out that different people have different thresholds around various kinds of fears. For example, when he asked what I did, and I told him, he said, “Well there you go! Sitting down in front of a blank piece of paper and having to write would give me tremendous anxiety!” “I can speak in front of people, too!” I added, trying to save face after having announced that I would rather go stay in a hotel than have to dispose of a trap with something dead in it.

Reflecting on my situation during the last few days, I did realize the mouse was a metaphor for all the tiny things in my life that I make a huge deal over in my head, and often heart, which also make it difficult fully to function.

I’ve asked many many people for help lately, and that is all to the good as I tend toward self-reliance in a way that can border on mental illness. The other day, for example, I needed to find a witness to my signaure for my Arizona living will as I was going to the doctor that afternoon. So I went out to the sidewalk and simply flagged down the first passerby–who happened to be a doctor, and to live just around the corner. Lovely man!

I’ve also met my neighbors on both sides and two others across the street and thus feel more at home by the day.

I’ve also made some very exciting progress vis-a-vis my attitude toward doctors and the health care system. But that can wait till next time. Wishing everyone a splendid week.

16 Replies to “A KITCHEN GUEST”