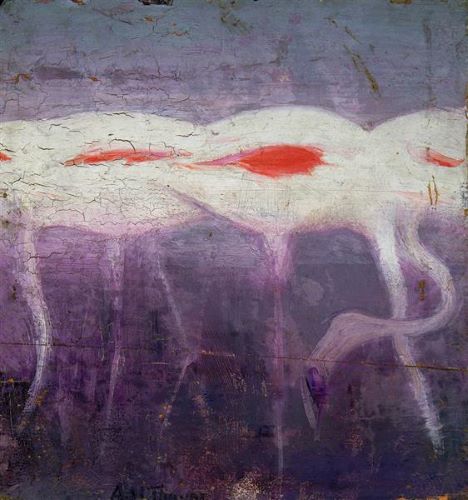 Here are some things I’ve noticed about Tucson.

One is that I live in a wildlife park!

There’s a Cooper’s hawk, for example, that takes its kill to this one beat-up branch of the juniper in the front yard. I glanced that way the other day and there’s a total bird corpse with the tail feathers spread that I cannot bring myself to dislodge. I’m hoping it just disintegrates up there.

That was after reading an article somewhere in which the writer noted that zillions of birds die each year but that we don’t generally see them, either because they crawl into a bush to die, or something eats them right away, or they’re so light that they decompose quickly.

The very next day I unlocked my front gate as I do each morning and a dead bird was lying smack in front of it. A few weeks before I’d already found another dead bird in the side ramada.

So there’s that. Then the other day I spotted a Gila woodpecker, a bird the size of a pigeon, clamped onto and slurping away at the hummingbird feeder. Which is kind of like coming upon a high school linebacker drinking from a baby bottle.

Later in the day I heard this weird tapping/rustling sound coming from the kitchen and thought “Oh my God, is there a freaking mouse in the sink?” So I tiptoed out and after a while figured out that another (or the same, hyped on sugar) Gila woodpecker was on the other side of the kitchen window, viciously pecking at the main post of the ramada, hammering away and then craning its neck in the most fascinating way to angle its beak into the hole.

An armada of varmint squirrels keeps coming up onto the back porch and shoveling potting soil from my plants every which way.

I recently swept up a dead baby lizard on the front patio.

The place at night is…swarming might be too strong a word, but let’s say the moths make themselves at home. As do mosquitoes, small fly-like creatures, and any other number of minute zooming winged insects.

A corollary phenomenon: What with the general desert landscape and color palette, many many objects lying on or by the street could be dead animals–or they could be rocks, twigs, branches, palm tree refuse, or clods of dirt, mud or dust. So walking down the street, I’m sort of constantly jumping back or skipping a heartbeat or going “EEeeeek!” only to find that I’ve been frightened half out of my wits by a dessicated cactus pad.

Although the other day I was ambling down the sidewalk and briefly thought, “Why that looks like a dead squirrel up ahead, ha ha,” and when I came abreast it really was a dead squirrel. Though thankfully it had been dead for quite some time and was well ready to be made into a hat for Daniel Boone.

Also, this has happened many times, I’ll be wandering around the house and bend down to pick up what I think is a crumb or cracker fragment or squashed raisin and just as I’m about to pick it up, the thing moves!

For God’s sake, what am I, on safari? I wondered the other night.

Anyway, never a dull moment. I enjoy living so close to “nature” and look forward to many more adventures–with the living and the dead.

11 Replies to “THE LIVING AND THE DEAD”