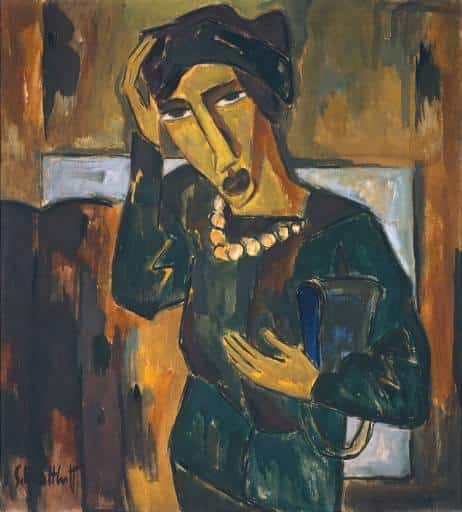 The other day I went to noon Mass, Confession before. Around the responsorial Psalm, a woman arrived late, sat in the pew behind me, and immediately started rummaging through her purse, crackling, unzipping, dumping, rearranging. My God, I thought in my usually humble and contrite way, Shut UP already!

Of course she did not. And as my blood pressure began a precipitous rise, I suddenly realized that her external compulsivity exactly mirrored my inward compulsivity. The real reason I wanted her to shut up was that she was interfering with the loop that had been running through my sleep-starved brain almost since I’d woken that day.

“Should I go to Trader Joe’s after this, or do I have the strength? Maybe I should just stop at Time Market. But I want that soft blue cheese that they have at Trader’s Joe’s. Would the one up on Campbell be closer or should I go to the Grant Ave. one? Maybe I should just have crackers and cheese and take a nap. But no, I’m out of milk and eggs, too, so then I’d have to go tomorrow and I’ll obsess about that and what if I don’t sleep again tonight?”

Lord have mercy indeed. Compared to me, the woman behind me was QUIET.

I love when stuff like that happens. My heart opened to her, another suffering soul. Maybe she was checking the US Open scores on her phone, another thing I personally had been obsessing about for the past week.

And then about three seconds later, she quit rummaging around in her purse.

Hosanna in the highest.

15 Replies to “THE MYSTICAL BODY”