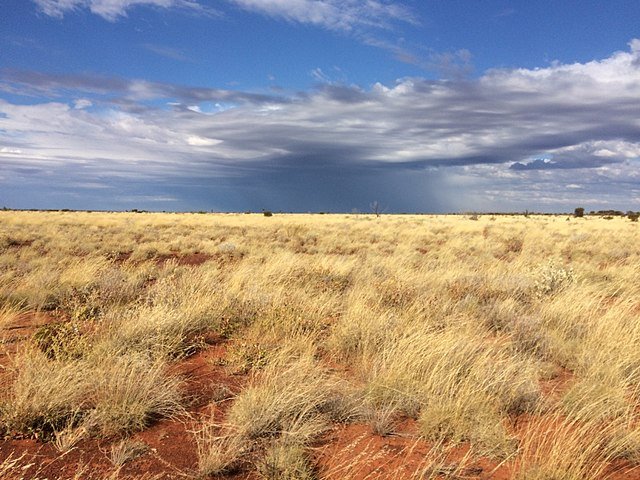 Desert People is an hour-long documentary shot in 1965 in the Gibson Desert of Australia’s Western Desert, Shot in black-and-white and produced by the National Film and Sound Archive of Australia, the film follows two families headed up, respectively, by Djagamara and Minma.

I happened upon the film on Kanopy (ten free monthly movies with your LA Public Library card!), watched a random sample, and ended up sitting through the whole thing, transfixed.

The Western Desert covers over half a million square miles and is one of the most arid regions in Australia. At the time, possibly three or four family groups still remained, making their way as nomadic hunger-gatherers in this remote expanse of land.

These people had nothing and I mean nothing! Not clothes, not shelter.