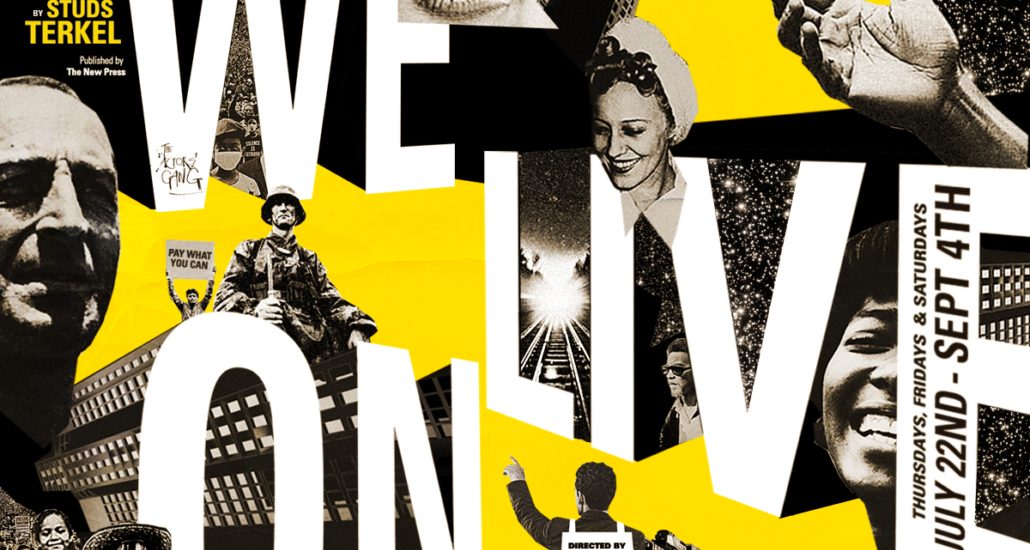 The Actors’ Gang Theater is currently presenting “We Live On,” a three-part live virtual production based on the 1970 classic Hard Times by Studs Terkel.

Tim Robbins adds additional text and directs. The series runs through September 4 and is being offered to the public with a pay what you can  admission.

Each of the three parts presents ten stories from the Great Depression and stands on its own. With music by Cameron Dye and David Robbins, this world premiere features stories by, among others, labor activists Dolores Huerta and Cesar Chavez, and Catholic Worker co-founder Dorothy Day.

What was their experience of the Great Depression? How did they make it through? What reserves of resilience, courage and integrity did they call upon? Terkel, who liked to call himself “a guerrilla journalist with a tape recorder,” asked questions. He listened. And he wrote down the stories of those who would otherwise have remained anonymous, overlooked and forgotten.