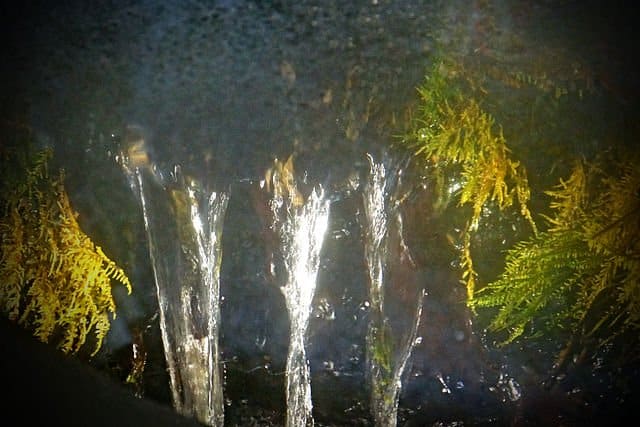 "SPRING IN THE GROTTO," credit Denis Jarvis, courtesy wikicommons.
The original spring at Lourdes is covered with plexiglass so water is provided by taps in different locations at the site.

Lourdes (2019), a documentary directed by Thierry Demaizière and Alban Teurlai, centers on the small town in southern France where the Virgin Mary appeared to teenager Bernadette Soubiros 160 years ago.

Today over three million people visit Lourdes each year, including 100,000 volunteers and 80,000 malades: the ill and/or  disabled.

But the documentary goes in a different direction entirely.

The opening shot is of various hands—some work-worn, some beringed, some wrapped with rosaries–stroking, touching, caressing, the walls and ceiling of the grotto.

“When you are at Lourdes,” the message runs, “you can show yourself as you are, in all your grandeur and all your weakness.”

13 Replies to “LOURDES, A DOCUMENTARY”