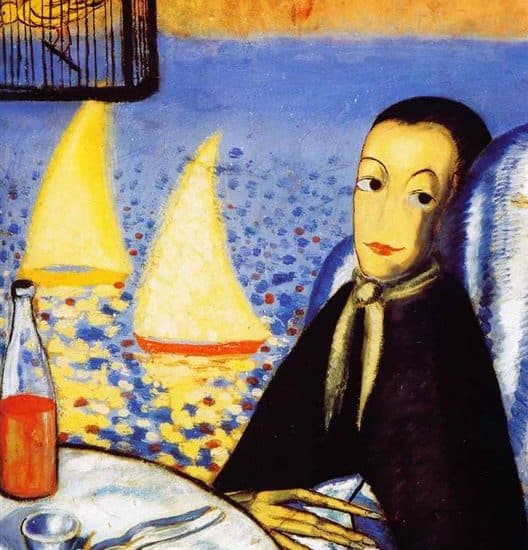 Last week in morning prayer, on the Memorial of St. Henry, I came across this passage that struck to the marrow:

From a homily on the Acts of the Apostles by Saint John Chrysostom, bishop

There is nothing colder than a Christian who does not seek to save others.

You cannot plead poverty here; the widow putting in her two small coins will be your accuser. Peter said: Silver and gold I have not. Peter was so poor that he was often hungry and went without necessary food….

Each one can help his neighbor if only he is willing to do what is in his power…If we had a garden, we would much prefer trees with fruit—pomegranates and olives—to trees that are for pleasure, not for utility, and any utility these have is small.

Such are those men who think only of their own concerns. In fact, they are even worse: the trees are at least useful for building or for protection, whereas the selfish are fit only for punishment. Such were those foolish virgins who were chaste, comely and self-controlled, but did nothing for anyone. So they are consumed in the fire. Such are those men who refuse to give Christ food.

Notice that none of them is accused of personal sins. They are no accused of committing fornication or perjury or any such sin at all: only of not helping anyone else. The man who buried the talent was like this. His life was blameless, but he was of no service to others.

How can such a person be a Christian?

The next day, July 14, was the optional Memorial of St. Camillus de Lellis, priest. I read his biography in Robert Ellsberg’s All Saints: Daily Reflections on Saints, Prophets, and Witnesses For Our Time.

Turns out St. Camillus was a huge gambler and wastrel with an “intolerable temper” who in the course of his carousing developed a hideous sore on his leg that would plague him for the rest of his life. He had a spiritual awakening, sought to join the Capuchins but was denied entry because of his disability and, determined to serve the sick and the poor, and returned to the hospital at San Giacomo in Rome where he’d once been treated.

He was ordained in 1584, allowed to form an order—today, The Camillians or Clerics Regular, Ministers to the Sick—and  combed the poorest, most destitute and vermin-ridden parts of the city looking for patients to treat. The brothers served faithfully during the Bubonic Plague.

From that day’s Office of Readings:

“His imagination was so vivid that, while feeding them, he perceived his patients as other Christs. He would even beg of them the gift of forgiveness for their sins…

To enkindle the enthusiasm of his religious brothers for this all-important virtue, he used to impress upon them the consoling words of Jesus Christ: I was sick and you visited me.”

The remains of St. Camillus are buried in the altar of the Church of St. Mary Magdalene in Rome, along with the Cross which allegedly once spoke to him, asking: “Why are you afraid? Do you not realize that this is not your work but mine?”