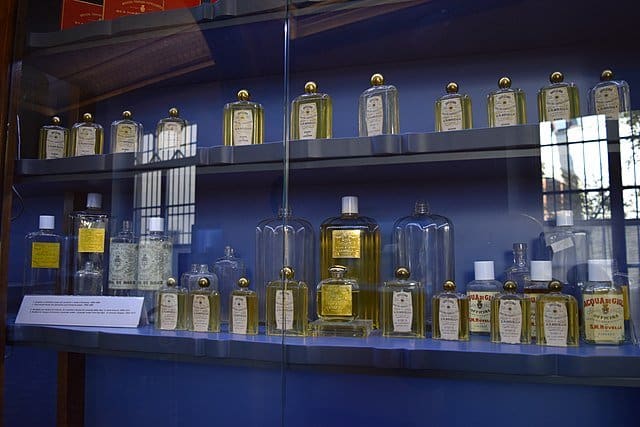 It all began in the 13th century when Dominican friars converted the adjacent church of Santa Maria Novella (then known as Santa Maria delle Vigne) into a monastery. They set up an apothecary in the convent’s infirmary.

By the 16th century, Catherine de Medici had become the operation’s main patron. Acqua della Regina, a scent developed in her honor, was given to Catherine before her departure for France in 1533. A variation, Acqua di S.M. Novella, remains today the company’s signature fragrance.

In 1612, the friars began selling herb-based tinctures, balms, and tonics to the public.

In 1866, the property was confiscated by the Kingdom of Italy and, according to wikipeida, “passed into the ownership of Cesare Augusto Stefani, the nephew of the monastery’s last director, Damiano Beni.” One senses another compelling backstory there.