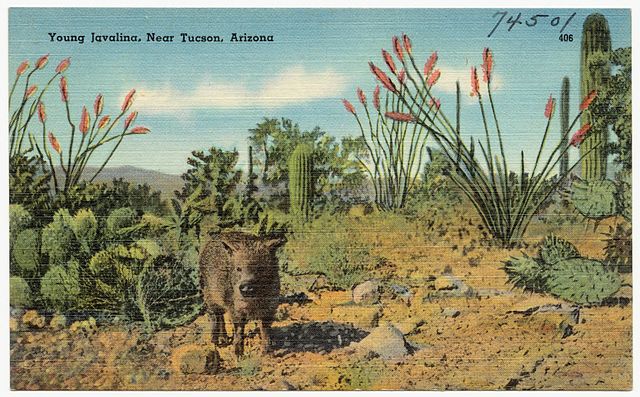 One thing I really liked about being married was having a guy around the house with a toolbelt.

There’s always some niggling thing or two around the house that needs fixing, and around which I can become weirdly paralyzed. I’ve become obsessed in my new rented home, for example, with replacing four Venetian blinds with bamboo blinds. This shouldn’t be that big a deal. It basically requires unscrewing the old hardware, a thingamajig in each upper corner of the window, installing a new U-shaped metal thing, 4 screws each, 2 in a pinch, and setting the blind on it secured with a wing nut.

I called one handyman service, took photos, exchanged several emails with the guy and it turned out he wanted 75 bucks an hour. “And ‘we’ can just go back and forth to the store if we need supplies.” For seventy-five bucks an hour I could walk to Home Depot by myself. Plus the blinds, as he had to know having probably installed hundreds of them, come with their own hardware.

Disheartened, and feeling, rightly or wrongly, that the guy was banking on my (granted) abysmal ignorance, I then decided to figure out how to take down the old blinds myself. Turns out there’s a little door-like flap that flips up on one side and then the whole thing comes out. So the other morning I took down the blind in the kitchen and thought if nothing else I would wash it. The house was “detailed,” as Rusty the gardener puts it, before I moved in, and an excellent job, too, but that one little detail was missed.

Anyway so I took the blind out front, laid it down on the patio, and brought out a pail of water and a sturdy brush. Poured on a river of ammonia, started scrubbing away. Oh wonderful, the dirt’s coming off nicely. Whoops! So was the white paint! So several slats got stripped down to silver, which actually looked kind of cool except that you’d have to strip them all which would take forever plus they’d probably heat up like a gas barbecue in the sun.

Meanwhile I got out my Makita drill, watch out. I bet you didn’t know I had a Makita drill. It didn’t turn on but I remembered how to charge it, and put in a very small bit, and drilled into these two ineffective nail holes I had put on the side of one of the cupboards above the sink to mount this tin painted made-in-India egglplant geegaw with two hooks on which I like to hang a couple of potholders.

I hadn’t been able to get the nails to go through the wooden cupboard—they would just bend—and the holes in the geegaw were so small I couldn’t use a bigger nail, so I’d settled on nailing the nails in as far as they’d go which wasn’t very far, then bending them upward and flat against the eggplant. Not horrible but pretty horrible as I could see the bent-up nails and this drove me crazy. Anyway so I drilled in with the Makita and that paved the way for the nails to go in flush and Bob’s your uncle!

Meanwhile I looked at youtube as to how to install anchors and screws and ordered a little set from ebay of four different sizes as I believe that at the very least I can figure out how to hang up my coatrack and my two candle sconces.

That still leaves the blinds, though, which I could probably do but would take upwards of ten hours. LA is lousy with expert 25 or 35 buck an hour handymen: Tucson, apparently, not so much. So then I had the bright idea of taskrabbit—Tucson seems to at least have  taskrabbit, thus I will try that when I have more strength and maybe I can find someone to hang the blinds.

Also the new 50-foot expandable black hose that uncomfortably resembles a writhing snake and is supposed to inflate to three times its length, doesn’t. So I’ll limp along with this and probably need to get another traditional-style 100-foot.

Also WD-40 did not work to loosen the apparently welded-by-the-sun-into-stone lock on the side gate. Walmart was out of powdered graphite probably because no-one else in Tucson can loosen their locks either. So that’s another thing.

Then I realized that, after my most recent Windows update, the touchpad on my Lenovo laptop didn’t work. So to test it out I turned off the Bluetooth on the external mouse, too. And realized too late I had left myself with NO mouse and thus no way to turn the Bluetooth back on! That was scary.

After panicking, unsuccessfully googling many different relevant phrases on my phone (no Bluetooth no touchpad; turn on Bluetooth without mouse etc.), I restarted the laptop and typed “Bluetooth” into the search bar and when the Bluetooth screen shows up,, turns out you can then hit Tab and that’ll toggle the on/off Bluetooth and then you hit the space bar for On! So then I had my external mouse and somehow, after many searches, uninstalling, restarting the computer and on and on, I also got the touchpad to work again. More or less serendipitously. The touch ID where I used to be able to sign in with a fingerprint still doesn’t work.

As if that all weren’t enough excitement, it is monsoon season. June through September, roughly, is when it rains—if it rains—in Tucson. So it’s been fascinating to watch it unfold.

So far what happens is that for days it’s hot and humid and a kind of pressure seems to build. And then the pressure just hangs there, day after day. Then, suddenly, the sky can go from full-on fluffy cumulous cloud sky to lowering and gloomy in a heartbeat. And then it rains. Sort of. Not for very long, where I am, thus far. And then instantly it’s humid and hot again.

Last night for example I watched the gorgeous blood-orange sunset. Clear sky. Hot but not unbearable. I went to bed and to sleep and around 10 heard the profoundly welcome and exciting sound of…rain! Outside my window! So I leapt from bed, opened the door to the patio, and it was pouring. I mean a real dousing, verging on deluge. Oh grand, I thought. The plants will be so happy! It was even coolish, or cooler, such that I left the door open so the fresh breeze would come through the screen, and turned off the A/C.

Fifteen minutes later the rain abruptly stopped. And when I again stepped outside to survey the scene, it was like a sauna. It’s a very strange phenomenon, one I’m not used to, to have rain without a subsequent cooling off. Nope. The earth had instantly sucked in all the water and in the pitch dark was simply radiating heat. But that, too, was exciting—partly because the smell is simply heavenly: a mixture of warm hay, tobacco, roasting chilis, creosote…a rich loam, spiced with desert.

And people ask me how I fill my time here!