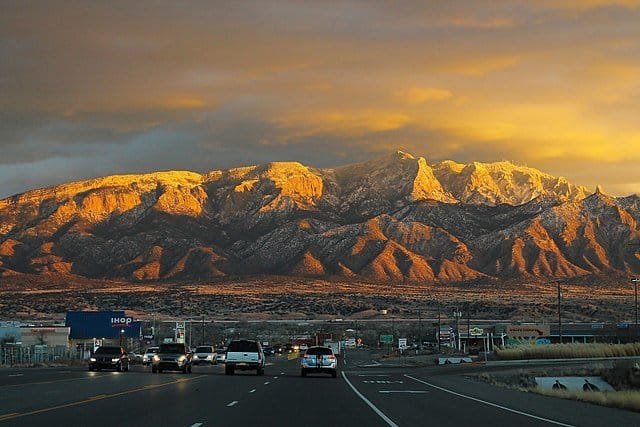 “It was sunset as we circled Albuquerque. The Sandias and the miles of rocky desert were a deep coral pink. I felt old. Not grown up, but the way I do now. That there was so much I did not see or understand, and now it is too late. The air was clean and cold in New Mexico. No one met me.”

In my advanced age, I am realizing there is so much I really don’t know. Here, for example, is a question I googled recently: Do birds have intercourse?

This was occasioned by several incidents in my front yard of frenzied mourning dove wing-flapping. Then one morning as I drank my coffee I noticed two of the flapping birds were kind of stuck together. My God, I thought, could they be?…

I also learned only recently that pineapples don’t grow on trees. “They’re grown from the center of a leafy plant. They are an aggregate fruit, which is formed from a cluster of flowers, or inflorescence.” I mean after a lifetime of opening Dole cans, who knew?

Speaking of plants, I just came across this 2019 series of photographs by Shelley Lawrence Kirkwood called “I’ll Follow the Sun.”

This collection of work looks closely at bits of debris and foraged plants from the Sonoran Desert and the forests and meadows of western Massachusetts — two distinct landscapes I have inhabited for most of my life.

I’m interested in viewing the natural world at close range, removed from its original context. In isolation, cycles of growth and decay become more apparent, revealing the singular grace of each form, and the particular environment from which it emerged. Though the objects photographed here are diminutive, their scale had been dramatically enhanced to suggest their echos within a larger system, as well as their monumental significance in my own history.

Many of my own plants made the 500-mile trip from LA to Tucson safely. Breaking down my balcony and back garden was a monumental task. I gave away the equivalent of at least four good-sized succulent starter gardens and of course left behind an entire California native plant garden. To transport, I took all the plants out of their pots, took mostly huge cuttings, put the cuttings in potting soil bags and stacked the pots.

Then I went to Home Depot and got a ton of bags of potting soil and installed my plants in their new homes.

What’s interesting is that the landscape, the climate, the geography and geology, and the whole zeitgeist in Tucson makes for a whole different feel than Southern California. People don’t cram things together here. Cacti and succulents need room  so they’re not crammed together in the desert, and somehow the pattern spills over into the garden. The owner of the house I’m renting, for example, has arranged a charming bench in the back yard, a plank of old weathered wood resting on a few decorative cinder blocks. On the plank are arranged a number of plant saucers, resting against the wall; in front of each of them is  upside down terra cotta  or glazed pot. Interspersed are a couple of round terra cotta containers of gold lantana.  Mesquite tree catkins, bougainvillea petals, delicate leaves and twigs make for a kind of constant low-grade shower of plant material that pools everywhere–chairs, plants, tables, saucers–in piles of pale amber “duff” (“the partly decayed organic matter on the forest floor.”)

I’m constantly having to sweep, as it’s impossible not to track the stuff in, but I just kind of open the door and sweep everything out and it all works out fine. And I love that the ground seems to be laid with a soft, forgiving carpet. It’s unimaginably comfortable to pad around on this cushion of decaying organic life.

Home Depot by the way, I may have said this already, was a total revelation. In LA, Home Depot or any big store is just  a total nightmare: getting there, parking, braving the hordes of people, driving home. This place is a mile or so down the road, off a practically country street, and is set like an island in the midst of the vast sea of a mostly empty parking lot that could easily serve a busy airport. I mean this parking lot is so big that you can see people on the far reaches of it who have set up lawn chairs and umbrellas, or makeout spots with a tree and a radio, or who just want to be quiet and alone and have set up shop with a book and a bag of candy.

The store itself is of course also giant but the “Garden Center” is right on the northern end, where I happened to enter; I was able to pull up almost literally to the door; piles of various kinds of potting soil were stacked by the entrance; I was in and out of there in ten minutes and some dear guy even saw me struggling with the heavy bags and put them in the back of my car for me! So stuff like that I just can’t even get over.

Plenty of people are crabby, mean and/or simply oblivious, per usual, but so far I so appreciate the live-and-let-live vibe and have had many “small” interactions, like at Sprouts or the PO or wherever, with human beings who were friendly, generous and funny.

Meanwhile, I’ve been astounded by the number of people who have said, in a challenging, defend-yourself-woman! tone of voice: “Tucson?? Why would you move to Tucson??” Not astounded they’d think it; astounded they’d say it. Why do we move anywhere? I’m going to start responding, “I like the way the light looks at dusk.”

Which is pretty much why I moved here.

10 Replies to “SO MUCH WE DO NOT SEE OR UNDERSTAND”