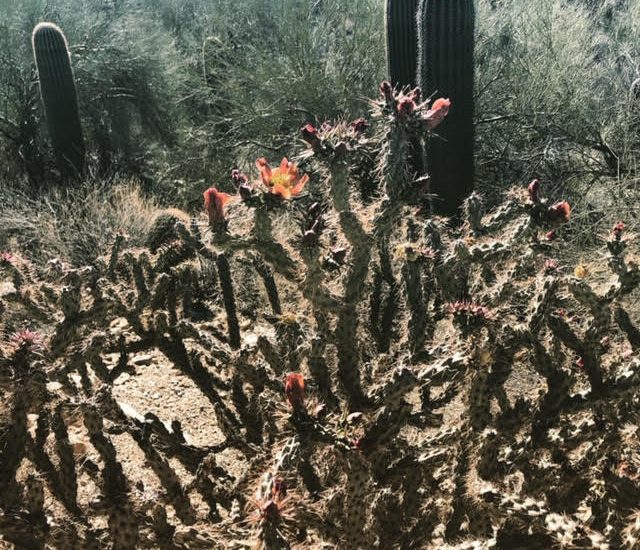 Let’s start off the week with a laugh, and a tear…

“He entered my room and said: ‘Poor creature, you who understand nothing. Come with me and I will teach you things which you do not suspect.’ I followed him.

He took me into a church. It was new and ugly. He led me up to the altar and said: ‘Kneel down.’ I said: ‘I have not been baptized.’ He said: ‘Fall on your knees before this place, in love, as before the place where lies the truth.’ I obeyed.

He brought me out and made me climb into a garret (an attic). Through the open window one could see the whole city spread out, some wooden scaffoldings, and the river on which boats were being unloaded. He bade me be seated.

We were alone. He spoke. From time to time someone would enter, mingle in the conversation, then leave again.

Winter had gone; spring had not yet come. The branches of the trees lay bare, without buds, in the cold air full of sunshine.

The light of day would arise, shine forth in splendor, and fade away; then the moon and the stars would enter through the window. And then once more the dawn would come up.

At times he would fall silent, take some bread from a cupboard, and we would share it. The bread really had the taste of bread. I have never found that taste again.

He would pour out some wine for me, and some for himself–wine which tasted of the sun and of the soil upon which this city was built.

At other times we would stretch ourselves out on the floor of the garret and sweet sleep would enfold me. Then I would wake and drink in the light of the sun.

He had promised to teach me, but he did not teach me anything. We talked about all kinds of things, in a desultory way, as do old friends.

One day he said to me: “Now go.” I fell down before him, I clasped his knees, I implored him not to drive me away. But he threw me out on the stairs. I went down unconscious of anything, my heart as it were in shreds. I wandered along the streets. Then I realized that I had no idea where his house lay.

I have never tried to find it again. I understood that he had come to me by mistake. My place is not in that garret. It can be anywhere–in a prison cell, in one of those middle-class drawing-rooms full of knick-knacks and red plush, in the waiting room of a station–anywhere, except in that garret.

Sometimes, I cannot help trying, fearfully and remorsefully, to repeat to myself a part of what he said to me. How am I to know if I remember rightly? He is not there to tell me.

I know well that he does not love me. How could he love me? And yet deep down within me something, a particle of myself, cannot help thinking, with fear and trembling, that perhaps, in spite of everything, he loves me.”

2 Replies to “IN SPITE OF EVERYTHING”