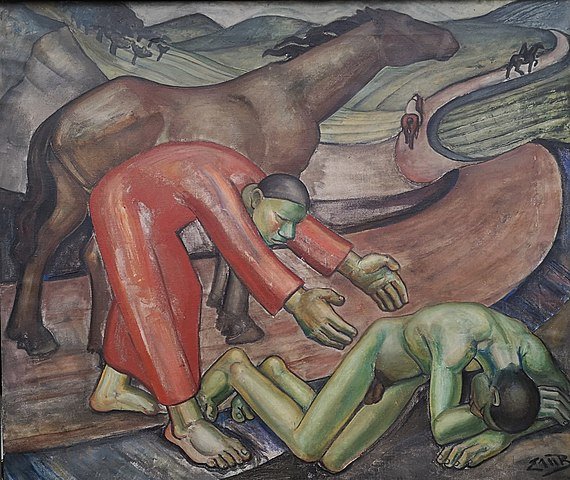 Recently I heard a homily in which the priest shared that he and his brethren are generally instructed by their superiors not to say anything that will disturb people. I almost wept. If we’re not here to be disturbed, to be challenged, to be called higher, what are we here for?

Madeline L’Engle, beloved writer of such children’s classics as A Wrinkle in Time, once observed: “We do not draw people to Christ by loudly discrediting what they believe, by telling them how wrong they are and how right we are, but by showing them a light that is so lovely that they want with all their hearts to know the source of it.”

So invite us to consider whether we are showing the world a “lovely light,” or in fact any light at all.

Remind us, for example that, however precious our right to vote, no-one is converted to Christ through a ballot box.

People are converted by those who actually try to live by a way that is different than the way of the world, and that costs, and that leads to new life.

How about a homily, then, a real homily, about what it means to be for life, in every manifestation, in every eventuality? A homily, for example, about the sins of capital punishment, of separating families at the border, about the amassing as private citizens of arsenals of military-style assault weapons?

How about a homily on the teachings of the Church on marriage and the family? I don’t mean just parroting the Catechism, but how and why the teachings are from the most profound form of human love: calculated to invite us all to the table of the Mystical Body, to bring us to full flower, to challenge us to take up our crosses and to lay down our lives for our friends?

How about a homily about the strange beauty and mystery of celibacy—since all of us Catholics who are single, widowed, or same-sex-attracted are called to this simultaneous cross and crown?

How about a homily emphasizing that spending hours a day arguing on social media is a straight-up sin: a waste of time, a squandering of our intellect, and the willful cultivation in our hearts of spite, contempt, hate? How about an invitation to emerge from the tiny, confined, artificial bunkers in which we all like to hide and from which we can safely take potshots at our neighbors?

How about a homily on money? Tithing? On Christ’s exhortation to store up our treasure in heaven? Homilies on consumerism, waste, our eating habits, our “common home,” as Pope Francis called planet Earth.

If my friends and I are any indication, we in the pews are hungry, famished, for real instruction, real meat, real questions that we can ponder, pray over, chew on. Real challenge, real encouragement: to examine our consciences and hearts, to change our lives.

Homilies that suggest the priest himself is wrestling with the vital question: What does it mean to love Christ as he loved us and to love our neighbor as ourselves?

In an essay called “On Being a Witness: The Catholic Lawyer and the Method of Presence,” the late Monsignor Lorenzo Albacete observed:

These Easter season days would be a fruitful time to ponder: What has happened to me that has not happened to those who do not know Christ? And how can I devote my life to transmitting that event to the people around me?

As Christ said, “Nothing is hidden that will not come to light.” In the best possible way: let that disturb us.