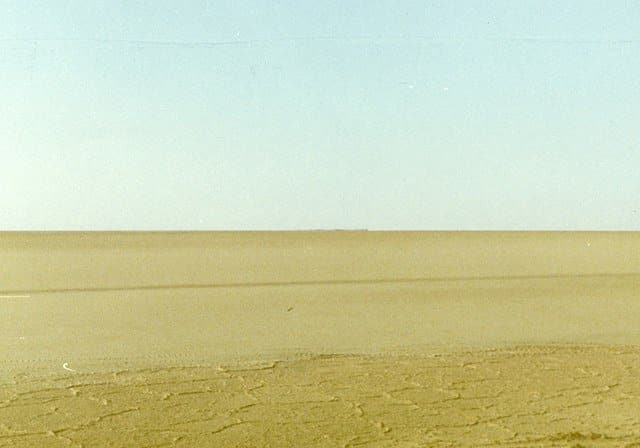 Several years ago, while undergoing a dark night of the soul, I happened a book called Search for Silence by Elizabeth O’Connor.

O’Connor (d. 1998) wasn’t Catholic, but she was a Christian and part of a Washington, DC-based lay movement that served the poor, was dedicated to prayer, and lived in community.

A bit of 70s woo-woo creeps in—“I’m OK, you’re Ok, for example—but she quotes a range of thinkers: Kierkegaard, Jung, Evelyn Underhill, Meister Eckhart. Her thought is squarely based in Scripture. And she zeroes in on a central conflict of faith that is as relevant today, if not more relevant, than it was in 1972 when the book was published:

“The fact that we assume all the ‘good’ and ‘loving’ people should be in the church is indicative of our understanding of the nature of the church. We have even equated membership in the church with having arrived at a certain state of respectability. We have no room for the maimed and outcast, thieves, adulterers, the wretched and tormented. No wonder we so often have an oppressive organization on our hands ‘full of dead men’s bones and all uncleanness’ (Mark 23:27 RSV).”

One of O’Connor’s central theses is that if we fail to examine our own conscience, faults, wounds, and sins—our “shadow side”—then we will inevitably project our own darkness onto others.

Such a search requires the conscious, willed cultivation of a certain amount of silence in our lives. O’Connor offers practical suggestions on how to seek it.

The first week the suggestion is to spend five minutes a day just sitting quietly: a “ ‘gathering in,’ ” or being present to one’s deepest self.”

The next week you add five minutes at the end of the day. The week after that you add a minimum of 15 minutes a day of meditating upon Scripture—what the Benedictines call lectio divina.

I can’t say I’ve adhered to this “program” with any kind of regularity. But even five, ten minutes here and there began to change something in me. I found myself pausing at noon to say the Angelus. I began praying Evening Prayer from the Divine Office more regularly. After morning Mass, I often found myself drawn back later in the day to sit before the Blessed Sacrament.

Recently I had lunch with a dear friend of many decades, a convert like me who last year was diagnosed with an aggressive form of skin cancer and has undergone surgery, skin grafts, radiation, chemo, and excruciating nerve pain.

“So have you been going through a huge existential desert, or what?” I kicked off the conversation.

“Oh, totally! My life has meant nothing, I told myself at first. I’m shallow, petty, grasping. No-one, especially God, has ever loved me.”

“On top of it, I’m speaking for myself here, I’m not even very nice!” I added eagerly.

“Right, plus I can’t stand anybody!” he chuckled. (This from a beloved counselor, therapist, activist, volunteer, arts enthusiast, world traveler, spiritual companion, neighbor, family member, and friend). “But seriously, I did wonder, especially at first, does this need to be quite so painful?”

But then, my friend added, he’d turned to books on prayer. William Barry’s

God and You: Prayer as a Personal Relationship. The Simplicity of Prayer by H.A. Williams. Yes To God by Alan Ecclestone: “Harsh in an odd way. Written in the Jesus Christ Superstar era in England he has a lot to say about what isn’t prayer.  But he has a nice way of saying all prayer is united.”

My friend didn’t utter any platitudes. He didn’t wrap things up in a bow. He didn’t say, “And now I’m with Jesus all the time and offer everything up!”

He was simply himself: alive, observant, funny.

“Another thing I’ve learned,” he added, laughing, as we parted. “It’s easier to get OxyContin in the parking lot of Rite Aid than through the health care system.”

Later that afternoon, I drove to my neighborhood church and sat for a while before the tabernacle. As my search for silence continues, I’ve found it’s difficult to find anyplace, in the city at least, that really is silent.

A recent NYT piece reports that even animals deep in the ocean are suffering sound stress. All of creation is groaning in labor pains observes St. Paul (Romans 18:22-23), and it’s hard not to feel sometimes that it’s groaning now in death pangs.

I thought of the animals in the ocean, their watery sanctuary shattered by noise, their nervous systems overwhelmed.

I thought of my friend who, in a silence all his own, I sensed, was beginning to ask questions far outside those of the “respectability” gospel: Why should I not suffer? Why should I not be in pain?

I fixed my eyes on the Crucifix and thought of St. Thérèse of Lisieux. “What do you say to Jesus when you pray”?” she was once asked.

10 Replies to “SILENCE AND THE EXISTENTIAL DESERT”