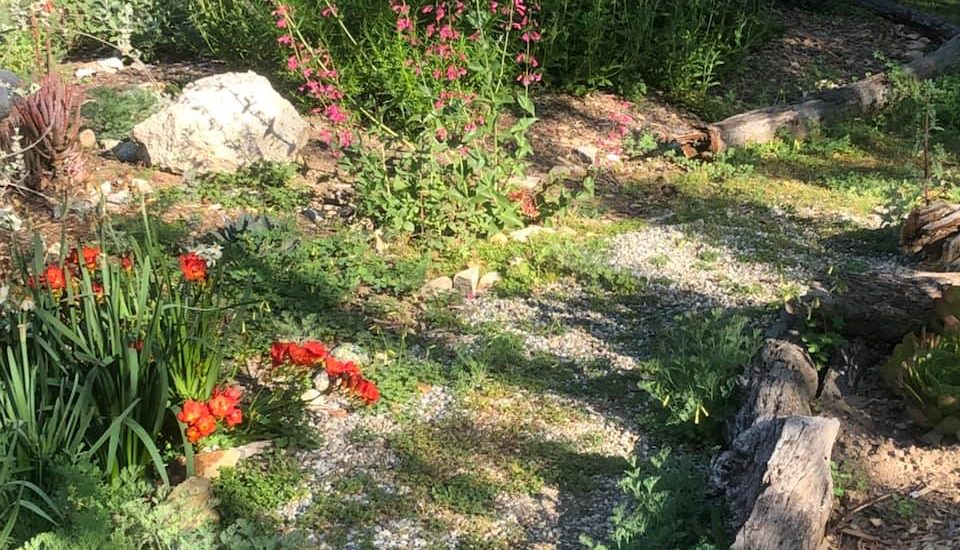 I haven’t written much lately.

I’ve been gathering myself.

After 30 years in greater LA, I’m preparing to move to Tucson, Arizona.

The decision has been a long time coming. Way back in 2009 or so, I sold or gave away most of my (even so, meager) belongings, left my apartment of 18 years, and set off on a cross-country pilgrimage during which I hoped to discern what I dimly felt was to be the next leg of my spiritual journey.

I did a 40-day silent retreat at a truly gruesome spot on the Gulf Coast of Texas. I spent a month with my dear friend Sr. Jeanne McNulty at the (former) Franciscan Appalachian Hermitage in Spencer, West Virginia. This was a blessed and special sanctuary, forever dear to my heart, where Sr. Jeanne lived in the holler, rented out cabins for twenty bucks a night, and maintained a straw bale chapel in which she had a special dispensation to have the Blessed Sacrament.

At the time I seriously thought I was perhaps being called to be a contemplative hermit.

But after wandering around some more, I finally realized I’m far too shallow for such a calling, high-tailed it back to LA, and in a way have been wandering ever since. There was a “nomad year” during which I lived in a series of sublets and spent a summer in Palm Springs (thus, Tucson won’t be that huge a shock) at the mid-century condo of another dear friend, who was off doing the Camino or some such worthy thing: Fr. Tom Hall.

After that I landed in the place in Pasadena where I’ve been installed since December, 2015 (I think: things do start to blur…). Which not to put too fine a point on it, is not so much an apartment as an ongoing construction site.

Noise in fact, to which I am probably extra sensitive, has been an ongoing theme during my whole time in LA. It may have taken me 30 years to realize it’s not that I’ve had bad luck, or chosen poorly: it’s that I live in a city of ten million people and no matter where you go, it’s noisy.

Maybe it’s just noisy everywhere now (in fact, silence is the subject of an upcoming column).

Whatever the case, I don’t entirely understand this kind of pilgrim call I feel to leave, to go to the desert. Is it to die?….

In many ways, COVID paved the way. I’ve barely seen most of my friends for a year so it’s almost as if I (or they) have left already. I do think as we age, if we’re lucky, letting go naturally becomes easier.

One main thing that’s been holding me is the garden I planted in our back yard four years ago and that at last is fully established. On the other hand, that it IS fully established perhaps means that it’s also time to let it go, pass it on. If there’s one thing I learned from having a garden, it’s that gardens “register”–that they somehow continue growing and bearing fruit–into eternity. So–mission accomplished.

Speaking of eternity, those thirty years passed in the blink of an eye. I was gazing out the window last night as the sun set and thought–It’s as if I only arrived from the East Coast yesterday. I’ve just been a wayfaring stranger, passing through. And now I’m passing on to somewhere else…

” A long night at an uncomfortable inn,” as St. Teresa of Avila described our sojourn on this earth.

At the same time, a line from the Psalms keeps running through my head: “One day within your courts are worth a thousand elsewhere.” I’ve spent a day in His court.

I spent my first few years here desperately seeking His court and then I found it and ever since, if there is one constant in LA, it has been trudging to Mass. Always, always, kneeling in some church: St. Basil’s in Koreatown, the Church of the Blessed Sacrament in Hollywood, St. Francis of Assisi in Silver Lake, Our Lady of Guadalupe in Palm Springs, St. Elizabeth of Hungary and St. Andrew’s in Pasadena and fifty more: a noon Mass at Beverly Hill’s Church of the Good Shepherd squeezed in after a trip to the dentist, a vespers Mass at St. Augustine in Culver City after a visit to the Museum of Jurassic Technology, a 7 pm at Holy Trinity in Atwater after a walk along the LA River.

I don’t mean of course that Christ is only to be “found” in church. As the late Monsignor Lorenzo Albacete observed: “[E]verything human that is interesting can lead me to Christ.”

I mean that when you feel as desperately out of step as I have all my life; if you are as big a sinner; as quick to take offense; as blind to your own faults; as hungry for beauty, meaning, truth, and spiritual companionship; as appalled by the suffering of the world and as cowed by your seeming powerlessness to alleviate it; and above all are broken, weak, prone to obsession, and frightened to the core, then even in your worst moments you have a deep, blind urge to give thanks that you haven’t (yet) either died a drunk in the gutter or killed yourself.

Christ’s death on the Cross made it possible for someone like me to be propped up, one day at a time, sufficiently to participate in life, to contribute in some small way, to feel occasional stabs of joy.

And to those who think attendance at Mass is the mark of a small, confined, rigid, parochial, lemming-like worldview, to me there is and could be nothing wider, deeper, higher than the sacrifice re-enacted on the altar. Nothing more sublime, nothing more mysterious, nothing more astonishing, nothing more counterintuitive, nothing that opens onto more infinite vistas. Nothing more unexpected, nothing more radical, nothing more of love. Nothing I deserve less– than to “stand in your presence and minister to you”–as the Eucharistic prayer runs.

So–thirty years of solitude, of inner silence, of exile.

Thirty years as well of walking LA’s streets, learning the names of the flowers, listening to the birds, criss-crossing from one end of the city, county, Archdiocese and state to the other: drinking it in, leaving bits of my own body and blood, as I visited museums, attended concerts, meandered up hiking trails, through public gardens, down grungy alleys: studying it, pondering it, being delighted by it, cursing it, being mystified by it, getting it all down on paper, and in the end, for what else is there, giving thanks to this city in which I became a follower of Christ, a writer, and a fuller human being.

In the end–I wouldn’t have changed a thing.