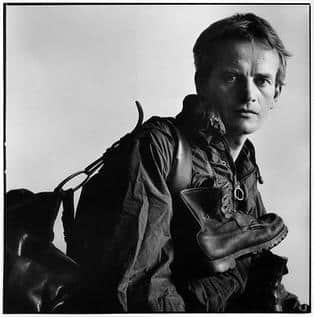 CHATWIN AND HIS RUCKSACK

Here’s how this week’s arts and culture begins:

“Bruce Chatwin was a legendary adventurer and writer who died in 1989. Filmmaker Werner Herzog collaborated with Chatwin in the last years of his life. This film follows Herzog on a series of encounters inspired by Chatwin’s travels.”

So begins Nomad: in the Footsteps of Bruce Chatwin, the 2019 documentary by German filmmaker Werner Herzog.

The globe-trotting legendary German filmmaker Werner Herzog, now 78, has made over 60 films about impossible dreamers, dying civilizations, and obsessive creatives.

Perhaps it was inevitable that these two self-mythologizing figures would meet. Their paths intersected, not always at the same time, at many points throughout their respective travels.