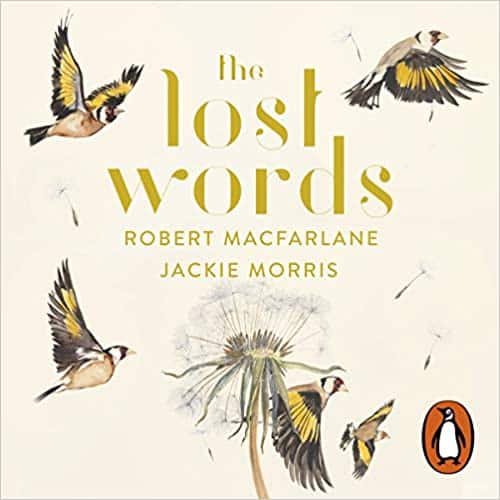 Mountains of the Mind (2003) explores the history of mountaineering and our sometimes fatal fascination with the metaphysical dimension of precipitous, perilous terrain on which we long to be the first to place our feet or flag.

The Wild Places (2007) charts a series of journeys made in search of the ever-shrinking wildness remaining in Britain and Ireland.

The Old Ways: A Journey on Foot (2012) is a kind of elegy to one of Macfarlane’s heroes, the poet Edward Thomas (1878-1917), who was a lover of nature, a depressive, and a passionate lifelong walker, especially in and around the South Downs. The “old ways” include holloways, pilgrimage routes, cliff paths, animal passages, and ancient byways, rights-of-way, and foraging grounds in England, Scotland, Palestine, Sichuan and Palestine.

Together, the three from a loose trilogy about the “landscape and the human heart”—a subject upon which Macfarlane speaks eloquently in a 2012 IQ2 talk of that name available on YouTube.

His books have been adapted for television and film and won many prestigious awards.

There are several more.  Underland: A Deep Time Journey (2019), his most recent, digs deep into catacombs, caves, nuclear waste facilities and other underground physical and imaginative realms, and was named a NYT’s “100 Most Notable Books of the Year.”

He’s the type of writer that leads you to ten other artists or walkers or poets: Nan Shepherd’s The Living Mountain: A Celebration of the Cairngorm Mountains of Scotland (1977) The Peregrine by J.A. Baker (1967; reissued by New York Review Books Classics in 2004 with an introduction by Macfarlane), a kind of cult classic among the nature literati.

His capacity to conjure landscape is alone astounding. Add to that an astonishingly wide-ranging grasp of geography, geology, natural history, cartography, and literature. Throw in the fact that he’s no mere scholar or armchair philosopher: every book is grounded in his willingness to take on the physical hardship of mountain climbing, hiking, camping, sailing, and tramping. But what makes Macfarlane sublime is the aching longing for a lost Eden that sounds like a bass note beneath all his work.

An excerpt from The Wild Places:

“In 1977, a nineteen-year-old Glaswegian named Robert Brown was arrested for a murder he did not commit, and over the course of the following days had a confession beaten out of him by a police officer subsequently indicted for corruption. Brown served twenty-five years, and saw two appeals fail, before his conviction was finally overturned in 2002. When he was released, one of the first things he did was to go to the shore of Loch Lomond and sit on a boulder on the loch’s southern shore in sunlight, to feel, as he put it, ‘the wind on my face, and to see the waves and the mountains’. Brown had been out on the loch shore the day before he was arrested. The recollection of the space, that place, which he had not seen for a quarter of a century, had nourished him during his imprisonment. He had kept a memory of it, he recalled, afterwards, ‘in a secret compartment’ in his head’.”

Robert Frost once said, “A poem begins with a lump in the throat; a homesickness or a love sickness.” And perhaps above all, even when writing prose, Macfarlane is a poet. The Lost Words: A Spell Book (2017), however, is a collection of actual poems, in oversized book format and gorgeously illustrated by British writer and artist Jackie Morris.

Eked from iron and wreaked from blue and

Children and adults alike went wild. The Lost Words was the bestselling poetry book of 2018, sold 500,000 copies worldwide and has been adapted to, among other genres, classical music, indie folk, puppet shows, board games, podcasts and theater. “Magical,” “bewitching,” and “the wonder of nature” are ways people from across the globe have described verse and artwork.

Through crowd-funding campaigns, copies were purchased and donated to every hospice and over 75% of the primary schools across the British Isles. The Lost Spells, a follow-up collection, began when Macfarlane scribbled some lines about goldfinches while keeping vigil over his dying grandmother.

He and Morris hope to inspire hope, action and change. And Macfarlane adds, “that [the work] might touch readers’ hearts a little in this hard autumn.”

Perhaps the surest sign that Macfarlane’s heart is in the right place is this: he has three young children who, he notes in The Lost Words, have taught him more about the world than any book.