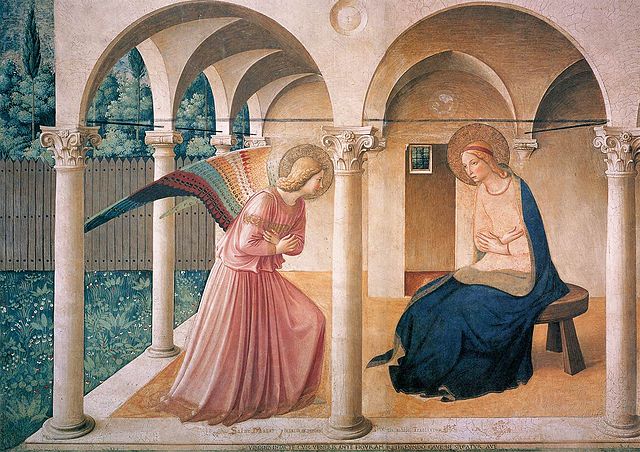 “Other religious, social, political organizations may arouse opposition, but the incurable disquiet of those who fear the Catholic Church is due to the fact that while all the others are systems, the Church is a Person, an incalculable Person, a Person with infinite power and a child’s values: the Person of Jesus Christ.

We know perfectly well that there are often scandals in the Church, that despite her pure heart, her children sometimes grow worldly and base and dress her up with tawdry golden garments which they have woven with black and cunning fingers; sometimes we see nothing but ugliness in her. Yes, even so, she is the refuge and hope of all sinners, the joy and hope of all saints, the life and hope of every living creature; and this is because, under this aspect the Church is still Christ, Christ in his Passion, Christ crowned with thorns, his face covered in blood and dirt and the dust of the road which flung him down. He still remains the one ultimately irresistible Person.”

I felt some of what my dear friend Caryll meant, perhaps, this morning at Mass. I don’t know what’s going on with COVID but after months of Mass outside, the doors of the church were open and oh the glory of the sanctuary, the gloom, the candles glowing in the dark, the tabernacle, the altar.

What with the Our Lady of Guadalupe (previous)post, and Advent, and all that I’ve been pondering in my heart, my own (unborn) kids Fern, Swallow and Warren felt especially close this morning as I knelt in my pew.

I think people who have not been huge desperate sinners perhaps don’t understand those of us who are drawn to Christ. Always I carry the wound of my sins. I have to believe, I do believe, I’ve been forgiven. It gives no glory to a Savior who came precisely to reconcile us to God, in spite of the blackness of our consciences, to hold ourselves to a higher standard than he does.

But that’s just it–to have squandered my inheritance in the mire and been welcomed back, like the Prodigal Son, no questions asked; to not be reproached, but instead to have a banquet thrown in my honor, is not something that I can ever, ever, stop being astonished by and giving thanks for and wanting to “live up to.”

I don’t want to sound creepy or sappy or woo-woo. I try to call things by their name, and the fact is I…killed them. I also absolutely believe that my kids accompany me, watch over me in a sense, along with our collective guardian angel. Everything I write in a sense is from them and for them.

Thus, the whole concept of woman as mother is something I feel deeply, deeply. Science is great and science is one thing but it is not the whole thing. The meeting of any given sperm–one among tens of millions–and any given egg, can be explained in scientific terms. But when we have lost the capacity to fall to our knees in wonder at the weirdness, the seeming randomness, the hush at the heart of the cosmos when the two meet–I just feel like we have lost our humanity.

When we lose our humanity, it is always women and children who bear the brunt. So I’ve been crying a lot lately. Partly because I’m so aware of the ways I have contributed to the wound at the heart of the world: the wound between men and women; the burdens carried by the children of this world, and of the other world; the sorrow of bereaved mothers, who would have given their own lives to keep their child, to have their child–when I let mine go.

At the same time, I’ve been saturated with a strange kind of energy and joy–and that makes my cry a different kind of tears.

I don’t know any deeper, better place to bring any of that than to the altar of Christ.

An old friend just sent me this recording of T.S. Eliot reading his “Journey of the Magi.”

On we journey with them, toward the winter solstice….Thank you for walking with me!

10 Replies to “THE ONE ULTIMATELY IRRESISTIBLE PERSON”