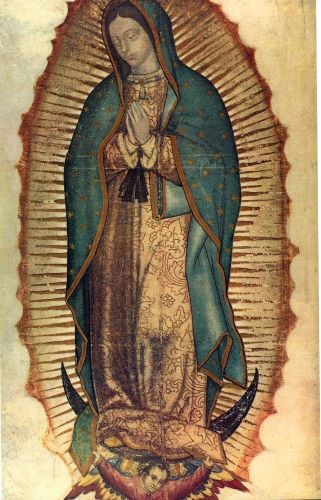 A few weeks ago, I attempted to make an appointment for an intake session with a therapist. My co-pay would be zero, I’ve never availed myself of such help, and especially after this past year of COVID, wildfires, political unrest, I thought—Why not?

I had to speak to three people first, repeatedly assuring them I did not own a gun, did not intend to harm myself or anyone else, and did not have suicidal ideation. Each employee was civil and also without an iota of warmth, humanity, vitality or sense of humor.

Finally I got to the person who would directly connect me with the available therapist. We went through the same questions again. And then the person on the other end asked, “Do you identify as female?”

My being screeched to a halt. The very question was absurd, an affront. The sky is blue. I don’t identify the sky as blue. I live in a world in which the sky is blue. The essence of a created thing is not in my hands. I don’t change facts; I don’t have the power. I don’t bend reality to my will. I’m not God.

Do I IDENTIFY as female? I have a female name, voice, affect, and body. I have the chromosomes, heart, and psyche of a woman. If ever there were a loaded question, “Do you identify as female?” must be in the first tier. I almost screamed, “I AM female. I’m a woman. I’m 100 percent a woman.”

Male and female are not only biological facts but archetypes, hard-wired deep into the human brain, body, and consciousness. Would anyone want Christ, nailed to the Cross, to be a woman? Would anyone want the Virgin of Guadalupe, appearing to the peasant Juan Diego on four occasions in the mountains of Tepeyac near Mexico City in 1531, to be a man?

No—for the Empress of the Americas, we need a woman. Not to round out an affirmative action quota, but because Our Lady is Queen of Heaven and Earth. Because the Blessed Virgin fulfills our desperate hunger for the unconditional, guiding-light love of a mother: a breast upon which to rest, a comforting word, a restraining hand. Mary is the one who sees through to our souls, to whom we can come with our troubles, who forever stands with us—steadfast, “pondering these things in her heart”—at the foot of the Cross.

Besides, what would life be without an occasional tilma-full of winter roses? Without courtly love? Without poetry?

What woman on earth would not want to stand in solidarity with Our Lady of Guadalupe, with her mysterious eyes, her star-studded turquoise mantle, her background circlet of golden rays from the sun?

Who can fail to be moved by the fact that the world’s most cutting-edge scientists have failed to “decode” the miracle that occurred on Tepeyac Hill? The tilma—the cloak of Juan Diego’s upon which the image of Our Lady mysteriously imprinted—for example, was apparently woven from agave fibers. “All the cloths similar to the Tilma that have been placed in the salty and humid environment around the Basilica have lasted no more than ten years,” notes researcher and physicist Dr. Aldofo Orozco. That the fabric of the cloak has not deteriorated in almost 500 years “is completely beyond any scientific explanation.”

Fittingly, in Juan Diego’s vision, the Virgin was heavy with child. She is the symbol of fecundity, long-suffering, beauty, compassion. Woman: protectress of the poor, sanctuary for the downtrodden, holy seat of new life.  “Blessed art though among women, and blessed is the fruit of thy womb, Jesus.”

No accident that Our Lady’s Feast day comes on December 12, a mere two weeks before Christmas. The Cathedral is hosting a novena, its usual procession and Mass, and more. If you’re not willing or able to leave home, here’s another possibility.

The Latino Theater Company of the Los Angeles Theater Center will stream an archival video of La Virgen de Guadalupe, Dios Inantzin:  their signature holiday pageant, which has taken place annually since 2002 at our Cathedral of Our Lady of the Angels.

Opera singer Suzanna Guzman plays the part of the Virgin. Over 100 actors, singers, indigenous Aztec dancers, singers and seniors from the community round out the cast.

The pageant has been adapted for the stage by Evelina Fernández from the mid-16th century text The Nican Mopohua. It’s performed in English with Spanish subtitles. It streams at  https://www.thelatc.org/lavirgen from Friday, December 11 at 7 p.m. PT / 10 p.m. ET straight though until Sunday, Dec. 20 at 11:59 p.m. PT. And it’s free.

“¿No estoy yo aquí que soy tu madre?” (“Am I not here, I who am your mother?”), the Virgin is said to have asked Juan Diego.

So deeply have the words gripped the human heart that they are inscribed over the main entrance of the Basilica of Guadalupe, the most visited Catholic pilgrimage site in the world.

Do I identify as female? I am female. One thousand percent.

14 Replies to “THE FEMININE GENIUS OF OUR LADY OF GUADALUPE”