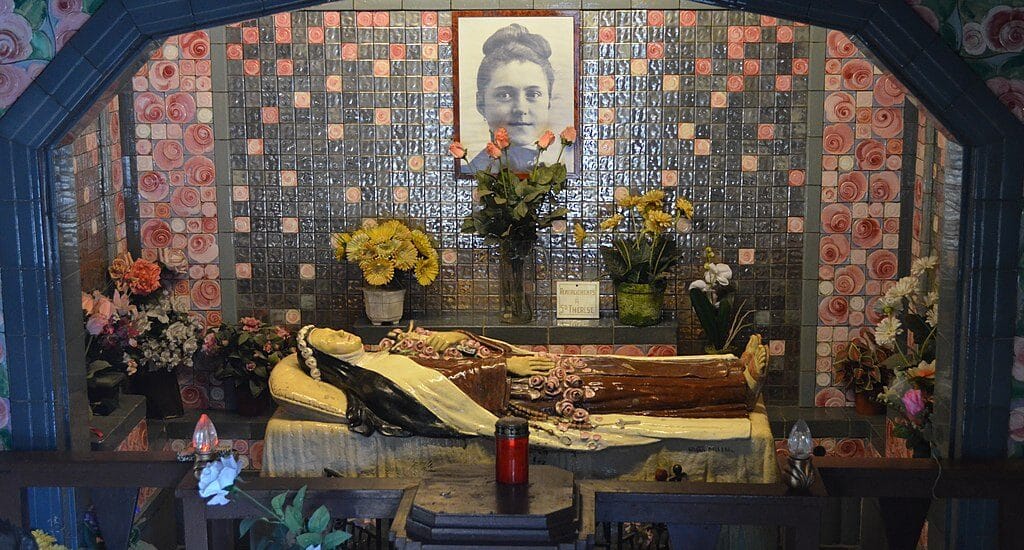 A well-known anecdote about St. Thérèse of Lisieux has it that, when offered a basket of lace and other trimmings as a girl and told she could choose one, exclaimed, “I CHOOSE ALL!”

As an adult, she extrapolated on the concept and observed, “My God, I choose all!  I don’t want to be a saint by halves; I choose all that You will!”

In a certain frame of mind, I just choose all, God’s will or no.

I often think of a friend who once described the Dr. Jekyll and Mr. Hyde psyche of an addict. The son of an old friend, a hope-to-die junkie, had arrived on her doorstep strung out, beaten-down, humble, contrite even. “Just a bed for a few hours,” he croaked. “I just need to sleep.” She fed him, let him shower, gave him a bed for the night.

The guy woke the next morning transformed. He came downstairs with his hair slicked back, a cigarette hanging from his lower lip, and his collar open to mid-chest. “You couldn’t spare a twenty?” he asked, flashing an oily smile.

I know that off-again, on-again phenomenon well. I don’t think it’s manic-depression. But I often go through long periods where I’m utterly drained and exhausted. It’s okay, I’ll think. I’m just old now. This is how people my age, feel, or worse, all the time. My days of feeling good, or whole, or zippy, or excited, are long gone.

Then I’ll actually rest for a couple of days (always the very last action it occurs to me to take) and wake on Monday morning revivified, rejuvenated, re-energized.

It’s then that, like an insect in its death throes waving one last jerky leg, I’ll get a weird burst of energy and think, I want to walk the Camino Le Puy! I want to move to Tucson and buy a house! I want to live in Croatia for a year! I want to pray from a shepherd’s hut in Ireland!

As Father Denis at Holy Family said yesterday, apropos of not burying our talents, Figure out what you want to do. Make a decision. And then start taking small steps to implement the decision.

He talked about how the main reason we don’t live out our desires and dreams is fear. “F-E-A-R: False Evidence Appearing Real.” (Recovering alcoholics have a second acronym for fear: F__ Everything and Run).

Father’s wisdom was sound. And I’ve been thinking a lot lately about how when I’m frustrated with myself–perhaps because I’ve been blocked, possibly for a long time, by my own fear–I tend to turn the anger outwards.

This morning in prayer what I heard right away was: Mind Your Own Business. Because isn’t it so much fun to catalogue the zillions of ways everyone else is wrong, blind, an ideologue, stupid, hypocritical, gullible and self-righteous? Although actually it’s not that much fun. Taking the moral inventory of “the other” in the long run leaves me drained, exhausted, frightened, weakened, hopeless, and angry.

I, perpetually wanting all, heard “Mind Your Own Damn Business.”

And knowing one more time that I am loved beyond measure, snorted with laughter.