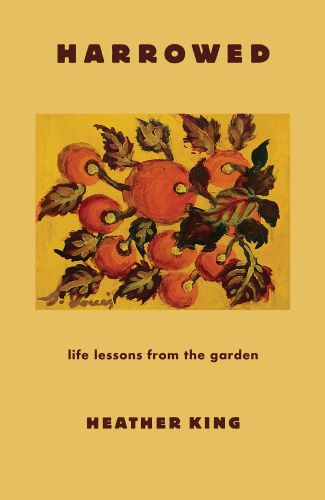 IT IS HERE. My newest book.

the back cover copy.

“This is the story of the garden: my first, and perhaps my last.

I didn’t know the garden would help teach me how to order my day, pray, let go, love my neighbor, die.”

Cover and interior by the great Rowan Moore-Seifred of doublemranch.com.

9 Replies to “HARROWED: LIFE LESSONS FROM THE GARDEN”