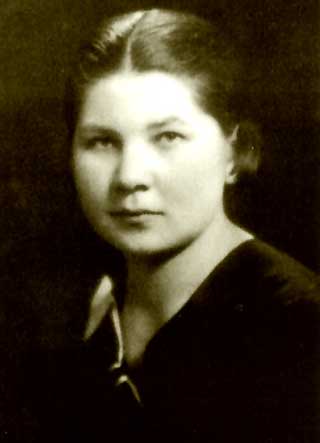 As a convert–I was received into the Church in 1996–I will forever be behind the Catholic learning and cultural curve.

I was taught in RCIA, for example, that receiving the Eucharist on either the tongue or the hand was fine. I have always received the Eucharist in my hand, and my feeling has always been I wouldn’t care if I had to receive it on my foot–who am I, that I should be worthy to receive the Body of Our Lord under ANY circumstances?!

Thus, as with so many other intra-Church arguments, I have remained somewhat oblivious of the heated emotion that the issue–tongue vs. hand–engenders.

Meanwhile, during COVID, first our local churches were closed completely here in LA–a dreadful period of a couple of months or so when we could not receive the Eucharist AT ALL.

Then they opened for a month or so. Heaven! Bottomless gratitude!

Then as of a couple of weeks ago, we were again forced to close the doors: however–and big however–we can have Mass outside!

Thus, in my local parish, daily Mass has been held in the narrow but lovely courtyard. We are all masked and appropriately distanced of course. And I, for one, have been moved near tears each time I’m able to go. Again—the abject gratitude. The cognizance of the hard work from the priest, deacons, servers, lecters, the people who set up the chairs, awnings, altar etc that go into making each Mass possible.

Several recent homilies have nonetheless been directed toward calming down and placating the apparently zillions of people who are OUTRAGED that we can’t hold Mass indoors.

I thought, My God, if this is the hardest, most “unfair” thing that’s ever happened to you, your life has been very different than mine. We’re HAVING the Mass for heaven’s sake and the sun is shining, it’s a balmy 75 degrees, the fountain is plashing, the birds are singing, we’re surrounded by Mission-style clay tile rooves and lichen-streaked pale pink stucco walls and royal palm trees and we get to pass the bas relief Madonna and child en route to the altar–I mean come on, people!

Now it appears “they” are even more up in arms because the Archbishop has instructed the priests, in light of COVID, to distribute the Eucharist only in the hand. Huge HUGE outrage, indignation, carping, complaining–again to the point that the priest had to keep us after Mass to explain that COVID IS A COMMUNICABLE DISEASE THAT HAS ASSUMED PANDEMIC PROPORTIONS, that the order had come down on high, and to placating the sensibilities of these tormented folk.

Whether receiving on the tongue or in the hand is the more ancient practice is apparently open to debate. And I of course totally get that receiving the Body and Blood of Christ is the most essential, most sacred single thing we do as Catholics. I very probably would feel the same way if I’d only ever received on the tongue since childhood.

But that’s not my point here (so please don’t “argue” it in comments). The point for me is that the Church has said receiving either way is acceptable and allowed–that we are RECEIVING THE EUCHARIST–and for me therefore, case closed.

But the deeper point is the phenomenon of complaining: how it corrupts morale; how it forfends all humility.

In fact, after I got done the other day judging those who are not HUMBLE and GRATEFUL like me, I recalled an incident closer to home that put the whole situation in its proper, as usual slightly tragicomic, perspective.

A couple of months ago I’d run into my downstairs neighbor in the back yard, a lovely young wife and the mother of a two-year-old daughter. We exchanged pleasantries and the news of the day and then I started kvetching about the construction noise that is often visited upon our often-in-need-of-repair 1920s Craftsman bungalow.

Really what I wanted, in retrospect, is what we always want when we complain: sympathy. I wanted to commandeer this poor beleaguered woman to MY way of thinking, my concerns, my league–as if fomenting dissatisfaction in my neighbor of our collective living situation was calculated to do anything but make her miserable!

Anyway, she listened patiently for a minute and didn’t much respond.

When I said, “Does the noise bother you?” she looked me in the eye and said, “I guess not as much as it does you. I have other things I worry about.”

I have other things I worry about. Is that not brilliant? For a second, I felt quite put upon and “unseen”–as usual, no-one cares about MY needs, my concerns. No-one understands that I need quiet to do my very important work. But quite quickly I realized that my complaining was actually doing active harm.

Because the thing about complaining is generally other people don’t have the same complaints as you. They have other things–their own things–to worry about, and they’re having the graciousness not to impose them on you.

So our complaining is not only a drag–our complaining also serves to divide. The other person can’t help but judge you as basically shallow (which at the moment is basically true), self-absorbed and someone to be at least a little bit avoided. I mean can you imagine the worries, given the current state of the world in particular, of the mother of a two-year-old child? And how very insignificant and beside-the-point mine must have sounded?

The deepest point is that perhaps never before in our lifetimes have we so deeply been called upon to stay the course, to strive to enter by the narrow gate, to spread the Gospel to the ends of the earth. We don’t do that by complaining. We do it with our presence, our humility, our gratitude, our patient endurance of the many points of contention we all feel at the moment, in and out of the Church.

We do it always, only and forever through the Eucharist. And next time I’m moved to kvetch, I, for one, would do well to remember the price that others have paid–without complaint–in order to receive it themselves.

Servant of God Adele Dirsyté (1919-1955), tortured and martyred in Communist Russia, wrote the prayer book “Mary, Save Us” while imprisoned in Siberia.

Born in Lithuania to parents who were farmers, Adele was the youngest of six children. At college she majored in philosophy, then worked for various youth organizations. Among them was Caritas, which served widows and orphans. She taught German at a girls’ school, leading her students in prayer and retreats.

The Soviet occupation of Lithuania began in 1940. In June 1941, Germany attacked the USSR and soon occupied the Baltic territories. During the Nazi occupation, Adele lived with a woman who was harboring a Jewish girl.

By 1944, the Soviet army had reoccupied the capital city of Vilnius. Adele began participating in a resistance movement that was organizing for Lithuanian independence.

In 1946, she was arrested for hiding a woman who had escaped from the Soviets. She was brought before a tribunal, and sentenced for “counterrevolutionary activities” to ten years in a concentration camp.

Imprisoned for a year in Vilnius, she was then transferred to what would be the first of a series of forced labor camps. She and her fellow inmates hacked trees, moved rocks, and built railways, They also endured bitter cold, poor sanitary conditions, and starvation food rations.

Adele was known for her kindness, faith, and steadfast efforts to console and comfort her fellow prisoners. At Magadan concentration camp, she managed to produce a small prayer book, hand-sewn with cloth covers. Other inmates were encouraged to add their own hand-written prayers as the book made the rounds of the barracks. Originally called: “Prayer Book for Girls Exiled in Siberia,” the little volume eventually found its way to the West and is now known as “Mary, Save Us.”

One day a priest inmate from the adjacent men’s camp arranged for the Eucharist to be brought over and distributed among the Lithuanian women. The guards noticed and, over the coming months, Adele was taken repeatedly to a cold underground cell and beaten. All her teeth were knocked out. Her fellow inmates realized she had been marked for “slow extermination.”

In the fall of 1953 she was held in the punishment cell for a week, then transferred to an unknown location for the winter. She returned to Magadan partially incoherent, with half of her hair torn out, and was moved to the mentally ill ward. Here she refused food, saying “You who work must eat.” She died on September 26, 1955. The cause for her beatification was opened on January 14, 2000.

One detail, from her time before prison, haunts. A former student remarked “She was modest and very quiet… Her lessons were a bit boring.”

Her lessons were a bit boring. How sharply we are reminded that the person marked out by Christ to share his crown is often outwardly ordinary and without special talents.

Her lessons were a bit boring. And within Servant of God Adele Dirsyté burned the heart of a martyr, a queen, a saint.

23 Replies to “GRATITUDE VERSUS COMPLAINING”