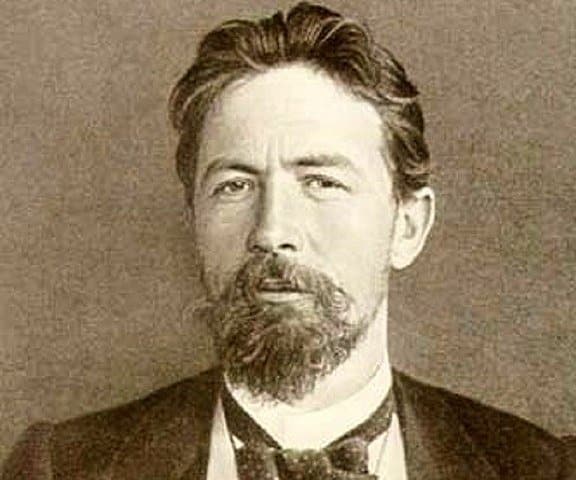 I’ve been on a Janet Malcolm reading kick. Reading Chekhov: A Critical Journey is shaping up to be my favorite of the bunch.

At one point she quotes a monk from the 1886 short story “On Easter Eve” who says in a discussion of the poetics of certain hymns of praise in the Russian Orthodox liturgy called akathistoi: “You can do nothing by wisdom and holiness if God has not given you the gift. Everything must be harmonious, brief and complete…Every line must be beautified in every way; there must be flowers and lightning and wind and sun and all the objects of the visible world.”

Adds Malcolm, “Chekhov’s own literary enterprise could hardly be better described. His stories and plays–even the darkest among them–are hymns of praise. Flowers and lighting and wind and sun and all the objects of the visible world appear in them as they appear in the work of no other writer. In almost every Chekhov work there is a moment when we suddenly feel as Ryabovitch felt when the young woman entered the room and kissed him.”

Chekhov is of course universally recognized as a master of the short story and play. He was also delicate, sensitive, funny, hard-working and kind. He undertook the care of his entire family, made little money as a doctor–he mostly treated peasants for free–and in 1890, undertook an arduous journey to the penal colony on Sakhalin Island, later writing movingly of the degradation and suffering he had witnessed there. He died of TB at 44.

In this 1886 letter, he’s taking his brother Nikolai to task for his dissolute drinking habits and generally lax character. His description of the “cultured person” is as sound today as it was 130 years ago.

“You have often complained to me that people “don’t understand you”! Goethe and Newton did not complain of that…. Only Christ complained of it, but He was speaking of His doctrine and not of Himself…. People understand you perfectly well. And if you do not understand yourself, it is not their fault….

Cultured people must, in my opinion, satisfy the following conditions:

And so on. This is what cultured people are like. In order to be cultured and not to stand below the level of your surroundings it is not enough to have read ‘The Pickwick Papers’ and learnt a monologue from ‘Faust.’ …

What is needed is constant work, day and night, constant reading, study, will…. Every hour is precious for it…. Come to us, smash the vodka bottle, lie down and read…

You must drop your vanity, you are not a child … you will soon be thirty.
It is time!

2 Replies to “CHEKHOV ON CULTURED PEOPLE”