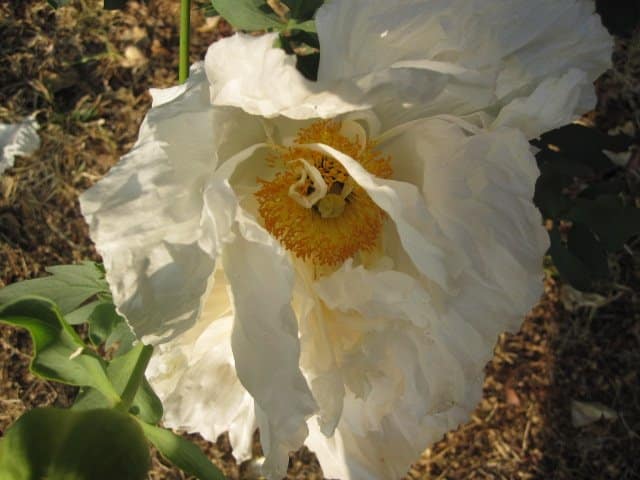 “[W]hite is a colour. It is not a mere absence of colour; it is a shining and affirmative thing, as fierce as red, as definite as black. When, so to speak, your pencil grows red-hot, it draws roses; when it grows white-hot, it draws stars. And one of the two or three defiant verities of the best religious morality, of real Christianity, for example, is exactly this same thing; the chief assertion of religious morality is that white is a colour. Virtue is not the absence of vices or the avoidance of moral dangers; virtue is a vivid and separate thing, like pain or a particular smell. Mercy does not mean not being cruel, or sparing people revenge or punishment; it means a plain and positive thing like the sun, which one has either seen or not seen.

Chastity does not mean abstention from sexual wrong; it means something flaming, like Joan of Arc. In a word, God paints in many colours; but he never paints so gorgeously, I had almost said so gaudily, as when He paints in white.”

–G.K. Chesterton, from an article published for Daily News in 1905, “A Piece of Chalk”

Curfew here in LA County is 10 pm tonight instead of 6, as it has been for the previous four nights. Staying close to home hasn’t been a hardship for me.

Yesterday, the Gospel reading was “Render unto Caesar what is Caesar’s, and to God what is God’s.” Father Joe at Holy Family in South Pasadena gave a simple, beautiful homily at the 8:15 am Mass. He pointed out that Christ lived under a harsh and oppressive government and was thus between a rock and a hard place–counsel people not to pay their taxes and be labeled an insurgent; counsel people to pay their taxes and be labeled a traitor to his own kind.

He was in much the same position we find ourselves today in other words, I added to myself.  He, Father Joe, went on to  point out that Christ was not a member of a bipartisan political system and thus did not live out his convictions by voting a certain way. Instead, he always tried to do what was right.

Of course he was killed for it.  But that was the code he lived by: He always tried to do what was right.

That’s an effort that for each individual leads into a thousand other questions, dilemmas, choices, decisions.

But I’ve thought often in recent days of the Sermon on the Mount: in particular–Blessed are the peacemakers.

We’re urged by certain voices to believe that our civic–and more disturbingly, increasingly our religious–“duty” consists in joining up with this side or that side so that we can then present a united front of hate against the other side.

This is a form of groupthink that, like all groupthink, is prima facie anti-Gospel, and that strikes me as abhorrent.

The peacemaker is not a milquetoast, a coward, a non-participant. The peacemaker feels the sorrow, the anger, the heartbreak, the injustice of “the system,” down to his her her bones–then consents to hold the tension without returning violence for violence.

This is no simple matter–anyone who’s tried it knows you flounder and teeter and fail, and that in many ways you ARE a coward. But I have never seen any form of violence in my own life-whether personal or political–accomplish one single enduring thing except to bring about more violence.

I’ve also been moved, in light of current events,  to read up on the one unforgivable sin: blasphemy, which consists in attributing the works of Christ to the devil.

Equally blasphemous, it seems to me, would be the attempt to attribute the works of the devil to Christ.

20 Replies to “G.K. CHESTERTON ON THE COLOR WHITE” 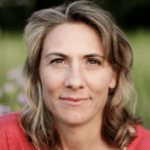