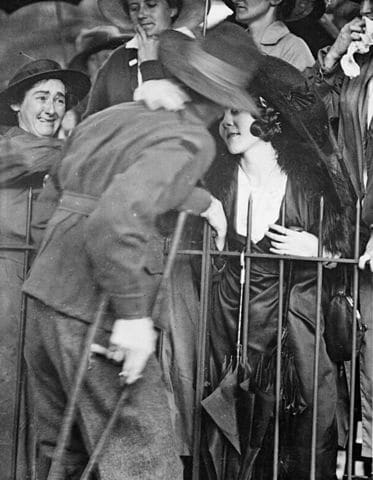 Have you noticed that suddenly, overnight, everyone is an epidemiologist? People you’ve known for decades suddenly have a brother-in-law, a very good friend, or a sister (always unnamed, and whom you’ve never once heard mentioned before) who just happens to be an infectious disease specialist and THEY say…

Suddenly everyone’s an oligarch: People you happen to know spend 85% of their waking hours trolling FB in their bathrobes start issuing imperious online commands: when, where and whether you’re allowed to leave your home; what household and food products you absolutely must hoard, I mean stock up on–else perish.

Suddenly everyone’s a psychic (even if we get rid of it now it will just come back even worse in the fall), a prepper (our supposed commitment to sharing, compassion for the poor, and the conviction that we rise and fall together all totally out the window), and/or a 100% apocalyptic alarmist.

At least four people told me yesterday, “I tried to go shopping and there’s NO FOOD ANYWHERE!”

I stopped in at my local 99-cents Only Store today and there was tons of food. Avocadoes, cherry tomatoes, kale mix, fresh mangoes, tuna, coconut juice and on and on. The checkout line was no longer than it would normally be on a Saturday.

It didn’t occur to me to go down the paper goods aisle, because I didn’t need anything there. As my brother Joe said when he called from Atlanta the other day: “Heath! They’re stocking up on TOILET PAPER! The stuff doesn’t even give you diarrhea!!”

I actually do know an infectious disease doctor and Brown professor, Dr. Timothy Flanigan from the Providence, RI area. I called him last week. He said social distancing for sure. No kissing, handshakes or hugging. He himself and his wife had just cancelled a trip. They were staying in more, playing board games, watching movies. He said Wash your hands. Other than try to go about your daily life. There’s cause for concern but not panic.

In other words, he corroborated the directives we all heard in the first five minutes of learning about the virus.

Tim is also a Deacon and what he said next struck me more. He said along with social distancing we need to find new ways of showing our love and support of one another. He said, “We can touch elbows in an especially warm way.” I added, “Our voices.” He chimed in–“Our eyes. Our body language.”

Then he added, “What’s really hard is that the people who are already way too isolated and lonely already are the ones who will suffer most. The elderly, the sick in hospitals, the lonely–and that includes many young persons.”

As Jacques Lusseyran, “Blind Hero of the French Resistance,” discovered during his fifteen months at Buchenwald:

“That is what you had to do to live in the camp: be engaged, not live for yourself alone. The self-centered life has no place in the world of the deported. You must go beyond it, lay hold on something outside yourself. Never mind how: by prayer if you know how to pray; through another man’s warmth which communicates with yours, or through yours which you pass on to him; or simply by no longer being greedy…Be engaged, no matter how, but be engaged. It was certainly hard, and most men don’t achieve it.”

Let’s hope we’re not all going to die. But if we are, wouldn’t Lusseyran’s be a worthy credo upon which to focus in the meantime?

For my own part, my decades of avoiding pretty much all television, radio, and social media “news” is standing me in incredibly good stead. All I need to know to keep abreast on any given day I can glean in two online minutes (and this week from the incessant emails that came through saying this, this, this, this and that have been cancelled).

I’m used to living in silence, forming my own opinions, going my own way, while also making myself available to others as fully as I reasonably can. That’s an MO that works, pandemic or not.

A friend sent this on yesterday, from Rabbi Yosef Kanefsky of Los Angeles ;

“The very last thing we need right now is a mindset of mutual distancing.”

“Every hand that we don’t shake must become a phone call that we place. Every embrace that we avoid must become a verbal expression of warmth and concern.”

“Every inch and every foot that we physically place between ourselves and another must become a thought as to how we might help that other, should the need arise.”

“Let’s stay safe. And let’s draw one another closer in a way that we’ve never done before.”

Leave a Reply to Sr. Dorcee A Clarey Cancel reply