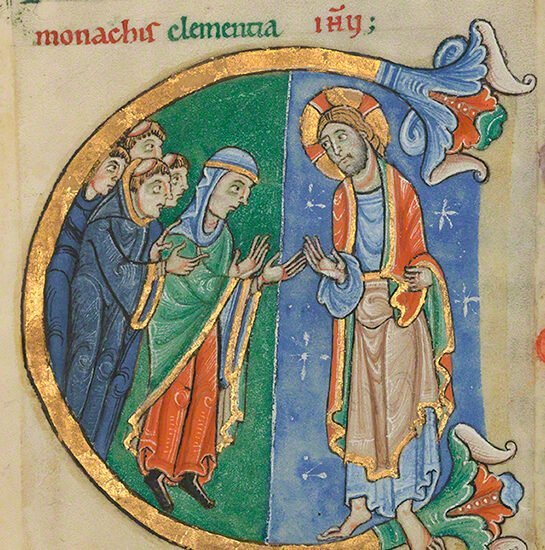 Let me say up front that I am not one of these people who feels oppressed, discriminated against and marginalized by the mere fact and station of another’s existence.

That you’re a man and I’m a woman doesn’t mean I feel called to mope about the world feeling victimized. That you like blue doesn’t make me jump to the conclusion that you hate me because I like green.

Because we have a day celebrating romantic love doesn’t make me feel I need a corresponding day to call attention to the value of my own station in life, which happens to be an unmarried, childless, “contemplative laywoman” as Magnificat Magazine (for whom I also write) sort of thrillingly puts it.

I especially don’t need such a day with the acronym SAD: Singles Awareness Day.

Who in God’s name came up with such a notion? And gave it such an unfortunate name!

I’ve felt all those things as a single person, but I felt them as well, maybe more so, during the 14 years I was married. I’m not saying twenty years of being single, and following the teachings of the Church, have been a picnic.

But what is? Certainly not marriage. St. Paul himself advised that if you’re unmarried—stay that way. You won’t be torn between family obligations and will be able to devote yourself single-mindedly and single-heartedly to God.

I’ve found that to be true. If I’m not any holier now than when I was married, I’m definitely less torn.

But back to Singles Awareness Day. According to the National Retail Federation, spending on Valentine’s Day this year is poised to top $27.4 billion, up 32 percent from last year’s record $20.7 billion. The basic thrust behind SAD, as far as I can see, is that it’s a marketing opportunity. Hey, cheer yourself up! Buy YOURSELF some chocolates. Treat YOURSELF to a day at the spa!

Anyone who’s made his or her way through the world solo for any length of time is on the one hand made of sterner stuff than that. And on the other hand, that person has learned to be kind to him- or herself all the time, not just on February 14.

The Cross is the one place those two seeming opposites meet.

To live my life centered on the Eucharist allows me to rejoice at and to support the human family in all its iterations. (Valentine’s Day itself, by the way, is based on the martyrdom of one or possibly two saints by Emperor Claudius II in 3rd-century Rome).

Fellow celibates and their quiet fidelity to the teachings of the Church—which is to say, to Christ—are some of my most precious spiritual companions. That’s whether or not I ever meet them.

Married couples, with or without children, support and console me in my station, and I support and I hope console them in theirs. Is anything calculated to make the human heart soar higher than a married couple at Mass with their newborn baby? Their joy doesn’t diminish mine, but rather enhances it.

We want to give everything to God! As Thérèse and all the saints remind us, whatever our station there is one Way only. And narrow is the gate.

I’m reminded of consecrated virgin Christina of Markyate, born circa 1095-1100 in East Anglia to wealthy merchant parents. As a child, she visited the Benedictine Abbey of St. Albans and became attracted by the monastic way of life.

Having taken a vow of virginity, she spurned the advances of Ranulf Flambard, bishop of Durham. With the collusion of her parents, the bishop forced her into an arranged marriage with a man named Beorhtred: a union Christina steadfastly refused to consummate.

Instead, she fled close to St. Albans and lived for three years as a female recluse. Next she went to Markyate and, under the protection of an elderly monk named Roger, lived in a tiny cell, suffering hunger, thirst, and cold.

Over the course of her lifetime she had many spiritual friendships with men. But the lengths to which she went to preserve her virginity against physical and emotional threats, family exile, and pressure from the Church were extraordinary.

Beorhtred eventually released Christina from her vows. She returned to Markyate and made her formal profession as a consecrated nun around 1130. A community grew up around her, which in 1145 was declared a priory.

Her parents had wanted to marry her off to a rich husband, and for years accused her of holding out for someone even wealthier than Beorhtred.

“A more wealthy one certainly,” Christina replied. “For who is richer than Christ?”

One Reply to “THE LAMENESS OF SINGLES AWARENESS DAY”