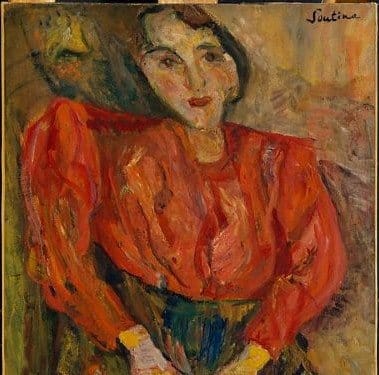 I’m no unalloyed fan of Camille Paglia. Her embrace of the New Age and desire to be a man leave me cold.

On the other hand, I’m totally on board with her disdain for political-correctness-gone-awry and her recognition that without religion civilization is doomed.

Of Paglia’s time at Yale in the 80s, when the thought of French “deconstructionists” Jacques Derrida, Jacques Lacan, and Michel Foucault held sway:

“But to Paglia, nothing was more important than saving the universities from the “soulless, beady-eyed careerists” who “cynically deny the possibility of meaning” in the great works of the past and have ruined the humanities with their “shallow, juvenile attitude toward culture.” During our conversation, Paglia called them “absolutely the most corrupt and evil individuals on the landscape.”

To Paglia, the antidote to this [despiritualized cynicism] is the kind of education she received at Harpur College, which counterbalances the sensory immediacy of pop with the philosophical depth of complex high art. But unless they deliberately seek them out, today’s students are rarely exposed to the greatest and most influential works of Western civilization. What they often encounter instead is a watered-down Marxism that sees the world in terms of society, politics, and economics—a materialistic philosophy that has no sense of the spiritual or sublime.

“That’s why they’re in a terrible fever and so emotional,” Paglia said. “There is a total vacuum in their view of life. They don’t have religion any longer. Religion teaches you metaphysics. It shows you how to examine yourself and ask questions about your relationship with the universe.” The Bible, she said, is “one of the greatest books ever written.”

Instead of finding meaning in religion or culture, today’s new generation has turned to politics. This, Paglia said, is “absolute idolatry.” Her students believe that “human happiness is possible through social reform—that utopia is possible.” A much better understanding of human nature is found in the great works of art and literature, which reveal “the tragic view of life.” The fact that Break, Blow, Burn became a national bestseller reveals that there is a craving for the kind of education Paglia is advocating.

The route to a renaissance in education and the arts, she argues, lies in the study of religion. “All art began as religion,” Paglia said in a debate at the Yale Political Union in 2017. Its metaphysics “frees the mind from parochial entrapment in the immediate social environment.” Its “stress on personal responsibility for the condition of the soul,” she added, “releases the individual from irrational blame of others.”