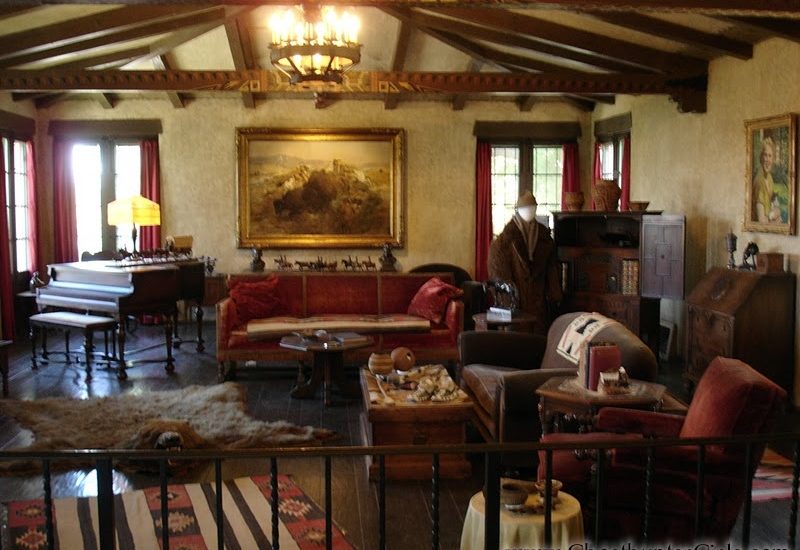 William S. “Two-Gun Bill” Hart (1864-1946) was a silent film star. Wildly popular in their time, his movies tended to follow the same arc — he started out bad and ended up good.

Born in upstate New York, Hart began his career as a Shakespearean stage actor. His breakout film, “The Bargain,” opened in 1914, when he was 50 years old. In 1915 and 1916, he was voted the biggest money-making star in the U.S.

He built his retirement home in Newhall, near what is now the confluence of the 5 and the 114 freeways: “La Loma de los Vientos” — “The Hill of the Winds” — he called it. The architect was Arthur R. Kelly, whose other designs included the Wilshire Country Club in Hancock Park and what we now know as the Playboy Mansion. He specialized in the Spanish Colonial Revival style and completed the Newhall project around 1925.

When Hart died, he left all 265 acres to Los Angeles County, with the proviso that the house be converted into a museum, open to the public for free.

The grounds comprise a park with an animal barnyard, a picnic area, a trading post, hiking trails, and Heritage Junction which includes the Santa Clarita Valley Historical Society’s museum (open Saturdays and Sundays 1-4, or by appointment).

The museum, which operates under the auspices of the LA Museum of Natural History, is up a hill that you can either drive or walk. Though the sun was broiling the day I went, I opted to walk, skirting the “Watch for Rattlesnake” signs and making my way past the Dog Cemetery, the Bunk House, and the herd of American Bison that started with a bequest from Walt Disney and who, like me, appeared to be stupefied by the heat. The view of the valley is quite lovely. Other animal life that can be spotted nearby includes red-tailed hawks, turkey vultures, mule deer, California scrub jays, cottontail rabbits, and Western Fence Lizards.

Up at the house, I checked out the stone-walled sun deck (sun deck! how about a recreational igloo?), used the restroom, and was skulking about the patio when a dozen people emerged from the previous tour. As it happened, however, I was the only one who showed up for the 2:00, if you don’t count the large armed guard who shadowed the docent and me throughout.

The house is approximately 10,000 square feet with 22 rooms and is built into the hillside with the main living areas on the second floor. Charming, cool, and dim, it features whitewashed adobe walls, arched doorways, beamed ceilings, and fireplaces. Scattered throughout are Native American rugs, Western artwork and memorabilia from Hart’s movies.

The docent’s spiel touched on various avenues of inquiry I would have liked to explore further. One was Hart’s 1921 marriage to Hollywood ingénue Winifred Westover, which ended with the couple separating a scant three months later (they officially divorced in 1927).

He installed her in Newhall at the Ranch House down below (the mansion hadn’t been built yet): could she not bear being so far from the limelight? Or was it true, as whispered in the Industry, that Hart was a wife-beater? Whatever the case, Westover gave birth the following year to a son, William S. Hart, Jr. (1922–2004), and Hart provided for both of them for the rest of their lives.

Also interesting was the fact that Hart lived at The Hill of the Winds with his sister, Mary Ellen, who seemed to help manage his affairs. Though my own brothers, or most of them, love me, I’m pretty sure we would come to fisticuffs within about 48 hours of trying to live and/or work together.

Hart was deeply attached to his film partner horse, a brown and white pinto named Fritz. There’s a plaque of horseshoes in the dining room, with Fritz’s enshrined in a heart at the crown. The main trail leading out from the house is named Fritz Road. There’s a large painting of—Fritz!—at the head of Hart’s bed.

Then there were the Itos, the faithful servant couple who kept house, brought Hart and his sister meals, washed their laundry, and tended to guests. They had their own small wing, at the end of the first floor hall. And during WWII, the docent mentioned in passing, they ended up being sent to a “Japanese relocation camp.” What a story the Itos could have told! And what a sad repayment for their contribution to the history of film.

With its many recreational and cultural possibilities, the whole compound is well worth a visit. The Park offers a “Silents Under the Stars” series, most recently with a screening of Hart in “Square Deal Sanderson.”

Those were the days when men were men, horses were horses, and a couple of guns saved the day. Things were simpler then—or were they?

One Reply to “THE WILLIAM S. HART RANCH AND MUSEUM” 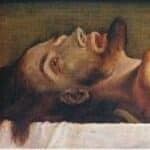 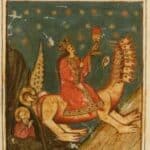