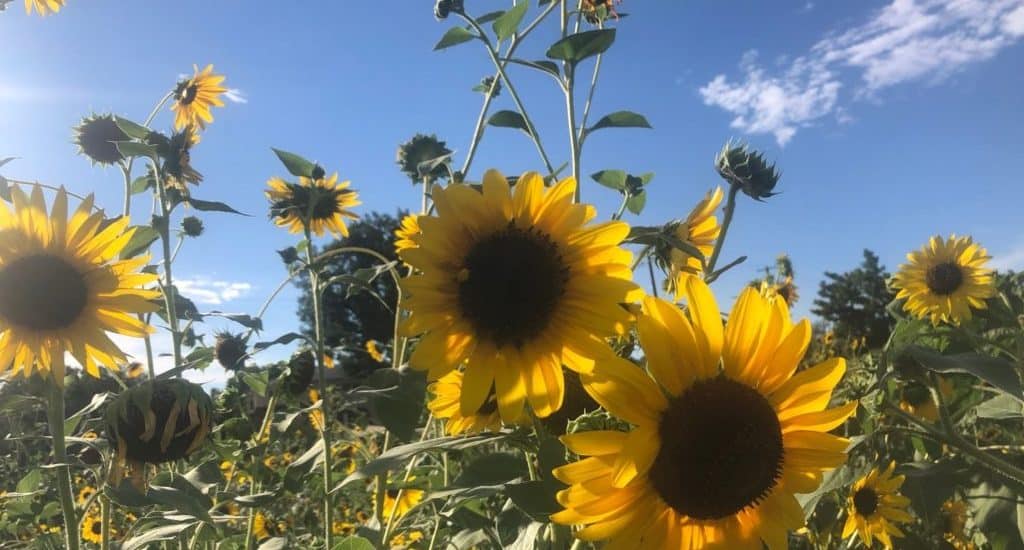 In a piece this week for “Catholic Philly,” Philadelphia Archbishop Charles J. Chaput reflects on the recent shootings in Gilroy, El Paso, and Dayton.  He wrote:

“Now begins the usual aftermath: expressions of shock; hand-wringing about senseless (or racist, or religious, or political) violence; bitter arguments about gun control; heated editorials, earnest (but brief) self-searching of the national soul, and eventually — we’re on to the next crisis.

I buried some of the young Columbine victims 20 years ago. I sat with their families, watched them weep, listened to their anger, and saw the human wreckage that gun violence leaves behind. The experience taught me that assault rifles are not a birthright, and the Second Amendment is not a Golden Calf. I support thorough background checks and more restrictive access to guns for anyone seeking to purchase them.

But it also taught me that only a fool can believe that “gun control” will solve the problem of mass violence. The people using the guns in these loathsome incidents are moral agents with twisted hearts. And the twisting is done by the culture of sexual anarchy, personal excess, political hatreds, intellectual dishonesty, and perverted freedoms that we’ve systematically created over the past half-century.

So I’ll say it again, 20 years later. Treating the symptoms in a culture of violence doesn’t work. We need to look deeper. Until we’re willing to do that, nothing fundamental will change.”

I couldn’t agree more. I can’t understand why every Catholic bishop and priest in the country isn’t calling loud and clear for a ban on assault rifles (at the very least). And the secular world betrays its own limitations by failing to recognize that the violence that permeates the American psyche is at bottom a spiritual crisis, a sickness of the national soul.

“The real problem [of Columbine-like violence in our culture] is in here, in us … In the last four decades we’ve created a culture that markets violence in dozens of different ways, seven days a week. It’s part of our social fabric. When we build our advertising campaigns on consumer selfishness and greed, and when money becomes the universal measure of value, how can we be surprised when our sense of community erodes? When we glorify and multiply guns, why are we shocked when kids use them?”

Aside: Archbishop Chaput wrote a book in which from what I understand he maintained that every Catholic should vote based SOLELY on whether a candidate is for, or against, laws that ban abortion. But just as gun control laws in and of themselves won’t stop gun violence, laws restricting abortion won’t stop abortion–and for the very same reasons he himself stated above. So what do you do if a candidate thinks abortion is fine but supports the abolition of private ownership of assault weapons? What do you do if a candidate purports to support life in the womb but in his or her life, actions, speech and spirit is a malignant, racist, hate-spewing, lying narcissist?

Would that life were so clear-cut that we could extract an “issue” from the whole fabric of existence, choose the “right” side, and let our consciences rest. It’s not, ever. Thus, Christ nailed to the cross: of the paradox of human existence’; of the fact that for us to live and consume, someone else necessarily dies or goes without; of the fact that no issue or money or decision or act is totally “clean” except possibly martyrdom.

So how to proceed without despairing? How to refuse the thought, Nothing I do matters, so I will do nothing at all.

“The real problem [of violence in our culture] is in here, in us”…[Similarly, when a newspaper posed the question, ‘What’s Wrong with the World?’ G. K. Chesterton reputedly wrote in response: “Dear Sirs: I am.”].

Wednesdau, I drove from the 300 or so miles from Winnemuca, NV to Boise, Idaho. I started at 7 am, knowing there was an hour time change, and set as my goal to arrive in Boise in time for 12:15 Mass at St. John the Baptist.

The landscape was glorious and en route, I prayed the Glorious Mysteries, and for many people in my life, and others who’ve specifically asked me to pray for them. I also prayed my car wouldn’t break down, that I could pass the semi in front of me without getting squished by an oncoming semi, that I’d find a place to pull over and pee, that my life would bear fruit, that my heart would be purified, that there’d be enough cell reception so I could check the Rogers Cup live scores, in gratitude, that the Boise Co-op would carry bread from the Acme Bakery, that I could reach into the cooler and eat a cup of yogurt and blueberries while driving, for the hideous heart-stopping gun massacres that our nation allows and de facto encourages would stop.

I thought about the fact that “being an American” has come to mean two very different things to two very different groups of people, or perhaps truer, that the American psyche has always had a split down the middle of it. In New Hampshire, where I was raised, our license plates, for example, read and still read, “Live Free or Die.” The American Revolution was still very much a part of the civic psyche. Town commons were and still are adorned by cannons, flags, and statues of Paul Revere. On the fourth of July, you can still drive through Portsmouth, the town where I was born, and see grown males dressed as Minute Men.

Violence, in other words, upon which our nation was founded, was in the air, and so was the so-called righteousness that attended it, the thought here being: This land is ours and we’re willing to die for it. Except actually the land is never anybody’s except God’s. The land is for those who understand and revere and cherish and value and preserve it, which at that point would have been the Native Americans who we massacred before grabbing and “conquering” it.

We never dealt with our collective and subconscious guilt. Instead of transforming the wound, we refused to acknowledge and thus transmitted it. Race has thus always been a factor in our history, and so has violence.

We paid superficial lip service to an amorphous ecumenical, toothless “God,” then commandeered and appropriated “God” to support our violence. We claim to be a religious nation but as a nation we have never  truly bowed before any god besides our own self-interest and greed. We’ll put a good gloss on it, like we all do in our daily lives, but when you get right down to it–self-interest and greed.

Beside the live free or die mentality arose many of the values upon which I have based, however imperfectly and inconsistently, my adult, sober life: hard work, decency, doing for your neighbor. A desire for the common good, and the cognizance that such a desire has sacrifice and compromise built into it.  You might want to play your music full blast, for instance, but that is probably going to bother your neighbor so you tone it down. A gratitude and reverence for the landscape and natural resources that manifests not so much in joining an organization but in ordering your daily life so as to be able to drink in and reflect as much as possible of that landscape.

I’m thinking of my father, who had a vegetable garden and shared the produce with neighbors. I’m thinking of my mother, who gathered greens from the fields in back of our childhood home and made Christmas wreaths from them. You operate on the honor system. You try not to take out without putting back in, hopefully more than you took.

But there’s a dark side to the live free or die ethos, too. That one says I can do whatever I want and you can’t tell me not to because I’m an American. I can ride my motorcycle back and forth through your neighborhood purposely gunning the engine and making as much noise as I possibly can at because I’m an American. I can drive a giant gas-guzzling 4 by 4 to transport myself and the one kid to Trader Joe’s and yoga even though the world is in grave climate-change peril because I’m an American. I can acquire an arsenal of assault weapons in spite of the fact that my insistence on the “right” to such weapons causes incontrovertibly contributes to countless massacres of my innocent neighbors,  I can be the President of the United States and proudly pay no taxes because I’m an American, and a smart one at that. (That half those taxes go toward maintaining our military might, while our people go hungry, uninsured, uneducated, and jobless is another story–suffice it to say our President worships both our national military might and his own refusal to pay for any of it).

I, too, have a psychic split. As St. Paul said, The good I want to do I don’t do, the evil I don’t want to do, I do. What’s the matter with the world is me. That I return again and again to my own need for mercy is what grounds me, enables me to continue living with some small kind of hope, strengthens me to take any action at all.

I drove 219 miles on 95 N (a two-lane highway), then cut off on 55-E, which was undergoing road work and had stop lights, then 84-E, where I could book it cause time was beginning to get tight, then off onto surface streets and downtown Boise and more road work and traffic congestion and with two minutes to go spotted St. John the Evangelist, jockeyed a parking space, grabbed my Magnificat, phone, keys, purse, sprinted across the street and asked a cluster of construction guys (the church is undergoing some kind of rehab) where the chapel was if they knew.

“Right down there, just duck under the yellow tape,” one of them said, and I rushed in sweaty and shaking, during the Responsorial Psalm. Three hundred miles and I’d made it by a margin of seconds in time for the Gospel, so I felt I could in all good conscience, especially since I’d done everything in my power short of endangering others to arrive on time, take the Eucharist.

Lots of the women wore mantillas (and they weren’t Latina), and in front of me was a young, well-built guy wearing a “Take the Hill” T-shirt, the back of which I studied during the homily. Pictured was a platoon of soldiers in camo gear with unbelievably scary-looking black hoods and machine guns. I’m not saying Christ was a pacifist, simply because Christ didn’t have ideologies or formulas for anything. But I have a very hard time squaring the Gospels with assault weapons, of any kind, for any purpose. “Render unto Caesar what is Caesar’s and what is God’s unto God.”