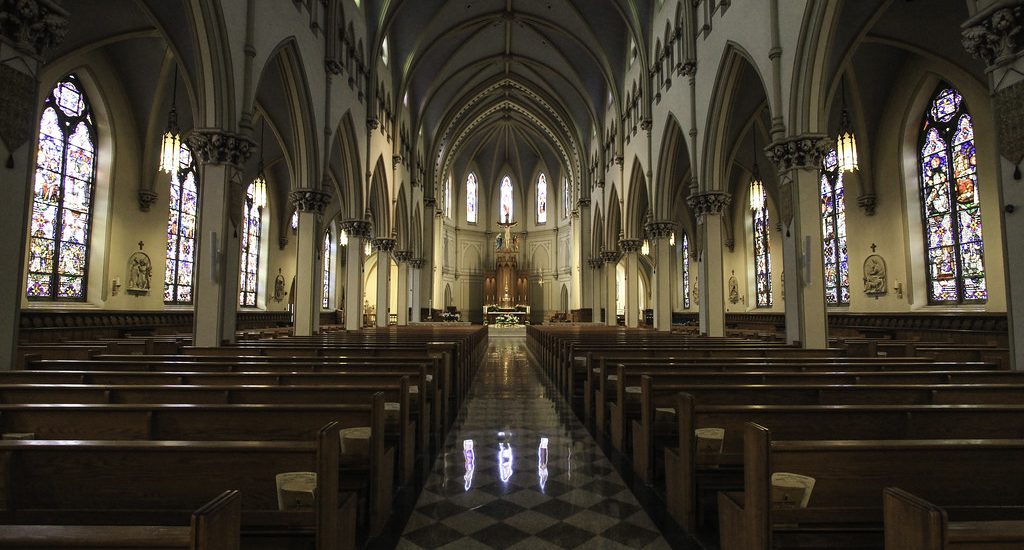 Because I travel so often for work, I rarely if ever take a “vacation.” But recently I spent a week in Washington, D.C. — first-time visit — and loved it.

It helped that I had enough United Airline miles for a free ticket, and a cheapish place to stay: St. Dominic’s Priory (not to be confused with the Dominican House of Studies, which is across from the National Shrine).

Generally, in order to score a room there you have to be a priest, or the mother of a priest, or to occupy some similarly exalted position. My in was that I write for Magnificat magazine, thereby proving that even the lowly job of Catholic writer does have its perks. Not only that, the good fathers gave me the bishop’s suite!

I don’t care about any of the government stuff, I’d told myself in advance. Probably be a bunch of stuffed-shirt functionaries in black SUVS.

Similarly, I’d heard the phrase “Washington Mall,” and without even bothering to, say, look at a photo, figured a mall of any kind was a place to avoid.

My first night I strolled in that direction and, looking down Independence Avenue, caught a glimpse of the Smithsonian Castle. After going over to investigate, I was struck dumb not only by the building but by the gorgeous surrounding gardens where I spent every spare moment for the remainder of my stay.

The next day I discovered, like millions before me, that the Mall is a splendidly landscaped, miles-long public space featuring memorial parks, gardens, ponds, stately old buildings, and a Tidal Basin.

I even found my heart swelling with fellow feeling at the sight of the Washington Monument, the Lincoln Memorial, and the famous reflecting pool.

I went from contempt prior to investigation to being overwhelmed by the beauty, the scale, and the abundance of free museums.

Saturday night my friend Laura, a DC native, offered to drive me back from dinner in her Pennsylvania suburb. “Do you want to see Capitol Hill?” she asked. “It’s really kind of nice.” “Um—okay,” I thought, thinking to humor her.

Well, Capitol Hill in case you don’t know, is beyond charming! Dear old row houses, cobblestoned streets, pocket parks. Also, and this was city-wide, there were tons of Catholic churches. Laura pointed out St. Peter’s, where she sings in the choir.

She even took me by the back of the White House, which from that angle and at that hour—late dusk—looked like a prison.

Over the course of the week I visited the National Museum of African Art, the Sackler Gallery, the Hirshhorn, and the US Botanical Gardens. I made a field trip to Tudor Place and Dumbarton Oaks in Georgetown, and all I can say is that if anyone has a spare pied-à-terre in that neck of the woods, please do let me know.

But as the days flew by, what really anchored me to DC were the Dominicans. What with the attached graceful parish church, the surrounding lawn, and the hydrangea borders, it took me a while to realize that the Priory is bordered by a freeway, the HUD Building, and the Constitution Center.

Here, smack in the midst of “the world” lies another world: men who gather in the chapel each morning at 7:30 to sing Morning Prayer, followed by Mass. Who say the Office of Readings and Evening Prayer at 5, then assemble outside the refectory before dinner to pray the “De Profundis” for their brothers, by name, who have died on that day through the years. Priests who study, give spiritual direction, offer parish missions, go out each morning as chaplains to area hospitals.

Men who could not have been more unobtrusively welcoming, hospitable and warm.
One morning an umbrella was anonymously left hanging on my doorknob. The next, a priest whose name I didn’t catch dropped off a flyer for the DC Circulator, a local bus. Fr. Jacob Restrick, the prior, took the better part of a day off from his myriad duties and personally squired me to the Basilica, the Dominican House of Studies, and the JPII Shrine.

And back home in LA., with all the splendor of DC, it’s a Mass offered the night I arrived by Fr. Leo in one of the side chapels that lingers in memory. A priest, with a hundred other things to do and a thousand other people to serve offering this precious gift to a visitor, a stranger. Me, bedraggled after a day of flying, awkwardly genuflecting before the altar: a congregation of one.

A mile away lay the code to weapons powerful enough to destroy entire cities, a Congress whose decisions reverberate globally, the Supreme Court of the richest and mightiest nation the world has ever known.

Here in a tucked-away chapel, unseen, unremarked upon, two gathered in his name and knelt before all Truth, all Love, all Power.

“Amen, I say to you,” the Gospel ran that day, “until heaven and earth pass away, not the smallest letter or the smallest part of a letter will pass from the law, until all things have taken place.”

2 Replies to “WASHINGTON DC AND THE DOMINICAN PRIORY”