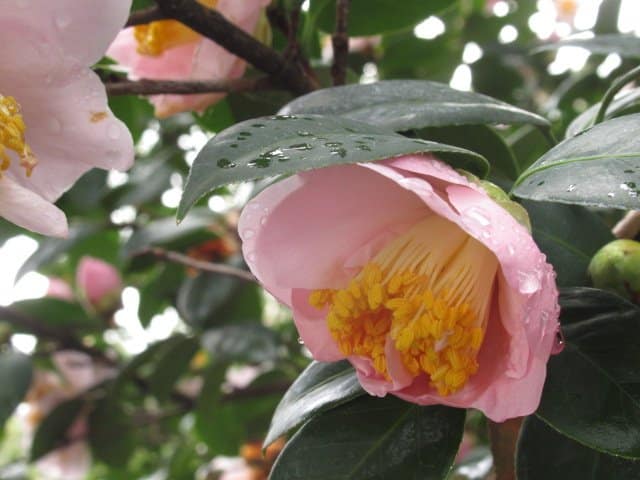 One of the great things about my Pasadena neighborhood is that every other block or so you come upon one of those Little Free Libraries. I am constantly  returning books I’ve found in one Free Library to another Free Library (and adding new ones), trolling, and pouncing.

The one up on Atchison near El Molino has a wonderful smell of sun-warmed wood so that just opening the little latched door and sticking my head in for a deep draught is a thrill.

Clearly an editor or agent lives nearby as in this one I’ve found the galleys to Maria Sharapova’s memoir Unstoppable,  the galleys of a very juicy biography of one of my literary heroines, Betty MacDonald, and the galleys to a whole bunch of other books that didn’t grab me.

Every once in a while I’ll happen upon the very, somewhat obscure title that’s next on my list: The Road to Oxiana, for example, by Robert Byron. Then there are the books I’ve read but just kind of want to have a copy of around the apartment. Over the course of the last year or so I’ve scurried home with Lewis Hyde’s The Gift, Naked AND Me Talk Pretty One Day by David Sedaris, Kenneth Grahame’s The Wind in the Willows, and several Charles Dickens novels.

Even the books I don’t take home become friends. Seabiscuit has been in the box on the north side of Eldora for months, the one down on Oakland has a dozen Dorothy Sayers mysteries, and Ann Rule’s If You Really Loved Me (VERY creepy father) clearly either gets perpetually passed around from library to library or is a super-popular book.

That one I did read–in fact, I went through an Ann Rule phase many years ago. I’m sorry to say I’m a sucker for true crime: one of my recent finds was Savage Grace, the story of the inventor-of-Bakelite family–ouch.

These things have a way of turning on you, though. The other night for example I grabbed Filthy Rich: The Billionaire’s Sex Scandal, about a pedophile whose name I won’t even bother to mention. Interestingly the thing has three authors, all of whom should be ashamed of themselves–not because of the subject but because it is so incredibly shabbily and shallowly written.

Well, serves me right. In the opening pages I learned that the perp wore or wears Stubbs & Wootton velvet slippers, which of course I had to google and now every single article I read online or on my phone has about 80 ads for these stupid slippers, which come with martini glasses for example embroidered on the instep.

I believe this is God’s way of telling me to cut down on the trashy “entertainment.” In fact I was going to a matinee of Midsommar today, which is apparently a super-gory, Scandinavian pagan-fest horror movie starring Florence Pugh (who I so loved in Fighting With My Family!)

But I’ve been feeling pretty bleak lately so perhaps not.

In fact Sunday at Mass I just sat there weeping, thinking Oh if only I could just crawl toward the tabernacle, rest my head there, and die.

We have a new pastor at St. Andrew’s and another new priest, Fr. Roberto, who said Mass this morning in the red robe of the martyrs as it is the feast day of St. (Doubting) Thomas. He, Father, was enthusiastic and tall and pointed out that we all have many times in our lives when we’re like “Show me the wounds and then maybe I’ll believe but in the meantime where the hell are you!!” and
I liked him a lot.

After Mass I was going to go straight to my car and have my morning barley-in-a Tupperware container before heading to the library as I am basically homeless during the day, but instead I actually did sit before the tabernacle, and prayed the Glorious Mysteries.

The church was dimly-lit and I looked down the pews and saw a few other scattered old people, heads bowed, and Christ on the cross and the candle burning in the red glass and that was when I thought Okay Lord, I guess I’ll skip Midsommar.

Sometimes you just want your brain to shut off. But tonight I’ll practice the piano, and read another couple of chapters of Brideshead Revisited and maybe watch something relatively tame, like The Strange Love of Martha Ivers or Jezebel.

I don’t doubt for a second that Jesus, like me, is a huge Barbara Stanwyck and Bette Davis fan.