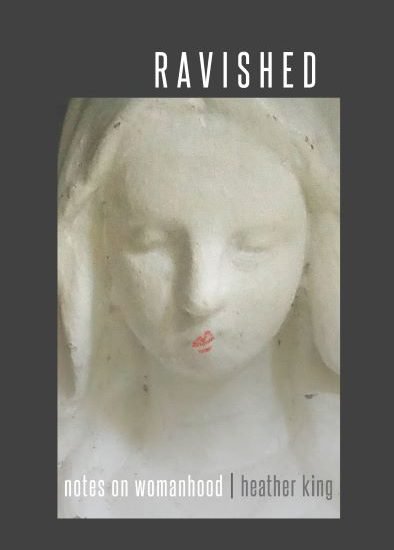 HERE’S THE BACK JACKET COPY:

Single, childless, I went in the fall of  2015 to Rome for the Synod on the Family.
My model was Catholic Worker co-founder Dorothy Day who during the Second Vatican Council, sailed from NYC by freight boat, took a room in the poor quarter of the city, and for ten days fasted on bread and water and prayed.
It wasn’t exactly like that for me. Still, I ate simply. I more or less kept silence. I walked along the banks of the Tiber, and pondered.
I thought of how Dorothy had given up the love of her life, an atheist who objected to the baptism of the child they’d conceived. She laid down her life for the poor, the marginalized, the hungry. She remained celibate for the rest of her life.
I thought of how the word “mother” comes from the same root as matter. I pondered the line from Luke’s Gospel where the women who followed Christ “ministered unto him of their substance.”
From their matter, their essence. Their bodies and blood.
These essays are part of my own body and blood that have been poured out—through a lifetime of romantic anguish, a divorce, three abortions, and since the mid-‘90s, a fervent and ongoing conversion.

I can’t find a place for myself—as a woman, as a human being—in contemporary culture. My own movement would be called #AllOfUs. For any man or woman who feels the same—take this book. And eat.

HERE’S THIS WEEK’S PIECE, IN FULL.

This past Mother’s Day at Mass, the priest said, “Would all the mothers please stand? And that includes not just those who have physically given birth, but all those who are spiritual mothers.”

I myself was not up to mothering. Can anyone imagine a more heroic, difficult, higher calling? I bow before the steady nerves, courage, drive, patience, long-suffering, forbearance, discernment; the capacity for love and the capacity for suffering that even “bad” mothers demonstrate!

I’m not a mother but I admire and support mothers, I have the heart of a mother, and I’m “mother,” in my way, to many.

I owe that to the Church, to Christ, and so I stood with the others.

Always, no matter our station in life, the Church gives us a place at the table. Consequently, I don’t feel oppressed. I don’t feel angry. I don’t feel perpetually injured, victimized, and aggrieved. I feel more or less like I’m doing what I was put on earth to do.

AND HERE’S AN EXCERPT:

THE EIGHTH STATION OF THE CROSS

My first kiss was near the ocean.

I first told a guy “I love you” while walking along the shore of the ocean.

In 1990, newly sober, newly married, I moved to another ocean, another shore. In 1996, I converted to Catholicism and came into the Church. In 1999, my father died. In 2000, I was diagnosed with breast cancer. In 2001, I was divorced and had my marriage annulled. In 2010, I sought healing for the abortions I’d had over twenty years before. In 2012, my mother died.
For years, I’d set aside an hour or two each morning for prayer. I read, pondered, and wrote about the Way, the Truth and the Life of Christ. I devoted many hours a week to staying sober and helping another alcoholic to achieve sobriety.

And in July, 2014, I decided to go back to the coast of Massachusetts, general site of my deepest childhood, sexual, and emotional wounds. I signed up to do a 30-day retreat, based on the spiritual exercises of St. Ignatius of Loyola.

A few days in, I was walking a footpath in the woods when I came upon the Stations of the Cross.

I’d prayed the Stations many times over the years, usually during Lent, without paying especially close attention. But recently I’d felt moved to buy a little laminated card, imprinted with the appropriate numbers and prayers, which I happened to be carrying in my back pocket. I’d thought, dimly, to commit all fourteen to memory. This particular Stations consisted of simple, open-faced wooden boxes with small metal bas-reliefs: Station One: Jesus Is Condemned to Death. Station Two: Jesus Takes Up His Cross.

Each was nailed to a tree and the trees formed a double row: a kind of grassy allée that ran down to the ocean. The woods were alive with the sound of birdsong, the skittering of small mammals, the low hum of insects.

So I had my little card, and I was going along, praying. And at Station Eight—“Jesus Speaks to the Women”—I was unexpectedly overcome. Between the second and third time that he fell, Jesus spoke to the women.

I’d never reflected that, according to tradition, the women were the last people Christ met before he fell to the ground beneath his burden, was stripped of his garments and was nailed to the cross. We all like to look good in front of the opposite sex, but at that point he would have been at his absolute worst: his weakest, his most vulnerable, his most physically grotesque. And yet he stopped. He spoke to the women.

Jesus spoke to the women. He was speaking still. He’d been speaking to me, personally, all along.

The intensity of my reaction shocked me. I felt a stab of melting intimacy, a rock-bottom sense that as an aging, childless, spouseless woman, I was wanted and needed and loved, by him at least, if not by the world.

It may have been the first time I definitively realized that my long, long, pilgrimage toward purity of heart, purity of motives, the slow burning away of all in me that was self-absorbed, self-obsessed, and selfish was not just about me; not even primarily about me.

It was the moment I realized that for over two decades, I’d been writing about and trying to work out what it means to be a woman walking with Christ.

It was the moment I thought: I should collect those thoughts into a book.

A week later, I noticed a huge bull’s-eye rash on my stomach, went to the ER, and was diagnosed with Lyme disease.

Very funny, Jesus. I’m pretty sure that deer tick bit me while I was kneeling in the woods, weeping.

BUY MY NEW BOOK!
AND TELL A FRIEND.

6 Replies to “RAVISHED: NOTES ON WOMANHOOD”