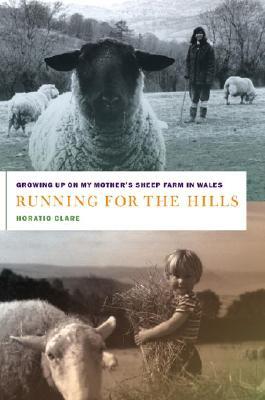 I just finished an extraordinary memoir, Running for the Hills: Growing Up on my Mother’s Sheep Farm in Wales by Horatio Clare.

Like many people I know, Clare grew up with a gloriously eccentric (sometimes bordering on scary) parent (the father left soon after the mother, Horatio, and his younger brother moved to a very isolated farm). They had no money nor TV but tons of books…and nature…”[T]hough I have learned of the dangers that attend and await romantic people, that bipolar breed, the certain failure, the heartbreak–theirs and others’–and the loneliness, I cannot quite wish that they, or I, had been otherwise. If life is hills and valleys, then let the hills be high”…

Here’s his description of the place they found after the boys had grown up, the mother’s heart had been shattered by a later-in-life lost love, and the farm became too much: “In the end we found a large old house, half derelict, half comfortable, which had not been much messed around. It had the thick walls and the old-ship feeling of the farm. It had an old apple orchard, and there were kind neighbors nearby. Jack’s cottage was just across the garden.”

I don’t know Jack, of course, but no matter: that is my dream house.