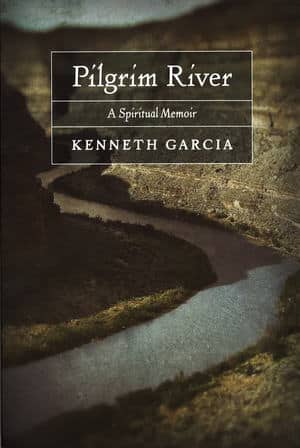 Here’s the first paragraph of a wonderful review of  Kenneth Garcia’s new memoir, Pilgrim River. Garcia is Associate Director of the Institute for Scholarship in the Liberal Arts at the University of Notre Dame.

“The wise know there are many paths to God. Ken Garcia’s wildly circuitous route stands as lusty evidence that the Deity is abidingly patient and forgiving. Pilgrim River is not just a spiritual memoir, as the title claims, but an autobiographical narrative that says as much about God’s devotion to the earth’s lost sheep as about the author’s hunt for the divine in a profane yet mysteriously sacred world. In fact, the God of Garcia’s telling is more dance partner than passive destination.”

Here’s the link to the rest of the review.

And here’s one of my favorite passages from the book:

“The Catholic Church–with its seemingly intractable flaws and its resistance to reform and change, yet, simultaneously, with its rich spiritual and theological tradition and its openness to grace, which it strives to mediate to a world in need of it–became a home, a sort of base camp from which I have launched explorations and that I have returned to for rest and sustenance. A home full of flawed people with whom you nevertheless have an unbreakable bond because you are joined in a sacramental family, even when you dislike one another. The Church, like most of us, is a wayward pilgrim in search of holiness and salvation.”

A beautifully written story of an ongoing search and ongoing struggle. Highly recommended.