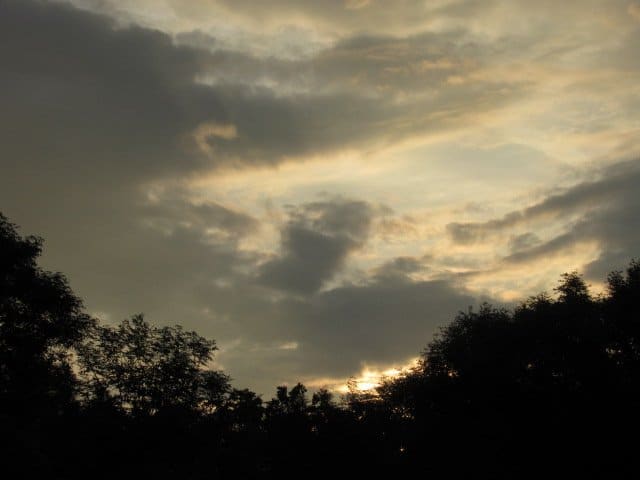 Is it me or does time go by SO FAST!?

My body is back in September or so, thinking oh the pomegranates will be out soon and then the shorter days of October and–is it possible?–then the holidays!

In fact, the pomegranates are long gone, the persimmons are on their last gasp, the narcissi are blooming, Christmas is less than a week away, and the Rose Bowl parade (to which I give the widest possible berth) is around the corner.

All bets are off in December, no matter how much I tell myself I’m going to keep it “quiet” this year. Besides the food for Christmas dinner, I do zero shopping. So the stress, if that’s the word, isn’t from hanging out in stores. It’s from being called, day after day, from my introvert’s grotto. At some point, I simply give myself over to it and accept that I’m going to be in a fugue state pretty much till 2019.

On top of it, three weeks ago of course the landlord decided to start rehabbing the apartment directly above mine. This, he estimated would take a week–maybe two at the most. Substitute “year” for “week” and you’d be more in the ballpark. I don’t really mind, except that I can’t take a nap during the day which plays havoc with my nervous system. Even if I weren’t going to take a nap, I like to know I COULD take a nap if I wanted to. Since I know I can’t, I don’t sleep.

I have matured this past year, though, so instead of complain of such trivialities, I like to fasten upon a completely arbitrary “project” and become utterly obsessed with it, to the exclusion of all else in my life and the world. Last week, for example, I realized the sidebars of my blog for some unknown reason weren’t appearing on the individual Pages.

What followed were two feverish eight-hour-plus days during which I managed completely randomly to get the sidebars to display but in the process removed pretty much the whole template. So I had to go back and piece everything together (many more hours) and then it turned out the top line of my Pages Text Tabs were TRANSPARENT or shadowed or some very unseemly feature that of course not one person on earth besides me would notice or care about. So that was another project (which I never satisfactorily resolved and had to change them to white, which I don’t even like).

Which brings me to today’s winter solstice. Yes! The days are going to start getting longer. I love that in the midst of darkness is the hope of light, and that the clear long days of June in turn carry the seed of darkness.

I treasure the weeks during which we prepare our hearts liturgically and with prayer for the birth of a baby: again, a pinpoint of light in these seemingly extra-dark times.

Last week I accompanied one of my brothers to a medical diagnostic appointment that took place at 4 p.m.. We’d planned to grab a bite to eat, but afterwards neither of us much felt like going into a restaurant. So we went to his local MacDonald’s and he got a drive-through of what I learned is his usual order: a large coffee with six creamers on the side. Then we wheeled into what turned out to be his favorite spot in the parking lot, a middle space right near the trash receptacle and also it turned out, hard by an overhead sodium light.

I loved glimpsing this slice of his daily life. The sun was setting, all midnight blue, gold and rose, and the sodium light shone down on us in a weird halo effect and there my brother and I sat, in the Second Week of Advent, howling as he recounted the awkwardness of what had just occurred in the examining room, swapping stories of childhood, and marveling that we had both found our way from the coast of New Hampshire to Southern California.

Stunned, as we all are the older we get, by the passage of time. As the psalmist observes:

Our life is over like a sigh.
Our span is seventy years
or eighty for those who are strong.

And most of these are emptiness and pain.
They pass swiftly and we are gone.

But in the meantime, we get to have moments–unbidden, outwardly unremarkable–when the heavens open for a moment, the veil is lifted, and in the midst of a world that seems ever more bent on destroying itself, we know we that we are loved. And perhaps what’s more important, that we are  capable of love.

Who knew the high point of my Advent would occur hemmed in by ugly suburbia, in the middle of a MacDonald’s parking lot, in a car with my little (6’2″) brother?

Maybe that’s the contemporary version of a manger.

6 Replies to “THE WINTER SOLSTICE”