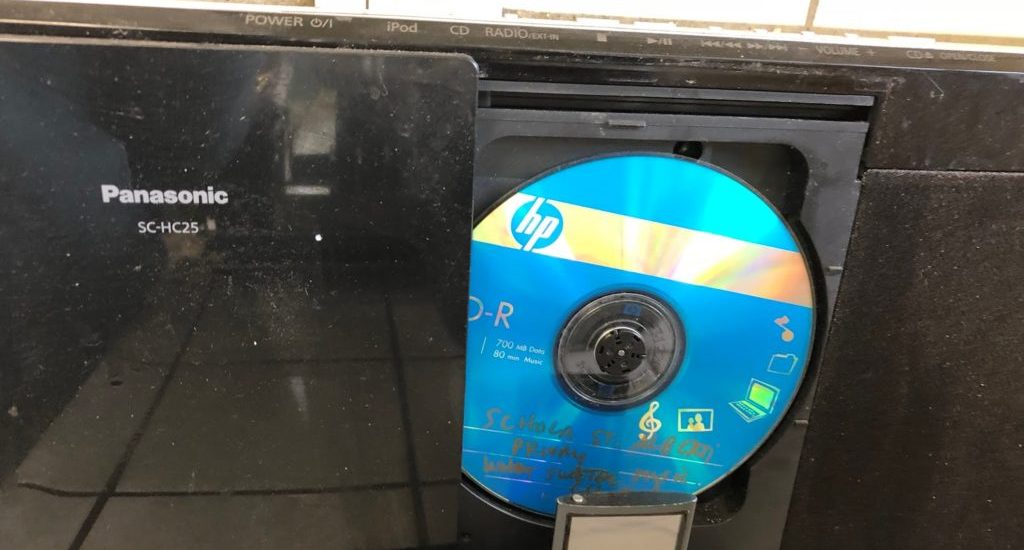 I actually had several people ask me last week if I “observed” Black Friday.

Are you kidding me?

I don’t even like to shop during the rest of the year. And why on God’s green earth would I need any new “electronics?”

Above, for example, is my “sound system,” purchased from (the now defunct) Circuit City for probably 40 bucks probably 10 years ago. It plugs into the wall. On it, I can perch my ipod nano circa generation 2 or so on which, again several years ago, I painstakingly loaded all my downloaded CDs. Then I figured out how to do the “artwork” and paired a cool photo I’d taken somewhere on my travels with each album.

Unfortunately I think I got dishwater on the thing awhile ago cause now the ipod has no display and when I turn on my…machine (I’m seriously not sure what it’s called and feel free to bid on what at this point should by all rights be a valuable antique), the ipod makes a weird beeping noise, like a sickly alarm clock, but still, amazingly, plays. I can forward to the next song but I have no control over what song or in what order. So surprise me! It’s like having a radio back in the old days, when we took what was aired as it came. Doo de doo. Music!

I can also hit the button “Open” and a little door slides back and can put in one of the many CDs I still own and cherish, many of them home-burned, from the olden days. I mean enough’s enough. I did move on, with much reluctance, from my Walkman but how much music does one person need? Plus I tend to listen to the same album (esp if classical) over and over, which I’m sure is some form of OCD of perhaps just laziness.

Anyway, I am perfectly happy as is and actually listen to most of my music in the car or at the gym (does everyone know about freegal?). So I spent the day after Thanksgiving as I prefer to call it feeling grateful, writing, taking a long walk, going to Mass, seeing the new Aretha F documentary “Amazing Grace,” and in happy anticipation of Advent.

Then the next day someone mentioned something called “Giving Tuesday.” Seriously, I don’t even want to know. The very sound of one more branded, hashtagged, facebooked, crowd-funded, mob mentality day made me want to lie down and take a long nap.

St. Teresa of Calcutta once observed: “I don’t want you to give to us from your abundance. I don’t need money from your abundance. I ask that you share in our work. I ask that you lend your hands in understanding. Come and help care for our needy. Come and see…I want you to give with the attitude of that little boy who said, ‘I will not eat sugar for three days. I will give it to Mother Teresa.’ ”

Like most of us I’m sure, I gladly and humbly donate to natural disaster victims, the war-torn, the hungry, the needy, both far and near. But no sugar–for THREE DAYS!? Let’s not go overboard…

Here’s a documentary about Russian pianist Maria Yudina, who would give all her money to the poor and live with her cats in a freezing garret, practicing in the cold…

One Reply to “THOUGHTS ON SHOPPING”