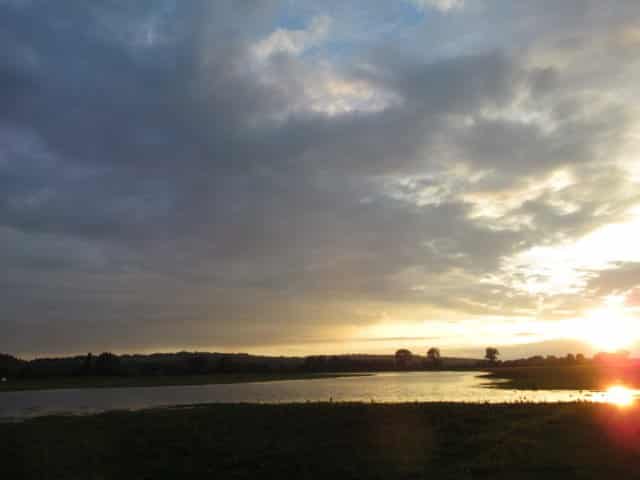 Mine recently presented me with a trip to Oxford, England.

Oxford, as you may know, is home to 38 colleges. Each has its own dining hall, chapel and garden. Oxford also has scads of museums, all with free admission, among them the world-renowned Ashmolean (art and architecture; the oldest public museum in the world), the Oxford University Museum of Natural History (reconstructed dodo; originally funded with proceeds from the sale of Bibles), and the Pitt Rivers (“a cornucopia of ethnographic treasures from shrines to shrunken heads “).

My hosts were Bob, a Rhodes Scholar physicist who attended St. John’s and. Theresia, a Doctor of English Literature and a Professor at LMU, who reads at The Bodleian.

My week there seemed a series of mental snapshots: Cobblestone streets, churches of tawny Cotswold limestone dating back as far as the 12th century, vast courtyards lush with emerald-green grass.

But the best thing to me about Oxford was that you can walk everywhere. Bob and Theresia’s flat is on the edge of Port Meadow, an ancient stretch of uncultivated common land that supposedly has not been plowed in 4000 years.

As a child, Bob and Theresia’s son found prehistoric fossils there. You can bring all such unearthed treasures to a man at the University Museum who will say crisply, “Come back tomorrow then,” and when you do, will hand you a piece of paper on which is neatly hand-written, in ink, the nature and provenance of your find.

The British countryside is a place for children, full of hiding places from which to observe the other small creatures of the streams and low-lying woods and grasslands.

It’s also a place where the past and the present, the real and the imaginary, easily mingle. As a child C.S. Lewis, arguably the most well-known figure ever to emerge from Oxford, had created a world inhabited by animals that he and his brother Warnie called Boxen. The holy well at St. Margaret’s church that supposedly inspired Lewis Carroll to place Alice in a treacle well during her adventures in Wonderland was a fifteen-minute walk from the flat. When a dark brown bunny darted out from the brambles, I looked uneasily around lest Beatrix Potter’s Mr. McGregor come bounding out with his sack
.
The light lingers till almost 10 in those northern parts. Dusk became my favorite time to walk the meadow: to ponder time and eternity, death and the ongoing resurrection, the Kingdom that is not of this world.

“After comers cannot guess the beauty been,” wrote priest-poet Gerard Manley Hopkins of the poplars that were felled nearby in 1879.

Hopkins (1884-1889) has accompanied me through some of my darkest hours, and walking the paths he once walked I felt his presence keenly. On the Feast of Corpus Christi, I attended Mass at St. Aloysius Gonzaga, where he was curate between December 1878 and June 1879 (several years later, he was assigned to Dublin and sank for a time into depression).

One other figure was never far from my mind during my time at Oxford: Kenneth Grahame, author of the beloved 1908 children’s classic The Wind in the Willows.

My siblings and I still remember the copy, lily-pad green with a gold jacket, that we fought over as kids. Even now the opening scene, where on the first fine spring morning the Water Rat and Mole set out in their little boat for an adventure, is one of the dearest to me in all of literature.

In fact my own call to write may well have been inspired by that very passage.

Grahame and his wife Elspeth had one child, a son Alastair who was nicknamed Mouse. Blind in one eye and emotionally fragile, he had a difficult youth. At Oxford, Mouse flunked his exams and had trouble making friends. At the age of 19, he had dinner at his college one night, then walked to the railroad tracks that cross Port Meadow and lay down. His decapitated body was found the next morning.

The two are buried together in Oxford’s Holywell Cemetery. I found my way there near the end of my stay: all overgrown grasses and wildflowers and birdsong. Standing before their moss-encrusted grave, giving thanks for the book that has given so many generations of children so much joy.

Then I chanced to look down, and suddenly a line from Hopkins rose to mind: “There lives the dearest freshness deep down things.”

Grahame died in 1932. All these years later a spray of roses, the gift of a fellow pilgrim, lay across his grave.

Mouse may have died before his time but Mole, Badger, and Mr. Toad live.

And drunk with spring, as I walked home along the river, my heart yet strained “Ratty! Please, I want to row, now!” 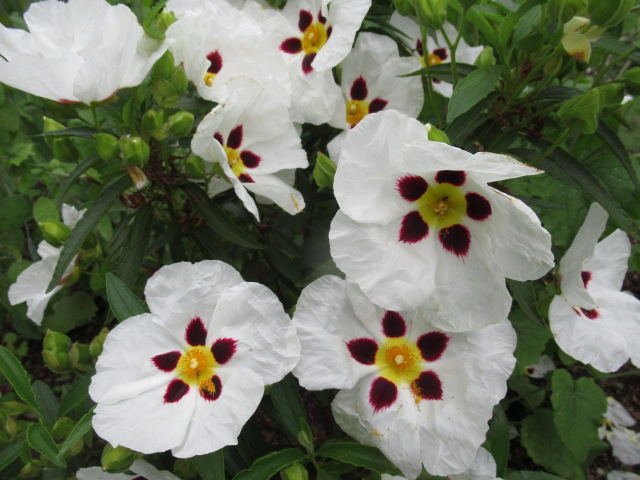 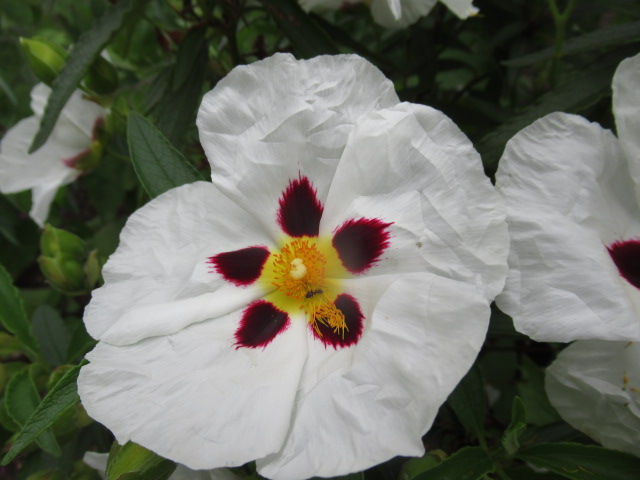 2 Replies to “MORE ON OXFORD AND AN AWARD”