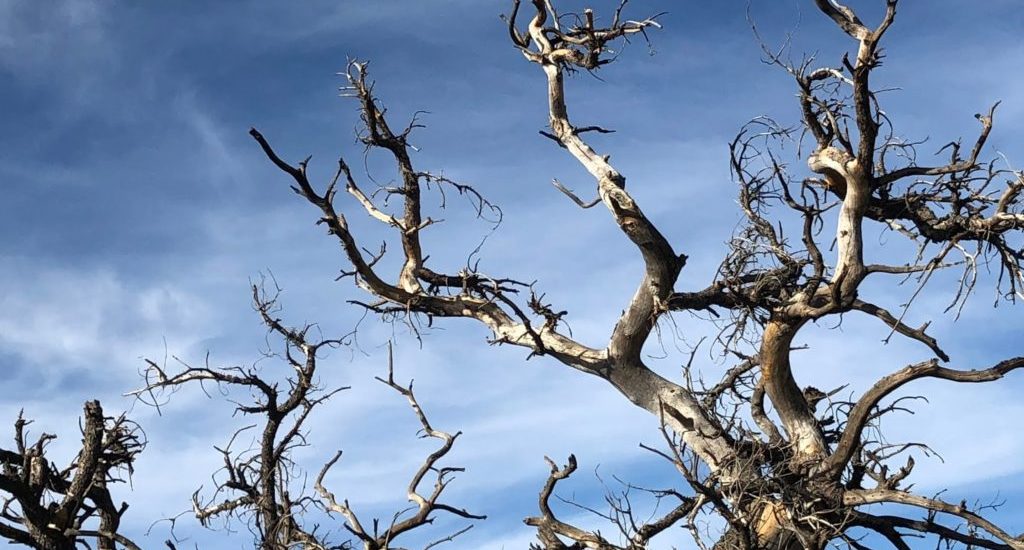 The documentary Leaning Into the Wind is about the work of Andy Goldsworthy, “a British sculptor, photographer and environmentalist producing site-specific sculpture and land art situated in natural and urban settings. He lives and works in Scotland.”

Andy does things like lie on the sidewalk when it rains so that, when he gets up, he leaves a body-shaped dry spot. Or covers his hands with painstakingly-applied bright red autumn leaves, then dips them in the river and lets the leaves wash away. Or sculpts a skinny meandering white line across a stone wall with wool from the sheep who graze the adjacent fields.

You may or may not respond to this. I kind of do. (Though I think I liked his last film, Rivers and Tides, even better). But however you feel about his art, you have to admit that this good man is alive and vital and questing, questing, questing.

Last night I watched another wondrous documentary, this one by PBS, called Between the Folds: The Art and Science of Origami. (Aside: Do you all know about Kanopy, free streaming you can get through many local libraries?)

The origami people as well are going beyond cranes and wee trolls and representational figures or all kinds and branching out into geometrical pleats and collapsible towers and free-form but based on extremely-complicated science/math, say, parabolas that invert upon themselves, sway, twirl and perhaps tell us something not only about the way nature works but (I added this last part myself) about how we, human beings, work.

One origami artist/scientist, who has won a MacArthur genius grant, for example, spoke of the “memory” of the paper. When you fold a piece of paper even once, it retains the memory of it and therefore doesn’t want to go back to its former mode of being. (Side note: I’m taking a pottery class and the instructor there mentioned that clay, too, has a “memory”! So if you break it or squoosh it or wound it (again, my word) in a certain way, even if you go back and supposedly fix it, the wound might appear after glazing in the finished piece).

That alone, that inanimate objects have memory, would make for a whole fascinating line of reflection and inquiry.

But what struck me this morning is that almost the second I awoke, I thought of Andy Goldsworthy, taking “environmental” art to a whole new level, and the origami obsessives, ditto.

And I thought: What if we could do that with love? What if all day long all we did hardly was reflect on ways that we could bring love into the world, show love, breathe love, be love?

And then took action!

What if our deepest creative medium, everyone’s,  was love?