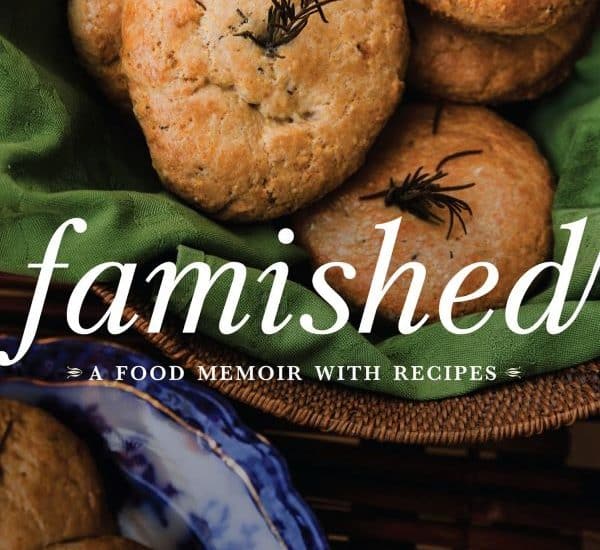 Yesterday I visited Rancho Mirage‘s Sunnylands: the Gardens [pix to follow], Visitor Center and Estate of the late billionaire power philanthropist couple Walter and Leonore (Lee to her friends) Annenberg.

The Annenbergs were globally known super-hosts and I had many thoughts as we were led through the Hollywood Regency-decorated, golf-course surrounded, cotton-candy pink and mint green home.

One was that I wished I could have hosted the Annenbergs in my own back yard, which I like to think of as a cross between Pasadena carriage house and hillbilly trailer park, at the party I threw for my book Famished last week.

Actually the party was very much courtesy of Marymount Institute Press/Tsehai Publishers, who put out the book, paid for much of the food, and in my excitement I completely forgot to thank when I did my little reading.

But faux pax aside, I must say it was a bash to remember.

Not because of anything I did, but because of the  God-grandeur that permeated the light, the garden, and the luminous generosity of spirit of the guests. Who brought tablecloths, flowers, espresso chocolate chip and regular brownies arranged in checkerboard pattern, cheese, fried squash blossoms, shrimp, brioche bread pudding with whiskey sauce. Ice. Saran Wrap. Fruit salad, green salad. Polenta almond torte with raspberry sauce. Succulent cuttings, extra serving spoons and cut glass plates and coffee makers.

Who, though not everyone knew each other, graciously mingled, made each other comfortable, came early to help set up, and stayed late to help break down. Who by their very presence supported me and my work in a way so beautiful that all I could think was: “Lord, I am not worthy that you should enter under my roof, but only say the word and my soul shall be healed.”

When you came as a guest to Sunnylands, you’d get three laminated cards. One was a history of the place. One was a schedule (golf at 2, cocktails at 7:30 etc). And the third was a list of biographies of your fellow guests. His Royal Highness Lord Fauntleroy of Lichtenstein, heir to the fill-in-the-blank fortune. Duke blah blah blah, third in line to the throne of wherever. Dr. So-and-So of the UN Task Force on World Health, PhD Princeton, Rhodes Scholar. Like that.

You’d be hard put to find a set of more accomplished, in any meaningful sense of the word, people than my friends.

But I thought of how if I handed out a card like that at one of my parties it would read “Gary S.: Father committed suicide by hanging. Gary found him. He was 13. Has taught special ed for years. Suffers from depression. Wicked sense of humor.”

Or “Suzette P.: Was in a car in college, drunk, in which the driver, also drunk, killed a young mother in a head-on collision. Plays the cello. Is herself now the loving if harried mother of two young boys.”

Or Christina G: “Broke into her boyfriend’s home to steal pills while on a spree. Has since gotten clean and sober and made amends. Volunteers at an assisted living facility where she teaches dance to elders. She and her boyfriend will be married next spring.”

Important stuff, in other words. Interesting stuff. Bios that bring us to life and make us human and useful to the next suffering human being.

How do you get a much-coveted invitation to Sunnylands? it was asked on our tour. “Discover the cure for cancer,” was the reply.

You get invited to my place by having cancer.

But we would have gathered round and warmly welcomed the Annenbergs, too.