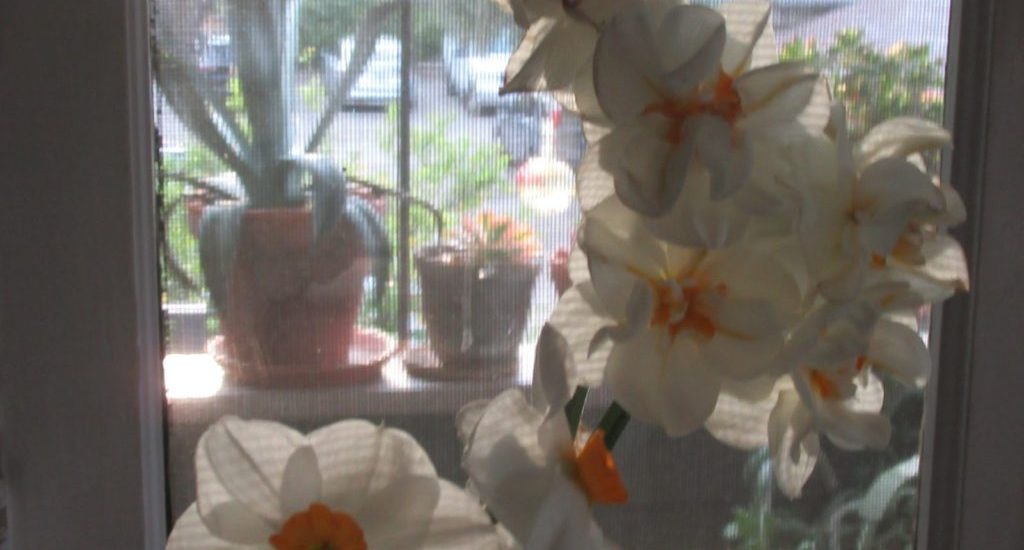 Who among us does not find the inn of Emmaus to be a familiar abode? Who has not walked this road one evening when all seemed lost? Christ died in us. They had taken him from us: the world, philosophers and scholars, our passion. There was no more Jesus for us on the earth. We were following a way, and someone was walking by our side. We were alone and we were not alone. It is evening. Here’s an open door, the darkness of a room where the fireplace sheds light upon the clay floor and makes the shadows move. O broken bread! O breaking of the bread accomplished in spite of so much misery. ‘Stay with us…the day declineth…’

The day declineth, life is coming to a close. Childhood seems further away than the beginning of the world; and our lost youth means no more to us than the last sound in the dead trees in some strange wood.

‘And they drew night to the village whither they were going, and himself made as though he would go further; and they pressed him, saying, ‘Stay with us, for evening approacheth and already the day declineth.’ So he went in to stay with them. And it came to pass when he had reclined at table with them, that he took the bread and blessed and broke and handed it to them. And their eyes were opened and they recognized him and he vanished from them. And they said to one another, ‘Was not our heart burning within us whilst he spoke to us on the way, whilst he laid open to us the scriptures?’

Another time Kephas, Thomas, Nathanael, James and John were fishing. They had come back to their Sea of Tiberias, to their boat, to their nets. (“They have settled down,” their families must have thought.) They caught nothing. A stranger told them to cast down their nets on the right side. They caught so many fish that John suddenly understood. “It is the Lord! Peter, it is the Lord!” And Peter immediately cast himself in the sea the sooner to reach his Beloved. He was there, upon the shore. It was indeed He. Some embers were smoking. The sun dried Peter’s garments. They cooked their fish; they ate of the bread that Jesus gave them, and they did not even ask: Who art thou? One was never entirely certain that it was He. But yes, my God, it was Thou, it was indeed Thou who asked the question (how familiar it is to us! alas how rare the answer!):

“Simon, son of John, lovest thou me more than do these?”

Three times this dialogue passed back and forth on the shore of the lake. Then Jesus moved off a little way and Peter followed him; and John a little after him, as if he had lost his privileged place of the “most loved,” as though the risen Lord no longer gave way to the preference of his heart. Nevertheless, he uttered to the son of Zebedee those mysterious words which were to make the other disciples believe that John would not know death. And when, several weeks later, Jesus tore himself from the midst of the disciples, ascended, and was dissolved in light, it was no final departure. Already he was lying in ambush at the turn of the road which went from Jerusalem to Damascus, watching for Saul, his beloved persecutor. Thenceforth in the destiny of every man there was to be this God who lies in wait.

Comment (1)
FRANÇOIS MAURIAC THE CRUCIFIXION THE ROAD TO EMMAUS

One Reply to “THE OCTAVE OF EASTER: THIS GOD WHO LIES IN WAIT”