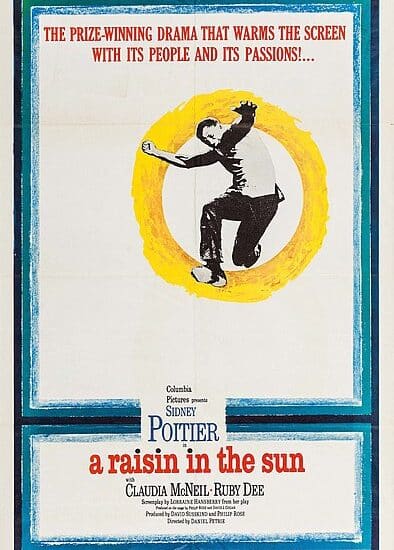 Reading with Patrick is a wonderful memoir.

Author Michelle Kuo, Harvard-educated and the daughter of Taiwanese immigrants, volunteered after graduation to teach high school in a small town in the Arkansas Delta.

Initially, she thought to energize her black students, to educate them to the way their race has been so cruelly bowed down, to rouse them to action. She showed them photos of lynchings, which were passed around in horrified silence until one boy put his head down on his desk and mumbled, “Nobody want to see that.” She introduced them to Malcolm X–they were bored. Obama likewise elicited yawns.

Deciding to try one last time, she introduced Lorraine Hansberry’s 1959 play “A Raisin in the Sun.”

“It was a hit,” she wrote. “The angry banter between Walter and Ruth, husband and wife, got laughs. Their complaints about living in a crowded house got nods. Ruth’s despair over discovering she’s pregnant made the room go silent. And the students universally loved the grandmother. All seemed to know her. Born in Mississippi and religious, she scolded her son for wanting to start a liquor store, slapped her daughter for saying there is no God, and yelled at her daughter-in-law for wanting an abortion. As I assigned parts, the students clamored to be cast in her role. ‘She don’t play,’ they said admiringly.”

Through April 8, Pasadena’s The Noise Within (“Classic Theater, Modern Magic’) is staging a stellar production of this American classic.

The title is derived from the Langston Hughes poem “Harlem (A Dream Deferred”.

The time is post-WWII and before the civil rights era. Lena Younger, “Mama,” is the matriarch of the family, which comprises Walter Lee and his wife Ruth, their ten-year-old son Travis, and Mama’s second child, 20-year-old Beneatha, a bohemian spirit with her sights set on medical school. Mama and Ruth work as housekeepers for wealthy white families. Walter Lee, 35, chauffeurs. The only light in their cramped, threadbare South Side Chicago apartment comes from a window above the kitchen sink.

Mama’s husband, who worked like “somebody’s old horse” all his life, has just died. The family is to come into a life insurance check in the astounding sum of $10,000. What to do with it? Walter Lee wants the money to invest in a liquor store. Beneatha wants tuition for college. Mama, who wants nothing more than to give her family a stable future, sets out alone the day after receiving the check and puts $3500 down on a modest home in a white Chicago neighborhood.

The rest of the family members are elated. Walter Lee, his dream crushed, is despondent. Mama takes him aside, puts her trust in him as the man of the house, and gives him the remaining $6500, $3000 of which is to be set aside for Beneatha’s education.

Scammed by his partner, Walter Lee loses the whole $6500.

What unfolds next I’ll leave you to discover.

I will say I had never seen the play and that the cast was riveting: Ben Cain as Walter Lee, Sarah Hollis as Beneatha, Toya Turner as Ruth, and Saundra McClain as LenaYounger/Mama.

I will say I was in tears through what seemed like half the show.

Hansberry (1930-1965) died at the tragically young age of 35 from pancreatic cancer. On January 19, 1959, she wrote her mother: “Mama, it is a play that tells the truth about people, Negroes and life and I think it will help a lot of people to understand how we are just as complicated as they are . . . people who are the very essence of human dignity. . . I hope it will make you very proud.”

It should have. Hansberry left a work treating of race, gender, family, and class that is as timely today as it was sixty years ago.

But in the end, “A Raisin in the Sun” is a play about faith. Its solid-as-a-rock heart, Mama, knows exactly who she is and what she stands for. Mama is the one brave enough to take a financial and existential risk. Mama, with no education, is smart enough to know that her fiercest enemy is not racial bigotry, but the moral “darkness” that comes from within and puts worldly success before love.

When the white representative from the new neighborhood home association offers to buy the Youngers out, Mama tells the family: “I come from five generations of people who was slaves and sharecroppers—but ain’t nobody in my family never let nobody pay ‘em no money that was a way of telling us we wasn’t fit to walk the earth. We ain’t never been that poor.”

And when her son is at his lowest, and Beneatha seeks to emasculate him yet further, in one of the play’s finest moments, Mama pulls her up short.

“Well, who give you the privilege?…Have you cried for that boy today? I don’t mean for yourself and for the family ‘cause we lost the money. I mean for him: what he been through and what it done to him. Child, when do you think is the time to love somebody the most?”

Lena Younger in that scene could be Mary in the Pietà, bending tenderly over the dying Christ. Lording over is never the way. What really converts hearts, as Lorraine Hansberry and those disenfranchised students from the Delta knew, is story.

No comments yet
LORRAINE HANSBERRY