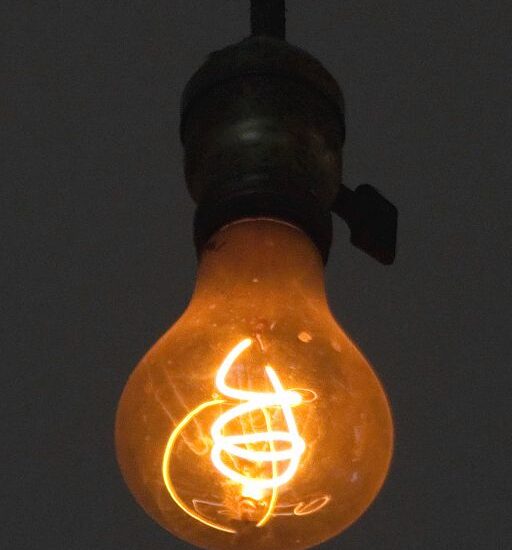 High up near the ceiling at Fire Station #6 in Livermore, California, burns an electric bulb that has continuously thrown light for over a hundred years.

Known as the Centennial Light Bulb, this small object, approximately 2 ½ inches in diameter and 4 inches long, has been the subject of the late, great Huell Howser’s TV show “California Gold,” a story by NPR’s Terry Gross, and countless articles, essays and word-of-mouth stories.

A short vimeo documentary called “Mysteries at the Museum Centennial Bulb” is one place to start.

In December, 1971, Jack Baird, who at the time had been the paid Livermore Fire Chief for 13 years, noticed that the light had always been on. (Unexplained is whether the light has a switch and if so, why no-one in all that time ever thought to flip it off). For years the firemen considered the bulb a kind of talisman and developed the tradition of gently tapping it on their way out of the station when responding to a call.

Since a typical light bulb lasts only about 1000 hours, Baird set out to discover how long the light bulb had been on. Where did it come from? he wondered. Who was the manufacturer? He contacted local reporter Mike Dunstan, at that time a young man, and asked him to help investigate.

Dunstan stayed on the story, conducted much of the subsequent research, and helped to make the bulb famous.

After decades of petered-out leads, in 2007, physicists from the U.S. Naval Academy decided to unlock the secrets of the bulb. Sandia National Lab in Livermore participated as well. They discovered that its carbon filament was 10 times thicker than the tungsten used in today’s bulbs.

They learned that the bulb had been manufactured by a company called Shelby Electric. The found it had been burning nonstop since 1901—a feat that earned a mention in the Guinness Book of World Records.

Shelby had a reputation for making bulbs that burned brighter and lasted longer than their competitors. The problem, from a marketing standpoint, was that their product was so good it was poised to put them out of business. If no-one ever needed to replace a light bulb, every household would buy two or three and be set for several generations.

By 1924, Shelby Electric had become a part of General Electric. On January 23 of that year, a consortium of light bulb manufacturers who called themselves the Phoebus Cartel met in Geneva, Switzerland. Ostensibly their purpose was to set common standards for the manufacture of light bulbs throughout the world.

In reality the manufacturers were conspiring to limit the life of a light bulb to 1000 hours. The cartel thereby engaged in in the first known instance of “planned obsolescence”: the intentional creation of products that, in the name of profit, don’t last as long as they could.

Part of the charm is that this vital piece of history remains very much a mom-and-pop operation. “You can visit the bulb depending on the availability of the Firemen on hand,” reports the website. “Go to the rear of the station and ring the bell. If they are in someone will answer the door. Otherwise you can see the bulb if you look through the window up on the top of the wall to your left.”

In Livermore last spring to attend my nephew’s high school graduation, on a Friday morning I drove to Fire Station # 6.

The back parking lot was neat as a pin: a row of upturned yellow buckets, a rack of neatly-hung mops, a bank of metal lockers, a single green plastic Adirondack chair, for sitting and welcoming guests or watching passersby.

I rang the bell and waited. No-one answered. So I peered through the garage window. The bay was dim but I could see a gleaming red fire truck, coiled hoses, a lone pair of tall black firemen’s boots.

Then I trained my gaze to the top of the wall to the left and there it was. A thing of beauty with its graceful lines and bronzed glow, the Centennial Light Bulb burned a vivid aortic red and a rich sun-gold, much as I’ve always imagined the Sacred Heart of Christ.

At 20 feet, the bulb is mounted too high now for the old tradition to continue. Still, I thought of how the firemen, for so many years, had touched it on their way out, the way we dip our fingers into the font of holy water and cross ourselves on our way out of Mass.

Turning to leave myself, I thought: Maybe that old-school carbon filament is what’s kept the bulb going.

Or maybe the light is powered by a yet more mysterious source: the faithful firemen of Livermore Station #6—and all like them—who year in, year out, have risked their lives each time they answer a call.

No comments yet
FIREMEN PLANNED OBSOLESCENCE