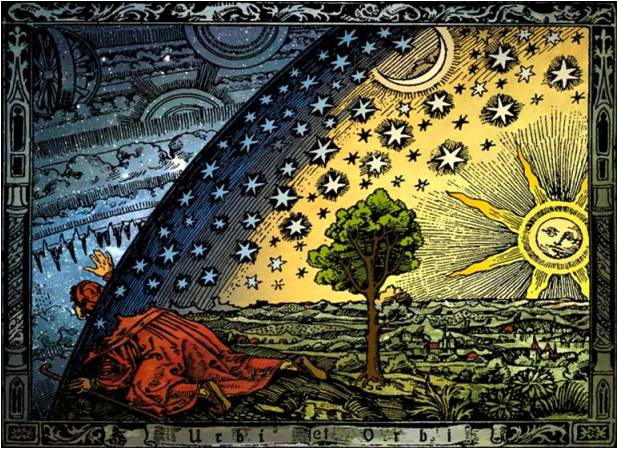 June was a traveling month. I wound up my itinerary with a conference at Notre Dame entitled “Trying to Say ‘God’: Re-Enchanting Catholic Literature.”

The conference was spearheaded by Sick Pilgrim, a Patheos blog around which a lively community has formed. “Sick Pilgrim is a collection of young (ish), restless and Catholic writers who are Orthodox and Weird.”

But far be it from me to quibble, for Sick Pilgrim co-founder, the wonderful writer Jessica Mesman Griffith—invited me to give the Friday evening keynote address.

That was a huge honor I felt keenly.

As anyone who’s been to Notre Dame knows, the campus is stupendous. Within two minutes, you’re thinking, Whoa, someone here has some major dough. There are two lakes, a world-famous grotto, a fall-to-your-knees basilica, and lots of shaded walking paths.

At night the conference featured speakers and beautifully thought-out music programs. By day, we participants were treated to a wide-ranging variety of panels. A sampling: “Catholicism and Contemporary Crime Fiction,” “The Challenge of Catholic Science Writing,” “In Praise of Indolence: Seasons of Discipline and Grace in the Writing Life.”

I myself made a beeline for “Pain, Affliction, and the Catholic Writer” Dr. Brian Volck spoke movingly of his work as a pediatrician on Navajo reservations in New Mexico and Arizona. Laura Bramon, a non-profit international developer, read a killer piece that began by noting the smells—jackfruit, sumac, sewage, beef sewage—that envelop her when she first arrives in say, Bangladesh, and steps into the shower.

Other points-of-view I related to less. “Catholic publishing is dead!” one voice proclaimed. Others railed: “We’re not allowed to say that! They won’t let us write about this!”

Who won’t? I wondered. For my part, I’ve always written exactly what I want to.

Of course what we want to write is formed over a long period of time: in silence and solitude, by obedience, suffering and love. To me the problem has never been feeling silenced. Rather, it’s been finding a way to write that is both truthful and that invites rather than polarizes.

We don’t demand that the Cross fits itself to us. We fit ourselves to the Cross. As Flannery O’Connor noted: “We are all rather blessed in our limitations, if we let ourselves be.”

I gave my talk Friday night. I spoke of writing as vocation: a call from another realm that cost me my job as a lawyer (thank you, God), my marriage (ouch), and in the 17 years since the divorce, a social life, daily companionship and any abiding sense of security or rest.

I said I had never regretted one minute.

I spoke of this column as a joy and a responsibility. I said I had never been a mother but I could perhaps relate a little better to mothers: the way they never fully sleep; never stop thinking about the kid. I spoke of “Angelus” editor-in-chief, JD Long-Garcia, who has given me a chance, and given us all a magazine that does the Archdiocese of Los Angeles proud.

Over the course of three days, I had rich, deep conversations with gifted writers and incredible human beings.

I kept getting little messages from beyond. One afternoon I spotted a sole red-winged blackbird on the southern edge of St. Mary’s Lake. Another morning an arterial-red cardinal perched on a fencepost—just for me.

I kept thinking of Malcolm Guite, an English poet and Anglican priest who had Skyped in and read sonnet IX from his Stations of the Cross series.*

This is the third fall and it hurts the worst
This long descent through darkness to depression
From which there seems no rising and no will
To rise, or breathe or bear your own heart beat.
Twice you survived; this third will surely kill,
And you could almost wish for that defeat
Except that in the cold hell where you freeze
You find your God beside you on his knees.

One other moment is enshrined in memory. The panel “Not Always Sweet: Beyond Liturgical Cupcakes in Catholic Women’s Writing” was in session

There was lots of talk of intersectional feminism, lots of refusing to be invisible, lots of anger. I understood and sympathized with the impetus behind all of it.

She teared up a bit. She said she was mad at God but was trying to get over it. Then she said: “I don’t call myself pro-life and I don’t call myself a feminist. I’m a Catholic. Let’s cut with the culture wars. The truth is a Person.”

* From “Sounding the Seasons: Poetry for the Christian Year” (Canterbury Press: 2012).