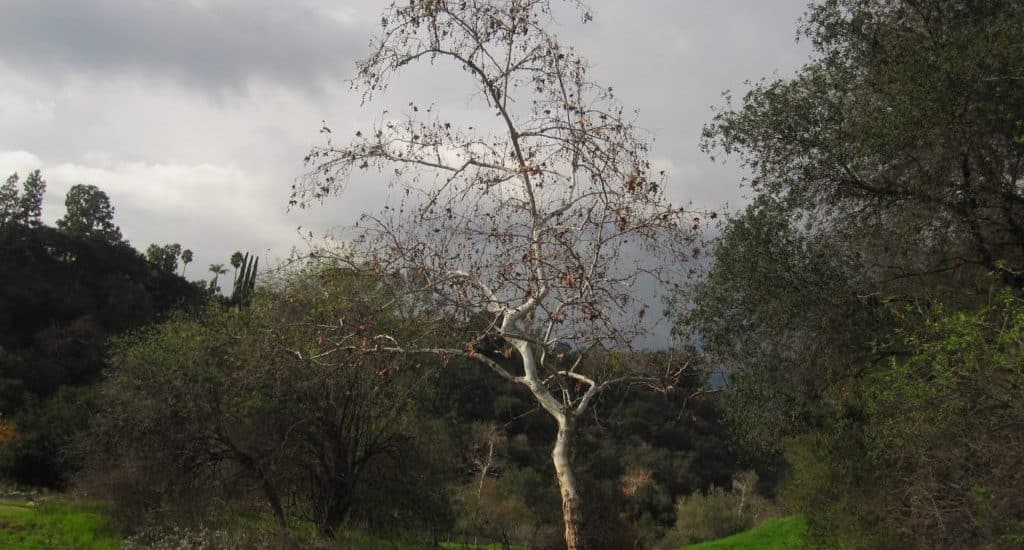 From a New York Review of Books article by Thomas Pakenham dated December 8, 2016:

Poets, [Fiona] Stafford* continues, are quicker than suburban gardeners to appreciate the virtues of the sycamore. She cites John Clare’s lyrical account of the “splendid sycamore” with its mountain of sunny green foliage. Its sticky leaves, he wrote, were a great gift to the world. We should listen to the “merry bees, that feed with eager wing,/On the broad leaves, glaz’d over with honey-dew.” Stafford also reminds us that Shelley’s bittersweet poem “Ode to the West Wind” was based on his experiences in the autumn of 1819, wandering in the sycamore woods around Florence. Shelley was in a wretched state; two of his young children had just died. That autumn it was the fall of the sycamore leaves that caught his imagination. The dead leaves were driven by the west wind—“Yellow, and black, and pale, and hectic red,/Pestilence-stricken multitudes.” But the trees, he hoped, would “quicken a new birth.” For the west wind was propelling the “winged seeds” as well as the dead leaves. The dead leaves promised new life. “If Winter comes, can spring be far behind?”

*Stafford is professor of English at Oxford University and the author of The Long Long Life of Trees.

3 Replies to “WHAT THE TREES SAY”