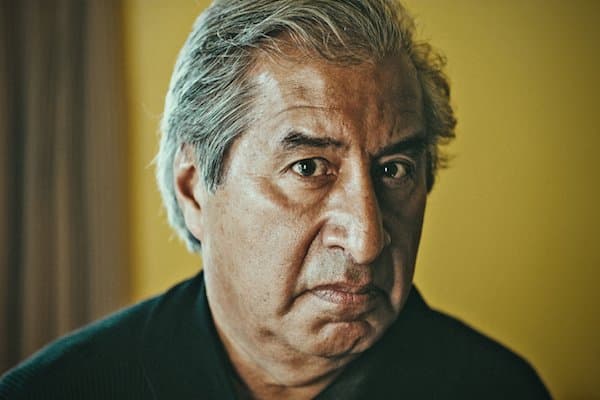 I recently stumbled across this Salon interview, from December 15, 2013, with San Francisco-based writer Richard Rodriguez. Rodriguez, as you may know, is a gay Catholic intellectual. His 1990 essay, “Late Victorians,” is the finest piece of writing I know on the AIDS tragedy.

The book referred to at the beginning of the excerpted portion of the interview refers to Darling: A Spiritual Biography, which “looks at the state of religion after 9/11.”

His remarks, in light of our recent election and current administration, were eerily prescient.

Let me read a line to you from late in the book, and if you could explain it a little bit. You say, “After September 11, critical division in America feels and sounds like religious division.” Where are you going with that?

Well, it seems to me that there are two aspects of that. One of them is that I think that increasingly the left has conceded organized religion to the political right. This has been a catastrophe on the left.

I’m old enough to remember the black Civil Rights movement, which was as I understood it a movement of the left and insofar as it was challenging the orthodoxy of conservatives in the American South. White conservatism. And here was a group of protestant ministers leading processions, which were really religious processions through the small towns and the suburbs of the South. We shall overcome. Well, we have forgotten just how disruptive religion can be to the status quo. How challenging it is to the status quo. I also talk about Cesar Chavez, who is, who was embraced by the political left in his time but he was obviously a challenge to organized labor, the teamsters and to large farmers in the central valley.

So somehow we had decided on the left that religion belongs to Fox Television, or it belongs to some kind of right-wing fanaticism in the Middle East and we have given it up, and it has made us a really empty — that is, it has made the left really empty. I’ll point to one easy instance. Fifty years ago, Dr. Martin Luther King, Jr., delivered his “I have a dream” speech at the Lincoln Memorial. And what America heard was really a sermon. It was as though slavery and Jim Crow could not be described as a simple political narrative; racism was a moral offense, not simply an illegality. And with his vision of a time “when all of God’s children” in America would be free, he described the nation within a religious parable of redemption.

Fifty years later, our technocratic, secular president gave a speech at the Lincoln memorial, honoring the memory of the speech Dr. King had given. And nothing President Obama said can we remember these few weeks later; his words were dwarfed by our memory of the soaring religious oratory of fifty years ago. And what’s happened to us — and I would include myself in the cultural left — what has happened to us is we have almost no language to talk about the dream life of America, to talk about the soul of America, to talk about the mystery of being alive at this point in our lives, this point in our national history. That’s what we’ve lost in giving it to Fox Television.

In the past you’ve been described as a conservative, and you’ve expressed frustration with some liberal positions, with the left press, and so on. In the age of Obama, Google, the Tea Party and so on, do you see yourself as a conservative, or having a relationship to the tradition of Edmund Burke?

I see myself increasingly as, if you’re agnostic, then I’m politically agnostic…I guess what I would like to say is that on some issues — and I go issue by issue — I’m very conservative, and on other issues I’m very liberal.

Where do you find yourself very conservative these days?

I would say even on an issue like affirmative action, for example, I haven’t changed. I think that the hijacking of the integrationists’ dream as it announced itself in the North, where racism was not legalized but it was de facto, the hijacking of that movement to integrate Northern institutions by the middle class and to make middle class ascendancy somehow an advance for the entire population — I think was grotesque. And so you ended up with a black and brown bourgeoisie and you did nothing with those at the bottom, and you also managed to ignore white poverty. What the left has forgotten or ignored is that it is possible to be white and poor in America. The solution to de facto segregation in the late 1960s, as the black Civil Rights movement turned north, was an affirmative action that ignored white poverty altogether. And to make matters worse, Hispanics were named with blacks as the other principal excluded society in America. Conveniently ignored by the liberal agenda was the fact that Hispanics are not a racial group and therefore cannot suffer “racism” as Hispanics. And to turn misunderstanding into a kind of cartoon revolution, it became possible for, say, a white Cuban to be accepted to Yale as a “minority,” but a white kid from Appalachia would never be a minority because, after all, whites were numerically represented in societies of power.

Even if that Cuban came from a very wealthy family that owned half the town and the Appalachian was very poor.

That’s right. Is that a question?

No, I was just trying to elaborate. That’s part of the paradox here. Overlooking class.

And totally ignores the reality or the fantastic contradictions of the word or concept of Hispanic/Latino. We are posing ourselves as a racial group when in fact we are an ethnic group. The left has no idea. The left says nothing about the obliviousness of our political process to poor whites. The fact that the Civil Rights movement managed to ignore white poverty was the beginning of the end of the Democratic party in the old South. The white poor began to turn to the Republican party, which is where it is now.

6 Replies to “WHAT THE LEFT HAS FORGOTTEN: AN INTERVIEW WITH RICHARD RODRIGUEZ”