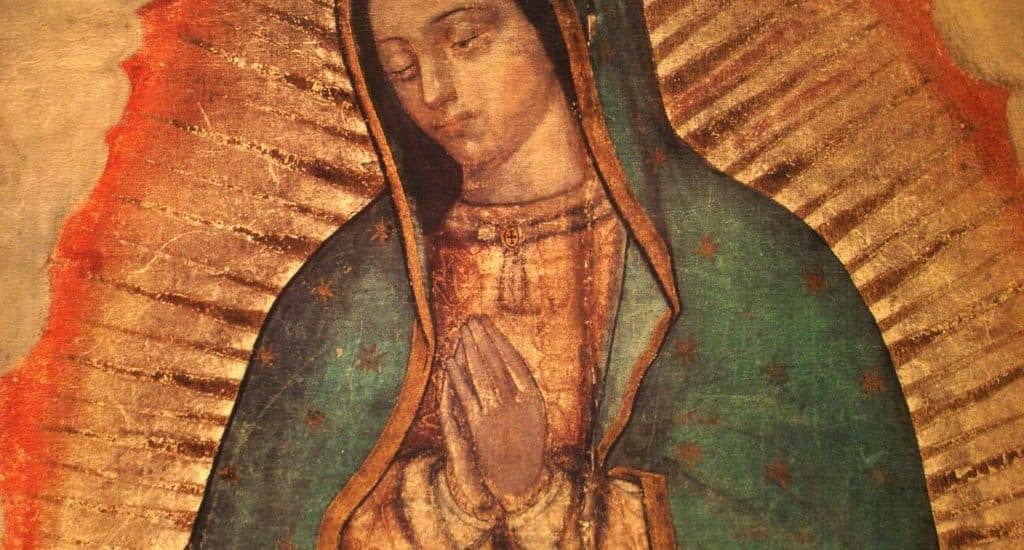 Years ago, I attended a retreat led by a priest named Fr. Bill.

Fr. Bill combined high intelligence, humor, and heart. He’d been educated, among other places, in Rome. He’d studied with the Pope. He’d come back to Southern California and landed at a parish where he’d thought to impart some of his deep theological insights. Instead, the people kept stringing up tinsel, lights, tissue paper cut-outs. Every time he turned around they were loading up the sanctuary with Sacred Heart prayer cards and plastic statues of Mary.

One day at the beach, pondering his dilemma, he set up his chair near a young father and his little girl. The father was trying to nap and the little girl would bring her pail down to the water, fill it with shells, and staggering under its weight, bring it back. “Daddy, Daddy! Look!” The father would open one eye, say “That’s nice, honey” and roll over on his other side. The little girl would totter back to the shoreline, fill her empty pail with shells, and drag it back: “Daddy! Daddy!”…

Suddenly Fr. Bill realized this little girl was like the Latinos at his church. They wanted to throw a party for the Father they loved! They wanted to shower Him with trinkets and gifts!

To be a Catholic in L.A. is to live at the very center of such exuberance. To worship among people who know to spend their last pennies on a bunch of paper flowers; who seem always able to make room for one more child; who think to commemorate with a wooden cross the place on the desert highway where someone has died has been a great and ongoing gift.

In December, 1531, the story goes, the mother of Christ—heavy with child—appeared four times to an Indian convert named Juan Diego near Tepeyac Hill, outside what is now Mexico City. The fourth time she ordered Juan to climb the hill, where he gathered a sheaf of out-of-season, non-native roses. When he presented them to her, the Virgin arranged the flowers in Juan’s mantle (tilma in Spanish). When Juan opened his cloak before Archbishop Zumárraga on December 12, the roses cascaded to the floor, and on the fabric was imprinted the image of the Virgin of Guadalupe.
The tilma, now a treasured relic, is housed at the Basilica of Our Lady of Guadalupe in Mexico City, the most visited shrine in the world.

Through January 29, the Bowers Museum in Santa Ana is featuring an exhibit called “Virgin of Guadalupe: Images in Colonial Mexico.”

A documentary describes the way various aspects of the tilma have stymied scientists: the fragile agave fibers that have miraculously survived intact for centuries, the colors that have remained as bright as they were the day the Virgin painted them, the precise chemical composition of the pigments. Allowing for the subsequent change from the Julian to the Gregorian calendar, it turns out that the Virgin actually appeared in 1531on the winter solstice. The stars in the Virgin’s cloak mirror the constellations. The long hair connoted virginity. The dark ribbon around the Mary’s waist meant fertility.

The exhibit is arranged around four themes: The first is focused on explaining Guadalupe’s image and its variations. The second, “Witnesses and Promoters of the Miracle,” centers around the main figures involved with the Guadalupan miracle and those who promoted her veneration. The third, “The Virgin’s Politics and the Sacred Image,” centers on the political and social discourses around Guadalupe’s sacred image, and the fourth, “Location and Celebration,” on the celebrations that have taken place at Tepeyac and in Mexico City.

There are paintings of each of the Five Apparitions (Mary also appeared once to Juan Diego’s uncle), and of Mary in some of the myriad forms in which she has come to be venerated: The Virgin of Guadalupe as Mystic Rose, the Virgin of the Apocalypse. There are alabaster statues, tin exvotos, embroidered samplers, and a processional banner.

“When visiting the Basilica of Guadalupe today,” we learn, “the image of the Virgin on the tilma is permanently exposed to the public. This was not always the case. Until the early nineteenth century, the tilma was covered by thick cloth, and it was only unveiled during ceremonies or important visits. The works in this section… underline that contemplation of the image on the tilma was considered aprivileged and moving experience.

How beautiful that Mary, ever humble, appeared to an unknown farmer. How beautiful that she filled Juan Diego’s coarse-fibered tilma with an armful of out-of-season roses: a sign of Christ’s love, showered back to a people who have so profligately showered theirs upon him.

All around Southern California on December 12 will be pageants, Masses, statues of the Virgin, in her blue, star-studded mantle, held aloft. All around, the ground littered with tinsel, voices will be raised in song to “La Guadalupana,” “La Paloma Blanca,” “La Magnifica.”

May the strains waft up, God rest his soul, to Fr. Bill.

No comments yet
BOWERS MUSEUM OUR LADY OF GUADALUPE