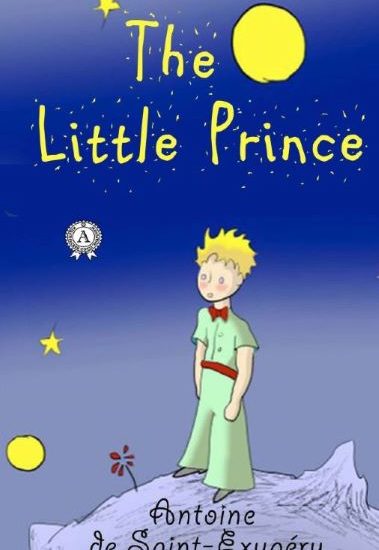 Antoine de Saint-Exupéry (1900—1944) was an aviator and writer whose fable Le Petit Prince (The Little Prince) is the fourth most-translated and one of the highest-selling books in the history of publishing.

Saint-Exupéry was born in Lyon, France to an aristocratic, if impoverished, Catholic family.

His first airplane ride was reputedly during the summer of 1912, when he was 12.

A poor student, he briefly studied architecture, was conscripted into the French air force in 1921, and qualified as a military pilot in 1922.

His aviation career was marked by daredevil exploits, great personal and spiritual courage, and many accidents. His first fiancée broke off the engagement after a crash in which Saint-Exupéry fractured his skull. He flew airmail routes over Africa, South America, and Europe, worked as a test pilot, and reported for Paris-Soir.

In 1931, he married Consuelo Gomez Carillo, a Guatemalan divorcée. The union was stormy. In December, 1935, he crashed in the Sahara and wandered for several days before being rescued by Bedouins.

In 1939, despite permanent disabilities resulting from serious flying accidents, he became a military reconnaissance pilot. After the Nazi invasion of France in 1940, he left for the United States and remained there until 1943.

Le Petit Prince (The Little Prince) was first published, in English, in 1943. Written on Long Island and Manhattan, the 16,500-word novella is often described as a children’s fable for adults.

The narrator is an aviator who as a boy had sorrowfully realized that “reasonable” grownups have no interest in “boa constrictors and jungles and stars.” Reasonable grownups are interested in numbers.

“But, of course, those of us who understand life couldn’t care less about numbers!”

Saint-Exupéry’s whimsically charming watercolors contribute almost as much to the book as the text.

The aviator’s plane crashes in the African desert. He has only enough water to last eight days. “A thousand miles from any inhabited territory,” an apparition appears: a strange little boy with a head of spiky gold curls, a regal green-and-vermilion cape, and a pair of dashing, knee-high boots.

“When I finally managed to speak, I asked him, “But…what are you doing here?”
And then he repeated, very slowly and very seriously, ‘Please…draw me a sheep…”

The little prince has the openness of a child and the otherworldly vision of an adult mystic. He lives on a faraway planet, scarcely bigger than a house, featuring three volcanoes, many unruly baobab seedlings, and a single vain yet fragile rose—with whom the little prince is clearly in love.

The aviator works on fixing his plane. The little prince wanders about the desert, meeting a fox and a snake.

On the eighth day, the two find a well with a working pulley.

“I raised the bucket to his lips. He drank, his eyes closed. It was as sweet as a feast. That water was more than merely a drink. It was born of our walk beneath the stars, of the song of the pulley, of the effort of my arms. It did the heart good, like a present. When I was a little boy, the Christmas-tree lights, the music of midnight mass, the tenderness of people’s smiles made up, in the same way, the whole radiance of the Christmas present I received.”

The secret to life is “quite simple: One sees clearly only with the heart. Anything essential is invisible to the eyes.”

In 1968, the Morgan Library and Museum bought the original manuscript . Christine Nelson, curator of a 2014 show called “The Little Prince: A New York Story,” says that while Saint-Exupéry was a meticulous craftsman, “Wherever he went, he had stacks of onionskin paper with him, and always a cup of coffee or tea by his side, always a cigarette hanging out of his mouth.”

Translated into over 250 languages and dialects, The Little Prince still sells over 2 million copies a year with 140 million sold worldwide.

In spite of advancing age, and poor physical and emotional health, Saint-Exupéry joined the Free French Air Force the same year his masterpiece was published, saying, “I cannot bear to be far from those who are hungry… I am leaving in order to suffer and thereby be united with those who are dear to me.”

In 1944, he took off from Corsica in a Lockheed P-38 Lightning on a reconnaissance mission over France. The plane went down. His body was never found.

Some say he was shot down by a Luftwaffe pilot. Others aver that, depressed over chronic pain and the state of the world, he intentionally crashed.

The little prince had the last word: “Only the children know what they’re looking for.

And however Antoine de Saint-Exupéry died, he, too, surely now owns his own star.

2 Replies to “THE LITTLE PRINCE”