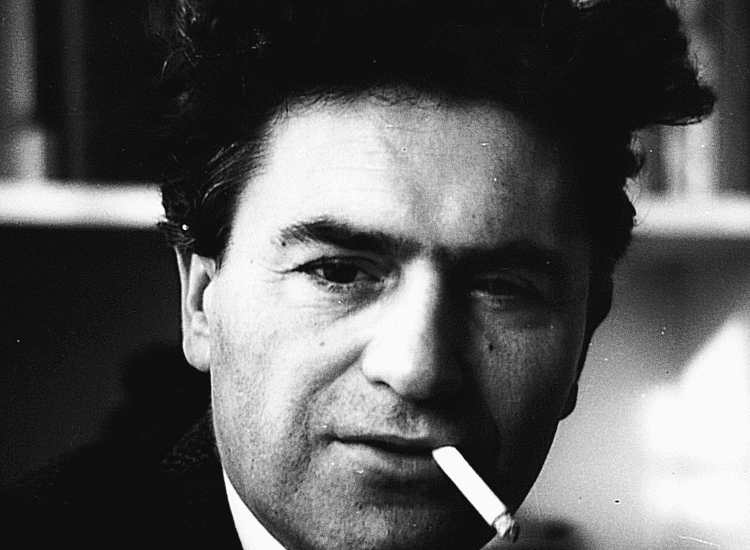 And There Was Light is the strange and beautiful autobiography of Jacques Lusseyran: “Blind Hero of the French Resistance.”

Born in Paris in 1924, Lusseyran lost his sight at the age of 8 in a schoolroom incident. Even at that age, he was groping toward the transcendent. Trying to navigate his way around a world he could no longer see, he came to learn that inanimate things are alive, and of the sympathetic current that runs between the branches of a tree in springtime, and that if you press the little stone you’ve secreted in your pocket, it will press back.

He wrote, “The seeing commit a strange error. They believe that we know the world only through our eyes. For my part, I discovered that the universe consists of pressure, that every object and every living being reveals itself to us at first by a kind of quiet yet unmistakable pressure that indicates its intention and its form. I even experienced the following wonderful fact: A voice, the voice of a person, permits him to appear in a picture. When the voice of a man reaches me, I immediately perceive his figure, his rhythm, and most of his intentions. Even stones are capable of weighing on us from a distance.”

He staved off despair by assuring himself that the blindness was temporary, that the very next day his sight would be restored.

He would never see again, but he did go on to become a brilliant student and a sensitive reader of men’s souls. In 1940, the Germans invaded France. Jacques, 17, continued studying for the entrance exams to the L’École Normale Supérieure, the crème de la crème of French higher education.

From the back bedroom of his parents’ apartment, he also managed to mobilize 52 of his friends and to spearhead an underground youth resistance movement that came to be known as Les Volontaires de la Liberté. At its height, the organization boasted 600 members (both men and women), published a newsletter, and produced forged documents with which to help smuggle French POWs across the border.

With his uncanny ability to read character, Jacques was put in charge of recruitment. Only one man he hesitated before admitting: Elio, who would go on to betray the movement to the Gestapo. Jean, Jacque’s dearest childhood friend, died under torture, as did many other of his former comrades. Lusseyran himself was interrogated, imprisoned for six months, and sent to the concentration camp at Buchenwald.

Of his fifteen months there, he observed: “That is what you had to do to live in the camp: be engaged, not live for yourself alone. The self-centered life has no place in the world of the deported. You must go beyond it, lay hold on something outside yourself. Never mind how: by prayer if you know how to pray; through another man’s warmth which communicates with yours, or through yours which you pass on to him; or simply by no longer being greedy…Be engaged, no matter how, but be engaged. It was certainly hard, and most men don’t achieve it.”

Lusseyran arrived at Buchenwald with 2000 other men. He spent his time at Buchenwald trying to organize, and shore up the spirits of, his fellow inmates. Spared the rigors of forced labor because of his blindness, he was nonetheless weakened and sick. When the U.S. Army liberated the camp in April, 1945, he was one of only 30 survivors of the original shipment.

That any man survived the camps is remarkable. That a blind man did is of a different order altogether. Lusseyran seemed not quite of this world and perhaps therein lay the key to his survival, for the world he did inhabit seems to have been free of all self-pity, all cant, all hate. He was a hero in the mold of Christ: a man who laid down his life for his friends not in the course of committing violence, but by insisting upon love.

At the conclusion of the war, he married, came to the United States in the 1950’s, and taught literature at Western Reserve University and the University of Hawaii. On a trip back to his beloved France in 1971, he was killed along with his wife Marie in a car crash.

His spirit lives on. For out of the shameful, stinking ashes of the Holocaust came this:

“When you said to me: ‘Tell me the story of your life,’ I was not eager to begin. But when you added, ‘What I care most about is learning your reasons for loving life,’ then I became eager, for that was a real subject.”

2 Replies to “JACQUES LUSSEYRAN: BLIND HERO OF THE FRENCH RESISTANCE”